No podium necessary for Shaq! 7ft 1in NBA legend O’Neal towers over Lewis Hamilton – despite 5ft 7in F1 star standing on a step – as he presents Max Verstappen with the winning trophy at the United States Grand Prix

It’s no secret that Shaquille O’Neal is a giant of a man and the NBA legend’s 7ft 1in frame was emphasised spectacularly during the unfamiliar surroundings of the United States Grand Prix on Sunday.

Formula One fans were treated to a thrilling race at the weekend as championship leader Max Verstappen fended off title rival Lewis Hamilton to extend his lead at the top by 12 points.

And during the post-race presentation in Austin, Texas it was O’Neal who was on hand to deliver the winning trophy to Verstappen. 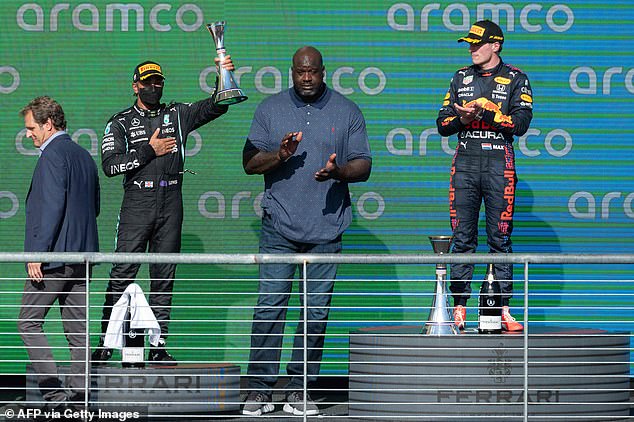 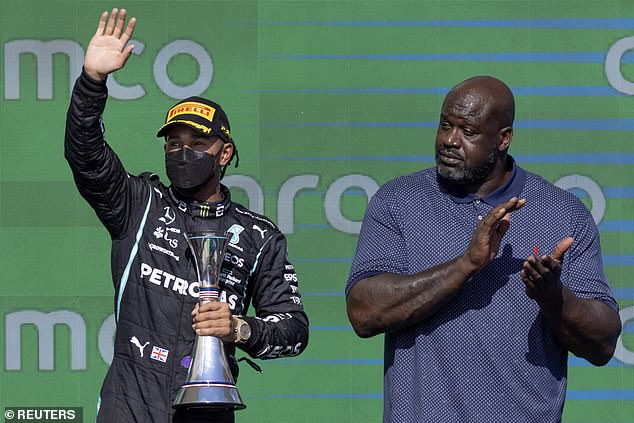 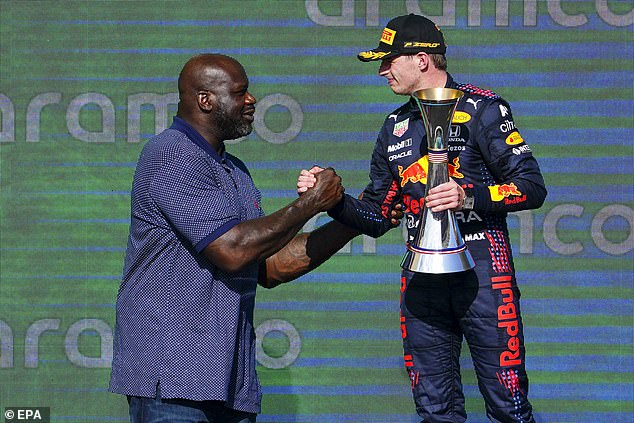 It’s custom for those awarding the trophy to the winning driver to then vacate the space for them to enjoy the moment but O’Neal stood in the background as Hamilton and third-placed Sergio Perez picked up their gongs.

In doing so, O’Neal inadvertently brought some humour to the podium as he stood in between Verstappen and Hamilton with his 7ft 1in body still towering over the latter – despite the Brit standing on a raised platform.

Hamilton is 5ft 7in – meaning he is naturally 1ft 6in shorter than the four-time NBA champion. However, even standing on the second step Hamilton still couldn’t surpass O’Neal’s height at the Circuit of the Americas.

O’Neal made a grand entrance to the paddock, arriving in the pit-lane in an open-top car to present the trophy, and had to duck to make his way into the garage and up on to the podium – such is his towering presence. 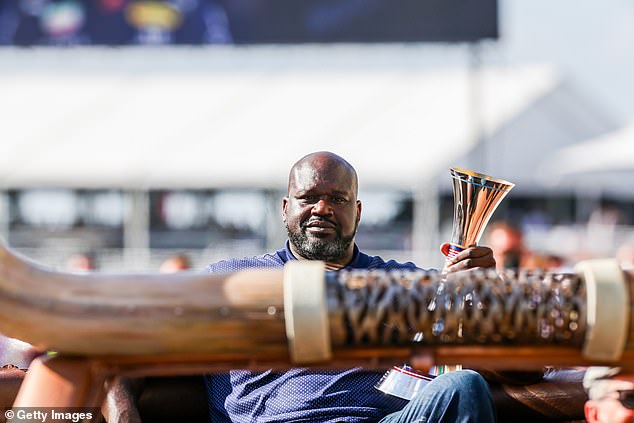 O’Neal made a grand entrance to the paddock, arriving in the pit-lane in an open-top car 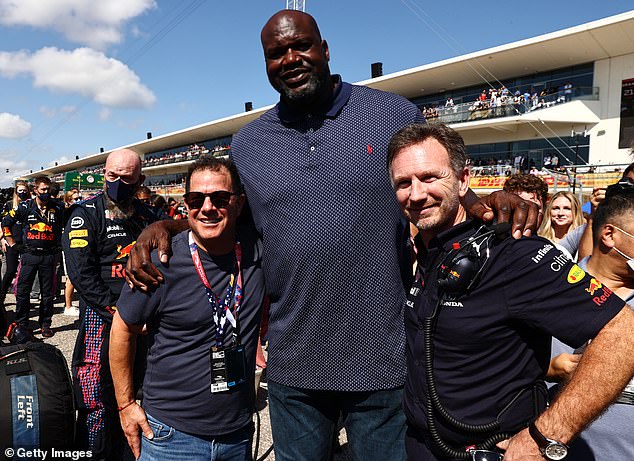 Despite that light-hearted moment, Hamilton knows he has a tall task on his hands if he is to beat Verstappen to win a record-breaking eighth F1 world title.

Next up is the Mexican Grand Prix on November 7 – a traditional happy hunting ground for Verstappen’s Red Bull team.

If they achieve an expected victory there, then it leaves Mercedes and Hamilton just the final four races left of the season to rectify a growing deficit. 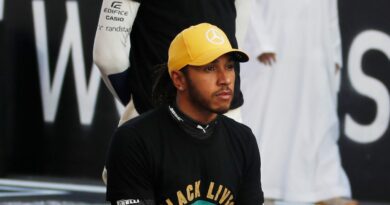