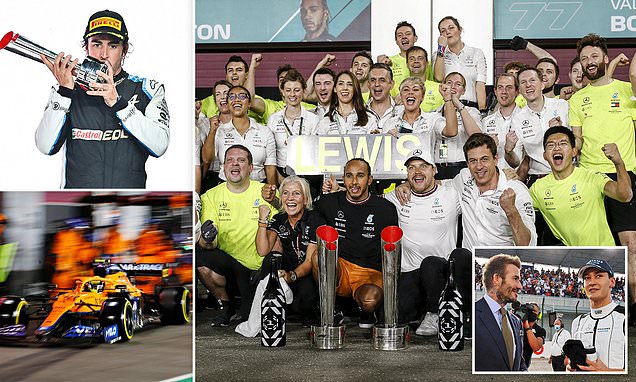 The Qatar Grand Prix may not have been as exciting as the proceeding race in Brazil where Lewis Hamilton carved his way through the field to take a stunning win, but it did keep the title fight on track for a final race decider.

Hamilton’s lights to flag triumph at the Losail Circuit in front of Max Verstappen was much more straightforward as he trimmed the Dutchman’s advantage down to just eight points, with much of the race’s drama happening behind the main title contenders.

Fernando Alonso’s charge to third was among the highlights of a race headlined by sudden punctures to four drivers. Here Sportsmail looks back at six things we learned from the event. 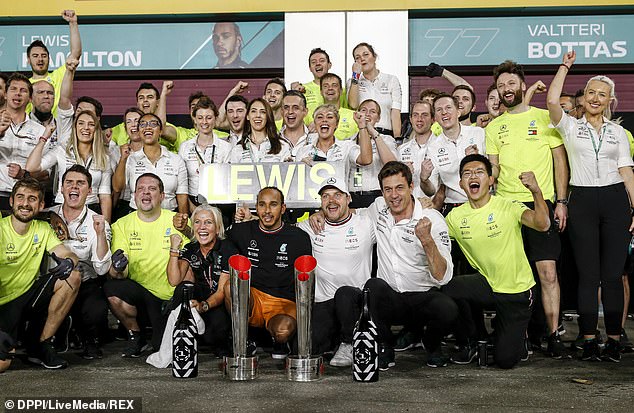 There was room for debate before Friday, but not now. Red Bull and Verstappen had no answer to the awesome speed of Mercedes as Hamilton never looked in danger of losing the race – especially after taking pole position by nearly half-a-second.

While there are fears that the new engine fitted onto Hamilton’s car before the proceeding Sao Paulo Grand Prix will dramatically lose performance over time and mileage, it’s still hard to see Mercedes lose that much speed compared to their rivals. 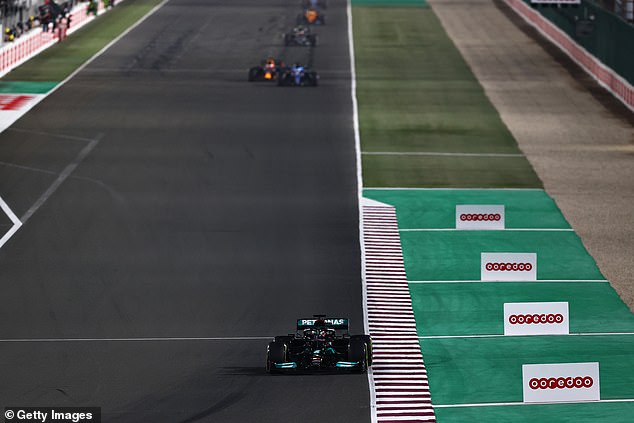 This is especially true as the championship heads into the final two rounds at Saudi Arabia and Abu Dhabi, which are set to favour Hamilton’s machinery over Verstappen’s Red Bull due to their high-speed layouts.

If Hamilton wins both – and after back-to-back wins there appears little can stop him right now – he will win a record eighth world championship.

Red Bull’s only hope to slow their rivals down appears to centre on the scuff marks in the Mercedes rear wing, which could be evidence of breaching technical regulations around moving aerodynamic parts.

The Milton Keynes outfit though are running out of time to get a protest in as they gather evidence, although Mercedes claim they are running in compliance with the rules and their wing passes all regulation checks. Either way we may not have seen the last of the stewards room for these rival teams. 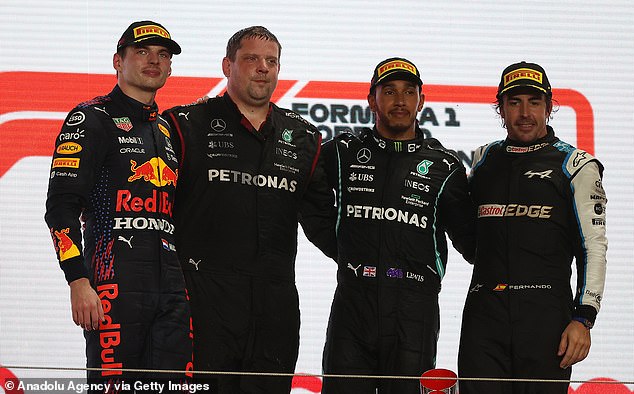 Much was made of Hamilton’s storming charge from the back of the grid in the Brazil sprint race to grand prix winner at Interlagos last weekend.

It was one of the Brit’s greatest drives, but more importantly it was the type of aggressive, clinical and skilful performance that you typically only see from drivers capable of winning a world championship.

Verstappen shared the same traits in his extraordinary storm up the field to second in the opening laps in Qatar.

The Dutchman found himself starting down in seventh but crucially behind his title rival’s team-mate Valtteri Bottas following five- and three-grid place penalties respectively for ignoring yellow flags in qualifying.

Mercedes would have been desperate for the Finn to hold off Verstappen and allow Hamilton to try and trim the points gap down even closer than the eight-point margin he now trails Verstappen by.

Instead Verstappen passed Bottas at the start and by the end of the second corner was up to fourth and challenging Fernando Alonso.

By the time he had reached lap five, he was already up to his maximum potential of second behind the checked out Hamilton, with the duo then driving off into the distance.

Bottas, meanwhile, after the fifth lap was stuck down in 11th and out of the points. As good as the Finn is, when the chips are down the greats come to the fore. 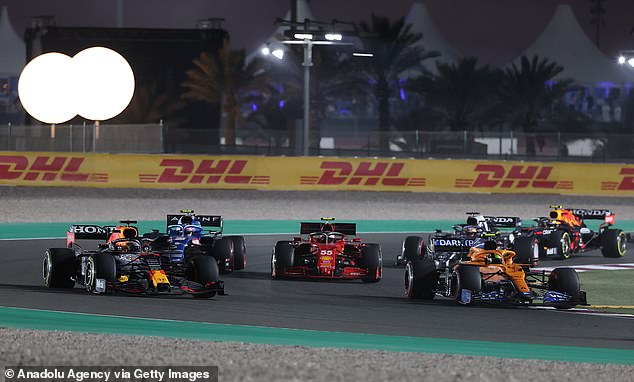 Fernando Alonso is still quick even at 40

There was more chance of Alonso losing a lot more than he stood to gain after coming back into Formula One this season after two years away.

The two-time world champion had done it all in the sport, and admittedly a series of poor cars throughout the second half of his career prevented him from winning much more.

His low-key departure from a poor McLaren in 2018 was not fitting for a driver of his stature and it would have motivated his desire to return with Alpine this season.

But he was risking denting his reputation further by coming back at such an old age. Michael Schumacher’s F1 record will always be stained by his poor three years at Mercedes after he hit his 40s. 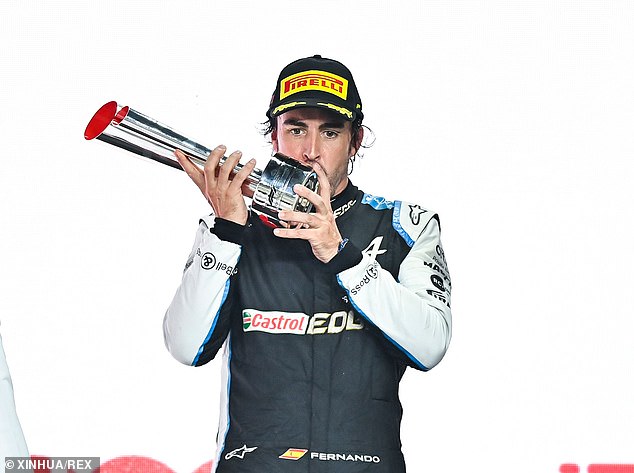 Kimi Raikkonen has driven well for Alfa Romeo at 42 years old but he will retire at the end of the season as a mere also-ran, and a long, long time after he was once considered one of the quickest and most feared drivers on the grid.

Alonso hit the magic 40 mark earlier this season yet continues to show why he has lost little, if any, of his talent – after securing his first F1 podium for seven years.

His third place at the Qatar Grand Prix was earned entirely on merit, as he nursed his tyres to perfection and coupled it with his typical speed and racing prowess – highlighted by his stunning pass around the outside of Pierre Gasly for second place on the opening lap.

After Nigel Mansell in 1994 and Schumacher’s sole Mercedes podium in 2012, he is just the third driver aged over 40 to take a top-three finish in the last 35 years. Given the form he has shown – you do wonder just what he might still be capable of in a championship winning car. 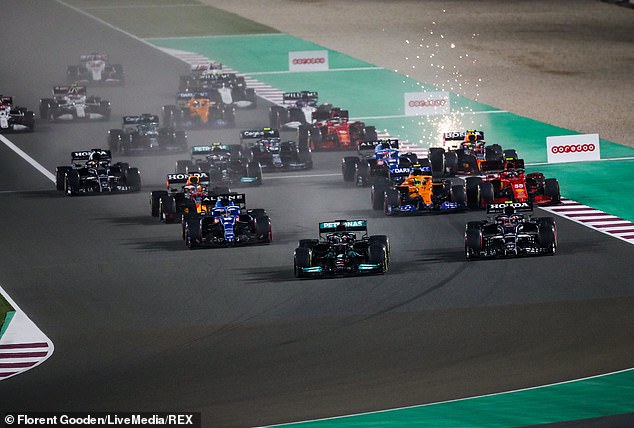 Tyre issues are a reminder of why F1 needs jeopardy

As a quick disclaimer this is not a call to encourage tyres to be made so they could randomly generate the surprise punctures and failures suffered by many F1 drivers throughout the Qatar Grand Prix weekend.

Tyre company Pirelli will investigate the cause of the sudden punctures suffered by the likes of Bottas, Lando Norris and the two Williams cars, who had little to no indication of their tyre failures before they happened.

There is clearly a safety element to deal with here, but the retirements added much needed excitement to a race where first and second place had pretty much been decided five laps into the grand prix.

Reliability has improved drastically over the last 20 years of Formula One but in doing so has limited jeopardy, with cars no longer suffering from the mechanical issues of years gone by which so often could turn a race on its head.

Cars still have their issues of course, but many of them are either spotted early by teams and result in careful nursing – or are simply fixed by the driver pressing the equivalent of CTRL+ALT+DEL via the computer system in their car.

With components now having to last many races in the aid of cost cutting, it reduces the risk further of random car failures as endurance seems to be taking a bigger importance over outright speed in F1.

Jeopardy is a key ingredient to any sport, but how to increase it without recklessly endangering F1 drivers is a tricky hurdle to overcome. 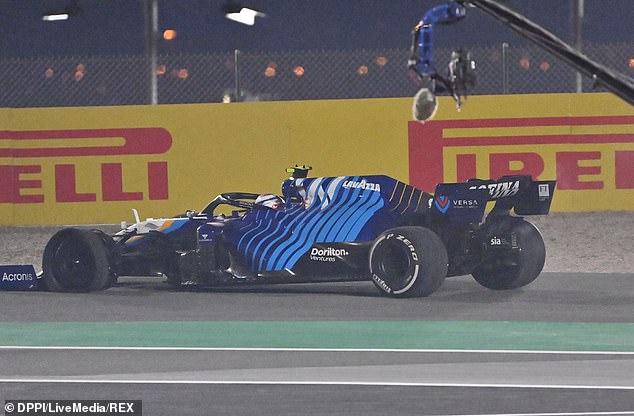 A 900th to forget for McLaren… but Beckham’s impressed

The Qatar Grand Prix was the 900th race start for McLaren who have been enjoying one of their best seasons in the last decade as they look to slowly get back to their heady days as championship contenders.

In 2021 though the battle is for third along with another sleeping giant in Ferrari, and after winning in their rivals back-yard at Monza at the Italian Grand Prix with a stunning and unexpected one-two finish, it looked to be theirs for the taking.

Not a good time to try and impress David Beckham, who was a special guest watching from the pit-lane in his controversial role as World Cup ambassador for Qatar for the finals in a year’s time. 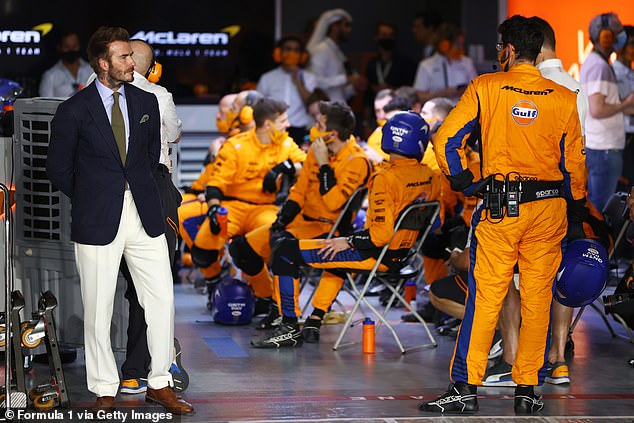 The former England captain though was still left in awe by the team, as a speedy pit-stop by Lando Norris left Beckham mouthing the words ‘wow’.

The only positive for McLaren in Qatar was that they looked like securing a targeted top-five finish through Norris, who was running fourth late on before suffering his random puncture that resulted in him only placing ninth.

It shows that the car does still have the pace to compete with Ferrari, but with just two races to go they are now 39.5 points off their old rivals.

Not helping the McLaren outfit has been the form of Daniel Ricciardo, who has now gone three races without scoring a point. His worst run of the campaign.

It was a 900th to forget for McLaren, who look like they will have to settle for fourth this year on their road back to the top. 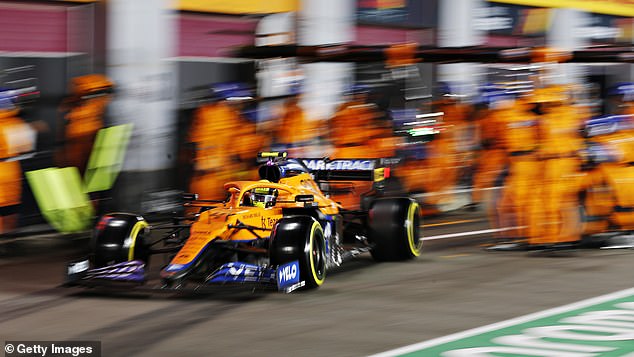 Work to do at Williams

In the middle of the season, there was much celebration at Williams as with both drivers they earned the team’s first points in two years following the Hungarian Grand Prix.

Another double points finish followed at the Belgian Grand Prix, with George Russell claiming second – albeit the points were de-facto handed out after qualifying following just two laps being run under the safety car on race day due to excessive rain.

The Brit then brought points home again in two of the following three races, spurring hopes that the team were on a comeback following a few years of propping up the grid.

However that burst of form has since deserted the team and their result in Qatar was their worst since the Styrian Grand Prix in June.

Albeit Russell’s 17th place was caused by his puncture, with team-mate Nicholas Latifi suffering the same problem that put him out of the race, it still marks five consecutive races Williams have come away with nothing and shows work is still to be done at Grove to get the team firing again. 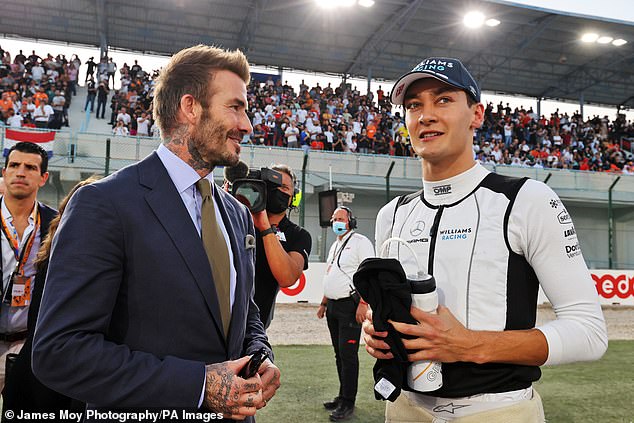 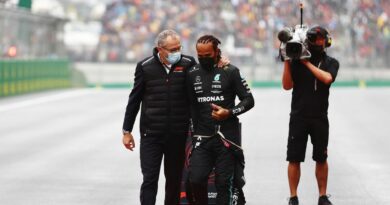