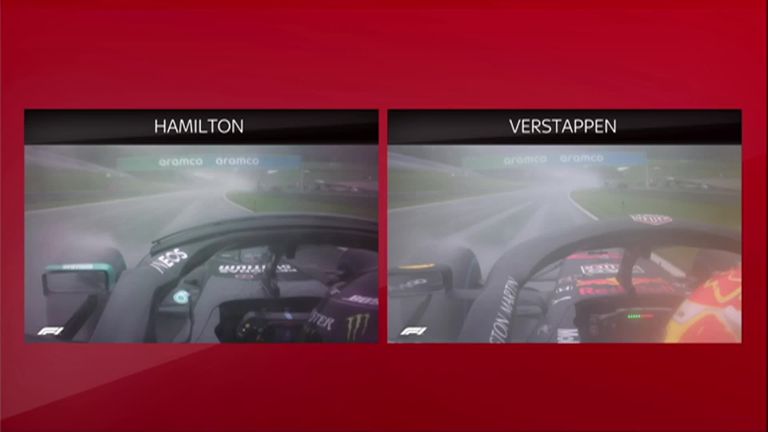 Lewis Hamilton claimed a brilliant first pole of the 2020 season with a wet-weather masterclass in treacherous track conditions at the Styrian GP.

A week on from being beaten to pole by team-mate Valtteri Bottas in Austria and then finishing a penalised fourth in the race, a breathtaking Hamilton claimed pole by a massive 1.2-second margin from Red Bull’s Max Verstappen in a delayed qualifying hour.

Verstappen was challenging his Mercedes rival on the final lap but a half-spin at the final corner put paid to the Dutchman’s ambitions. In any case, Hamilton was going significantly faster on his own lap behind and uncorked a stunning 1:19.273 pole-securing time.

“It was looking like a really good lap by Max, but Lewis’ lap was extraordinary,” said Sky F1’s Jenson Button. Hamilton, maintaining his unique record of claiming at least one pole in every season of his career, said: “What a tricky day, the weather’s obviously incredibly difficult out there for all of us. A lot of the time you can’t even see where you’re going.

“I had one big moment the lap before the last, which definitely had my heart in my mouth, but I was able to improve on the last lap which was nice and clean.” McLaren qualified third for the second week in succession – this time with Carlos Sainz – as they took the scalp of Bottas, the early championship leader. The Finn lapped 1.4s slower than Hamilton in Q3 and pointed to glazed brakes on his Mercedes.

Esteban Ocon shone for Renault as he out-qualified Daniel Ricciardo at the second attempt to take fifth on the grid ahead of Lando Norris – who carries a three-place grid penalty into the race – and the other Red Bull of Alex Albon.

But the big change in conditions compared to last weekend did not change the fortunes of struggling Ferrari.

Sebastian Vettel was 10th and slowest of all in Q3, while Charles Leclerc missed out in Q2 this weekend after his team-mate fell at the same second hurdle last week.

Leclerc will start from 11th place – where he will share row six with George Russell, who claimed improved Williams’ best qualifying result since 2018 and the highest grid placing of his bourgeoning career. 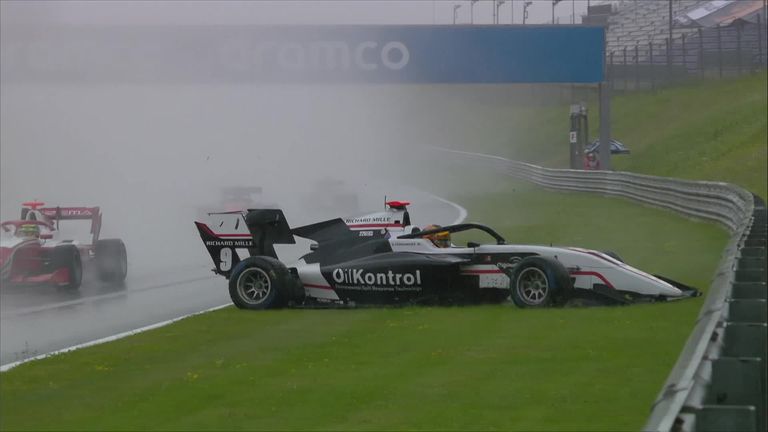 The F3 race in the morning started on schedule but was red-flagged soon after and eventually called off, while F1’s Practice Three session did not begin at all.

And although the weather improved in the hour before qualifying, the heavens opened significantly again once more in the minutes before Q1 was due to begin and the session was duly put on hold.

It was another 46 minutes before Race Control deemed conditions suitable for track running and, with forecasts continuing to be uncertain, a frenetic qualifying hour began.

Hamilton topped Q1 and Q2, but Verstappen finished within two tenths of him in both sessions. 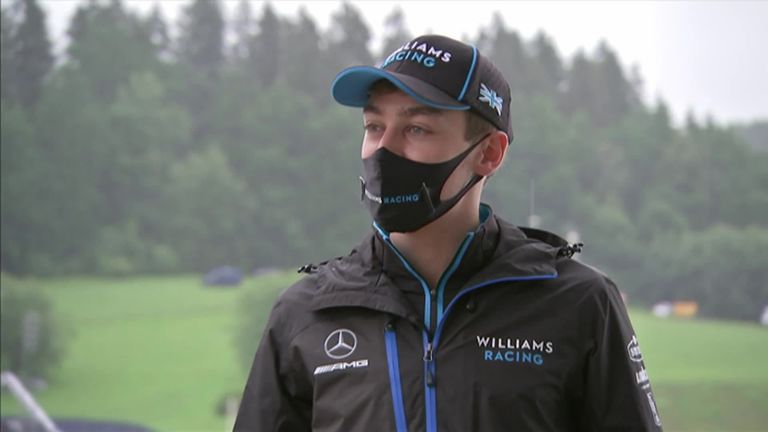 By that stage, Sergio Perez in the highly-fancied Racing Point – which would likely have been challenging for the top six in the dry – had dropped out in Q1, followed by team-mate Lance Stroll and Leclerc in the second stage.

Q3 began amid intensifying rain and Hamilton upped the ante relative to his would-be challengers, outpacing Verstappen by 0.8s and the rest of the field by more than a second.

“This is outstanding driving. In these conditions, absolutely outstanding through the field,” said Brundle, with a number of drivers such as Sainz and Ocon playing starring roles alongside the front two.

On the final laps, Verstappen was within 0.078s of Hamilton’s benchmark time before his Turn Nine spin – but the Mercedes was already lighting up the timesheet behind him on the track and to further put pole out of reach. 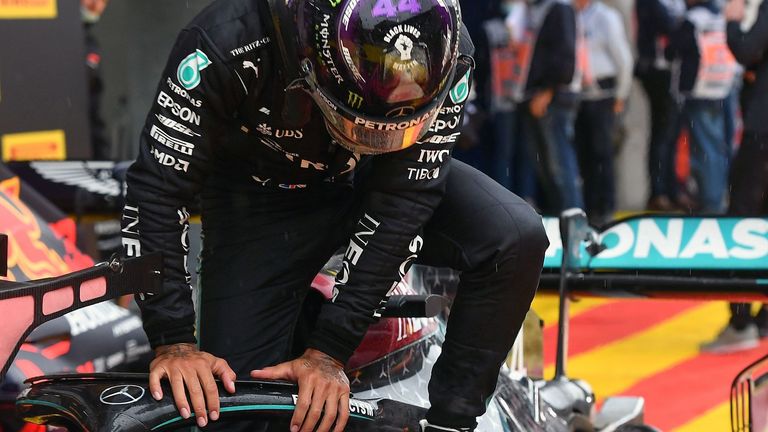 “I think overall it was a good qualifying but in Q3 it was raining a lot more,” said Verstappen, who dropped out of last week’s season-opener with reliability trouble. “It seems we were struggling a bit more in the really wet conditions. I was aquaplaning a lot more.

“But I think P2 is still good. It was just very tricky out there. The last lap was a bit better but I don’t think it was enough to beat Lewis.”