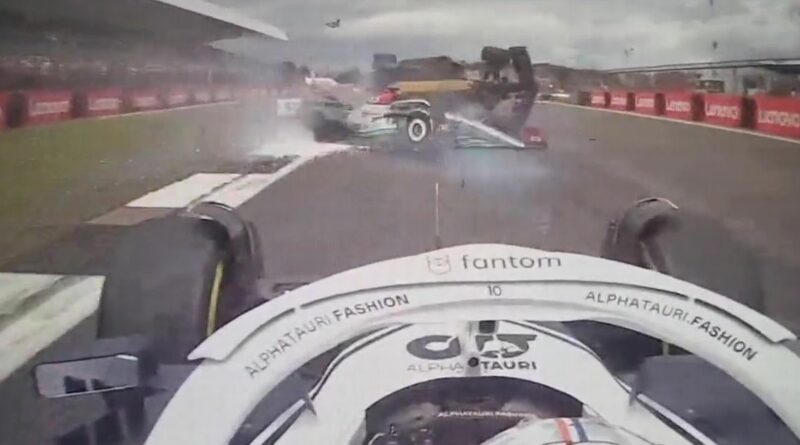 Terrifying onboard footage showed how Zhou Guanyu suffered a horror crash at the British Grand Prix.

Alfa Romeo driver Zhou was flipped upside down on the start/finish straight after lights out at Silverstone, causing a red flag after just one corner of the race. No replays of the incident were shown while the Chinese driver was attended to.

To the relief of all, he was extracted from the car and stretchered away before being taken to the medical centre for further evaluations. Once Zhou was confirmed as being in a conscious state, it was shown how he ended up the wrong way up.

Pierre Gasly had tried to go through a gap between Zhou and George Russell, which narrowed as the latter moved to the left. Gasly tried to back out but clipped Russell's rear left tyre, sending him into a spin.

The Mercedes slammed into an unsuspecting Zhou, causing him to flip and skid all the way to the safety barrier before flying over that and into the fencing.

Russell exited his car to go and check on Zhou, who had thankfully avoided serious injury largely thanks to the halo. Alfa Romeo have since issued an update on his health.

Williams driver Alex Albon was also involved in a nasty crash which came about as a result of the first-lap drama. He had braked hard, causing Sebastian Vettel to rear-end him and send him spinning.

The Brit was airlifted to hospital for precautionary checks, while Yuki Tsunoda and Esteban Ocon also suffered car damage but were able to continue once the race was restarted. 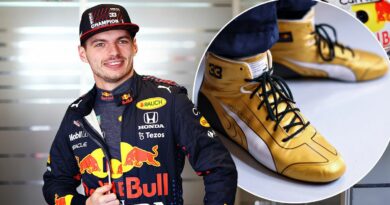 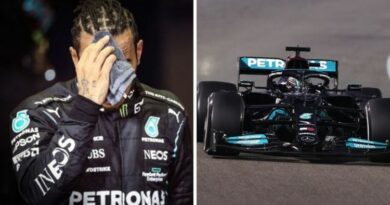