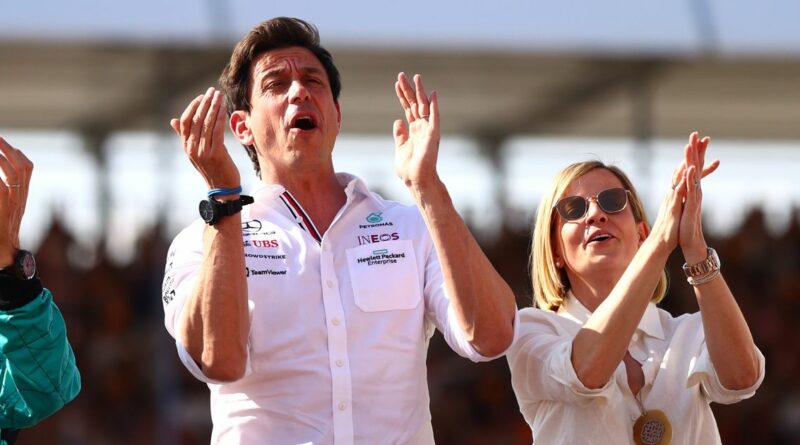 Mercedes' team boss Toto Wolff has accused Max Verstappen of committing a 'tactic foul' when he collided with Lewis Hamilton at the Italian GP.

The two cars collided as they jostled for the position at the front of the pack.

The Dutchman's car flipped up on the Brit's engine as the two spun off the track early on during the proceedings.

Both drivers were able to walk away from the crash, but both were forced to retire from the race, keeping Verstappen five points ahead of Hamilton.

And Hamilton's boss wasn't too happy with the Dutchman following the chequered flag.

"The stewards are going to decide who is to blame. I would say it was a clear tactical foul. He probably knew that if Lewis stays ahead then that is the race victory," Wolff fumed to Sky Sports.

"It doesn't look like [they were] alongside, no. Then you go over the sausage kerb in the middle.

"I think if you compare it to lap one, there was no space left and got pushed off the track actually.

"But I will let stewards make the judgement, I don't want to be a panther-like some of my colleagues do.

Who do you think was at fault for the crash? Let us know in the comments section

"I think at that time, [Lewis] was on the outside, but [Max] just went over the sausage kerb and jumped a bit.

"It was clear for Max in there that it would end up in a crash. I think if we don't manage it -and I'm sure the stewards will look at it in the right way – this is going to continue.

"We had a high-speed crash at Silverstone, we had one car ending up on top of the other one on Lewis' head here, so how far can it go?

"Maybe next time we will have a high-speed crash and they will land on each other."

Daniel Riccardo came out on top for his first victory of the season in the absence of F1's two heavyweights.

Lando Norris and Valtteri Bottas rounded out the podium. 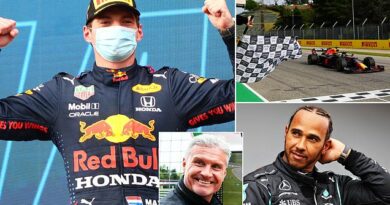