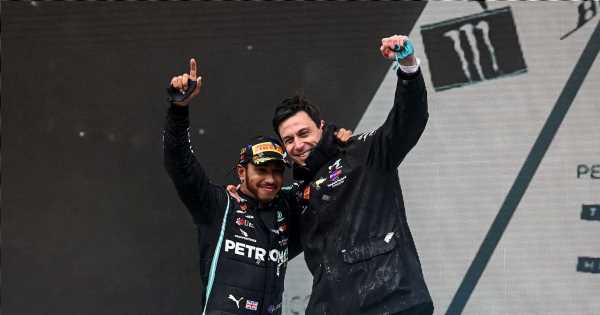 Toto Wolff has given hope to Mercedes fans after detailing the plan to 'unlock' the cars full potential in the upcoming races, which may save Lewis Hamilton's season.

The seven-time world champion has had a campaign to forget so far, finding himself well off the pace and finishing outside of the points at Imola, while also suffering further embarrassment by being lapped by rival Max Verstappen during the race. Wolff apologised to Hamilton after the race by stating the car was 'undriveable', despite the fact that teammate George Russell continued his fine performances this term and maintained his record of a top-five finish in each of the four races so far this term.

With Russell managing to find some joy in the car, the hope is that it's only a matter of time until Hamilton's finds his rhythm and he may find encouragement from developments that Mercedes have in the works – which Wolff believes can 'unlock' the car.

Wolff said: "We very much believe that the science we are putting in at the moment will help us to, in effect, run the car lower. It is where we believe we have all the aerodynamic goodness, but we haven't been able to unlock it because of the bottoming of the car.

"If we are able to get on top of that, that means there's quite some laptime we can find. If not, we need to have another idea."

Wolff then moved on to address the 'porpoising' issues directly, adding: "The fundamental issue that, in a way, overshadows everything, is that our car is porpoising more than others. Because of the bouncing, we are not able to run it where it should run, and that has huge ramifications on the set-up, on the tyre grip etc, etc, etc.

HAVE YOUR SAY! Can Lewis Hamilton salvage his season and fight for the title? Comment below.

"So, one is interlinked to the other. I think if we get on top of the porpoising we would unlock much more in terms of performance on the car. If we don't get on top of that, there are more conventional development paths that we have not yet taken. I want to give us the time to really properly take such a decision."

The general consensus ahead of the next race in Miami, taking place on May 7th, will come too soon for Mercedes to display significant improvements but the following Grands Prix in Barcelona is outlined as when the start of a fightback could be.

That would be perfect timing as Barcelona is the start of the first double-header race weekends of the 2022 season, with Monaco swiftly following.