Home » Racing » F1 » Valtteri Bottas contract: How much does the Mercedes driver earn? 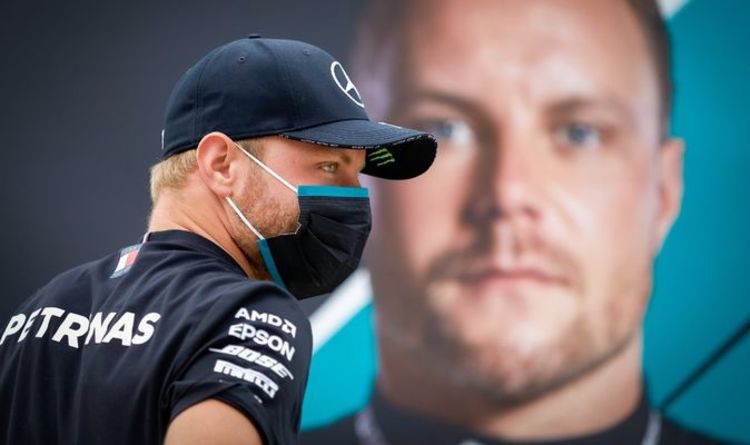 Valtteri Bottas’ contract for 2021 was secured back in August, taking him into a fifth season with Mercedes. He won two races and secured 11 podiums last year to finish second in the drivers’ championship. In a statement about his one-year extension, Bottas said: “I’m very happy to stay with Mercedes in 2021 and build on the success we’ve enjoyed together already.

“Thank you to everyone in the team and the wider Mercedes family for their continued support and their trust in me.

“I’m very proud to represent this great team and the three-pointed star on our journey together again next year.

“The past few years have been all about continuous improvement, working on every aspect of my performance.

“I’m confident that today I’m the strongest I’ve ever been, but I can always raise the bar. 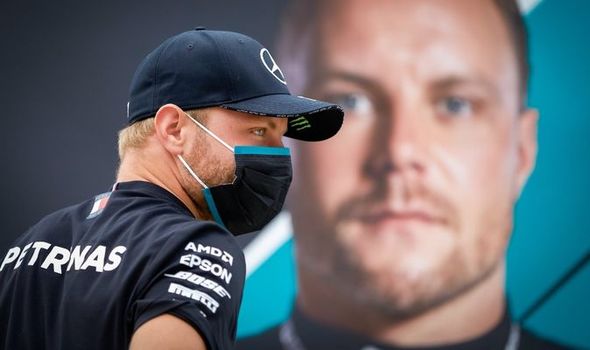 “Mercedes embraces the same philosophy: They always want to get better and are always hungry for more.”

How much does Valtteri Bottas earn?

According to Wage Indicator, Bottas earns around £6.75million ($9m) per year with Mercedes.

His team-mate Lewis Hamilton is currently in talks over a new deal. 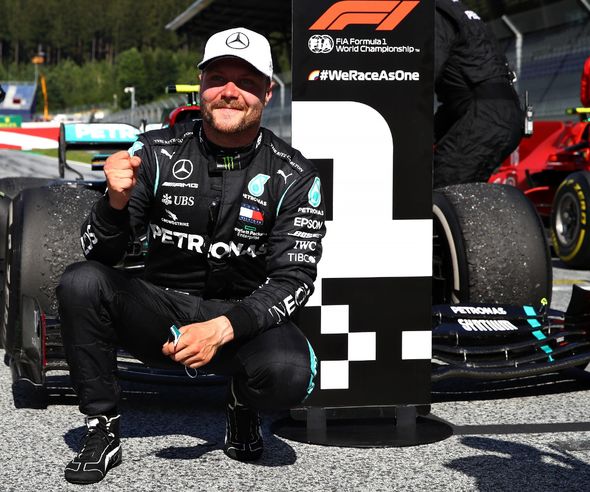 The Briton’s contract, which reportedly paid him £40m-a-year, expired at the end of the season.

Bottas, though, revealed when it came to his extension it was “pretty much copy and paste with many things”.

He added: “There are always some things you might discuss, but everything was really straightforward.

“I’m sure it’s more difficult for the lawyers and the people having to do the paperwork. 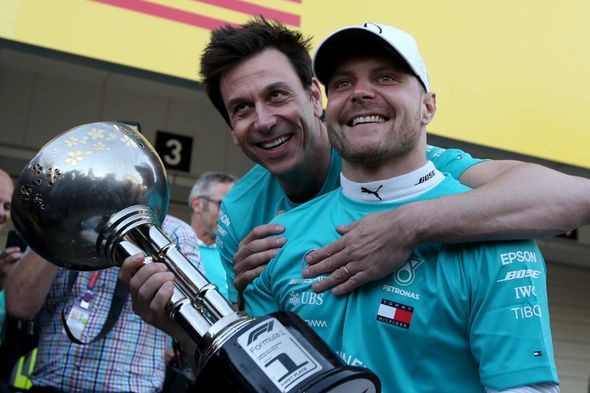 Mercedes boss Toto Wolff also expressed his delight that the Finn had agreed to stay with the team for 2021.

“We are very excited that Valtteri will stay with the team for at least one more season,” Wolff said in a statement.

“We’re seeing the strongest Valtteri we’ve ever seen this year – in terms of his on-track performance, but also physically and mentally.

“He is second in the championship, finished the last season in P2 and plays a very important part in our overall team performance.

“I’m confident that we have the strongest driver pairing in F1 today and signing Valtteri is an important first step in retaining this strength for the future.

“Valtteri is a hard-working, straightforward guy who has a good relationship with the entire team – including his team-mate, which is not a given when both drivers are fighting for the championship.

“I’m looking forward to seeing him continue to raise the bar together with us this year and in 2021.”