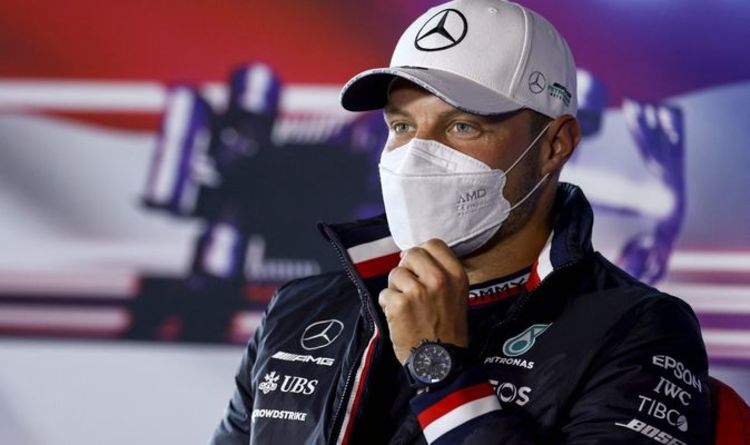 Valtteri Bottas has insisted “I still have a good few years in Formula 1″ and has outlined the four things he wants from his next contract. Speculation is rife that Bottas, 32, will be replaced at Mercedes for 2022 by George Russell. The British driver produced a remarkable display at Spa last weekend, qualifying second in an uncompetitive Williams car, and Mercedes CEO and Team Principal Toto Wolff has said the decision has already been privately made. However, he added nothing would be revealed until the driver missing out had found a team for next season.

This has been widely interpreted as Mercedes waiting for Bottas, who joined them in 2017, to sign a deal elsewhere.

Regardless, the Finnish driver has now outlined the four main terms he wants in his next contract, irrespective of which team he’s at.

“A multi-year contract would be nice. That’s something I’ve never had before in Formula 1,” he said.

“That way I could definitely give good, full commitment to the team, not just for that year but knowing that the work continues.”

And as well as long-term security, Bottas suggested he wants his next venture to be stimulating.

“Those are really the main things I’m looking for.

Bottas inadvertantly added fuel to the fire on social media this week, with many fans assuming it was cryptic post referring to his future.

“I ordered the car last winter already, because it was quite a limited edition, and with that paint job also it’s even got Niki’s red star on the car,” said Bottas, referencing the special star Mercedes has included on its cars since the passing of former boss champion Niki Lauda.

“I paid the full price for the car myself, I didn’t get any discount. So, it was not a gift.”

Bottas spent four years at Williams before moving to Mercedes to replace Nico Rosberg, since helping the team to four straight Constructors’ titles.

If he signs for Alfa Romeo, he will replace his fellow Finn Kimi Raikkonen, who announced his retirement on Wednesday.