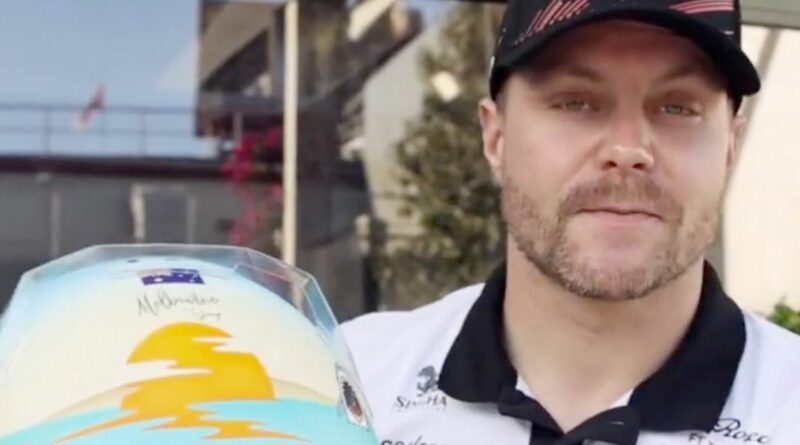 Alfa Romeo driver Valtteri Bottas has paid tribute to his girlfriend ahead of the Australian Grand Prix as she hails from Down Under.

Formula 1 returns to Albert Park in Melbourne for the first time since 2020, where the event was spectacularly cancelled at the last minute due to the emergence of Covid. The last race took place in 2019, with Bottas emerging victorious in a Mercedes ahead of teammate Lewis Hamilton, who was on pole.

With the sport finally returning to Melbourne, Bottas decided to show off an Australia-inspired helmet, which he is donning in honour of his girlfriend Tiffany Cromwell. The 33-year-old is a professional road cyclist was born in Stirling, South Australia and made her Olympic debut in Tokyo last summer.

Bottas and Cromwell have been together for just over two years as they confirmed their relationship soon after the Finn split from his wife Emilia Pikkarainen. To celebrate the Australian Grand Prix going ahead fo the first time in three years, Bottas showcased his new lid for the weekend – which was designed by Cromwell.

She featured a number of images and colours to represent her native Australia. Bottas proudly showed off his helmet in an Instagram video, saying: “I absolutely love this helmet, designed by Tiffany.”

The helmet highlights various cartoon pictures of gorgeous sand-laden beaches, kangaroos and a shark as well as an Australian flag. There is also a beautiful picture of the sun setting on the ocean with swimmers appearing to be enjoying themselves among the waves.

Do you think Valtteri Bottas will finish ahead of former teammate Lewis Hamilton at the Australian Grand Prix? Let us know in the comments section.


It isn’t the first time since 2019 that Bottas has been to Australia, as he reportedly spent time with his girlfriend in the country over the winter. It is perhaps unsurprising that he wanted to return, given he won the 2019 Australian Grand Prix.

The 32-year-old is now driving for Alfa Romeo after moving to the Swiss-based outfit to replace the retired Kimi Raikkonen. He was ultimately replaced by George Russell at Mercedes, but the Silver Arrows have struggled so far in 2022.

Bottas finished P6 in the season-opening Bahrain Grand Prix before suffering mechanical issues in Jeddah, where the Saudi Arabian Grand Prix was held. Perhaps his new helmet – and girlfriend – will inspire him to perform well and earn further points Down Under this weekend. 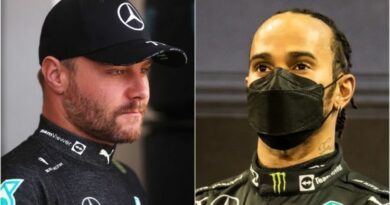 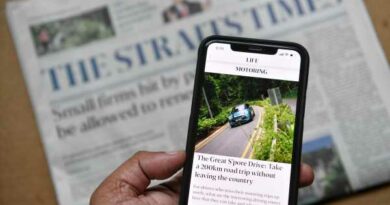 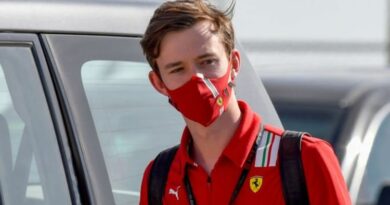