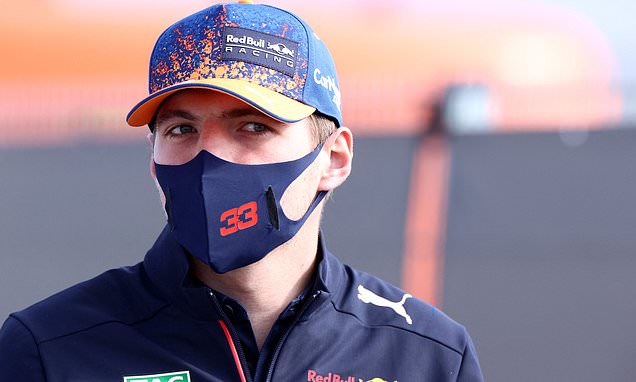 Max Verstappen will head into qualifying at the Dutch Grand Prix with a big boost after going comfortably fastest at his home circuit.

The Dutchman finished in front of Mercedes duo Valtteri Bottas and Lewis Hamilton at Zandvoort – going eight tenths quicker than his British title rival in third.

LIke the two Friday practice sessions, running was disrupted by a red flag following a heavy crash for Carlos Sainz in his Ferrari, with his team now facing a rush to repair his car in time for qualifying. 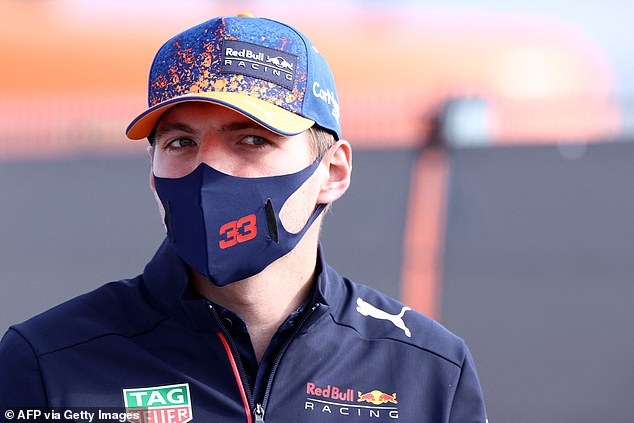 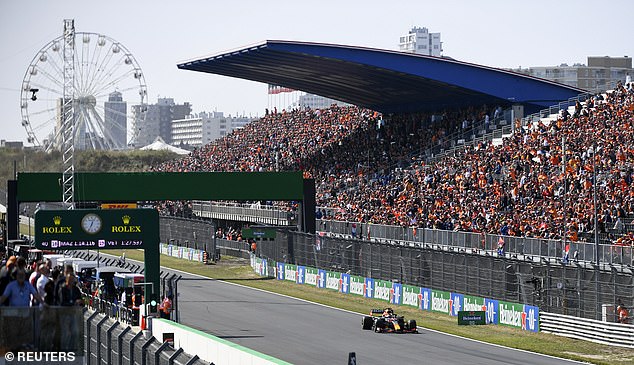 The Red Bull driver will be racing in front of 70,000 of his home fans at Zandvoort on Sunday

Both sessions on Friday were heavily disrupted by red flags and they were out again on Saturday when Sainz spun off into the barrier heavily damaging his Ferrari.

Although the Spaniard safely climbed out of his Ferrari and looked ok, the front of his car was severely damaged following a collision with a Tec-Pro barrier. 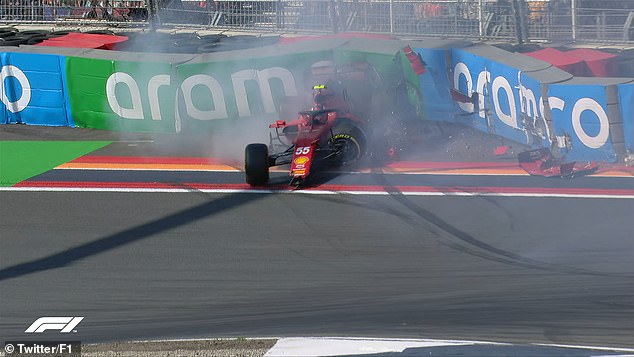 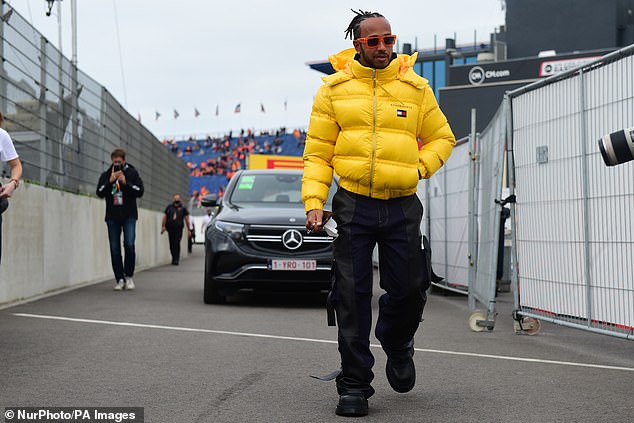 Lewis Hamilton, pictured arriving at the track, was third fastest for Mercedes

Sebastian Vettel, Lando Norris and Mick Schumacher all ran off the circuit in the windy conditions.

Alfa Romeo reserve driver Robert Kubica, standing in for the Covid-hit Kimi Raikkonen, finished 19th of the 20 runners ahead of his first grand prix since 2019.

Hamilton will head into Sunday’s first F1 race at Zandvoort since 1985 with a three-point lead over Verstappen in the championship.

F1 2019: Canadian GP is the first of six races in nine weeks

F1 2019: Preview and predictions from the Sky Sports F1 team