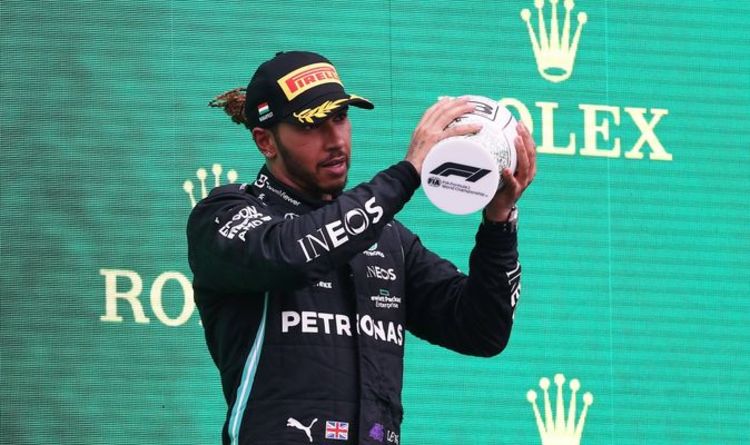 After a four-week summer break, the F1 calendar resumed with the Belgian Grand Prix. With Lewis Hamilton holding a slender eight-point advantage over Max Verstappen in the Driver’s Championship, fans were keen to see who would gain the upper hand in what was expected to be an enthralling race.

However, heavy rain denied viewers the opportunity to see the duo battle it out and only two laps of the track were completed behind the safety car.

This was done in order to constitute a race so drivers could still be awarded points.

However, because less than 75 per cent of the allotted laps were completed, the drivers were only awarded half of the usual points tally.

Red Bull’s Verstappen won the rain-hit race as half-points were awarded for only the sixth time in Formula One history.

Verstappen as a result took 12.5 points with Hamilton in third, the Briton’s eight-point championship lead is now reduced to just three points.

The conditions meant drivers could not get out on track without a safety car joining them due to the poor visibility caused by the spray coming up from each car despite the fact they were not at full speed.

The original race start was initially delayed by 10 minutes but further delays meant it wasn’t until around 2.25pm that the formation lap got underway.

However just five minutes later the red flags were out and that led to a lengthy stoppage of nearly three hours before the cars got back out on track again.

Eventually it was confirmed the race would resume at 5.17pm UK time and the drivers got out behind a safety car without competitive racing.

After two laps, the red flags were once again raced with it deemed impossible for the teams to go racing in the hazardous conditions.

And eventually at 5.45pm the race result was declared, with Verstappen the winner on the basis of his qualifying result.

Russell clinched a first ever F1 podium in second while Hamilton came third, made to pay for struggling on his second quick lap in Q3 on Saturday.

The Briton however labelled the race as a “farce” and wants fans to be refunded after the weather intervened.

“Today was a farce and the only people to lose out are the fans who have paid good money to watch us race,” Hamilton wrote on Instagram.

“We should have just called it quits, not risked the drivers, and most importantly refunded the fans who are the heart of the sport.”

He also told Sky Sports F1: “Money talks, and literally the two laps to start the race was all a money scenario.

“Everyone gets their money – and I think the fans should get theirs back too. Unfortunately they didn’t get to see what they paid for.

“There was only one reason why they sent us out. That’s why I feel more bad for the fans.” 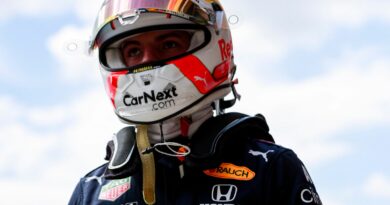