Red Bull suffered an early blow as the Canadian Grand Prix got underway in Montreal.

Sergio Perez started down in 13th after crashing out of Saturday’s wet qualifying session as teammate Max Verstappen took pole position. However, Red Bull were still hopeful of a podium finish for the Mexican due to car’s race pace and the fact overtaking at the track is easier than at most other venues.

However, those hopes were dashed just a few laps into the race as a problem with Perez’s car saw him grind to a halt, delivering a major blow to his title chances. The retirement triggered a virtual safety car, prompting Verstappen and Lewis Hamilton to dive into the pits while others stayed out to protect track position.

On the retirement, Red Bull team boss Christian Horner told Sky Sports F1: “He obviously lost drive, it could be a gearbox issue. Obviously it’s very disappointing for Checo. I think he could have been very quick out there today.”

Asked if he had any concerns about Verstappen’s car, Horner replied: “It’s always a concern but we’ve just got to get our heads down now and do our best with Max. He’s on a different strategy to the two cars ahead so we’ll see how that pans out.”

Will Sergio Perez have to play a supporting role to Max Verstappen now? Have your say in the comments section below.

“Unfortunately it's not the other red bull,” said one on Twitter, while another added: “Wrong Red Bull.” A third tweeted: “Such a shame. So unlucky.”

There was another virtual safety car soon after when the Haas of Mick Schumacher retired in the same part of the track, which led to Sainz diving into the pits, allowing Verstappen to retake the lead. 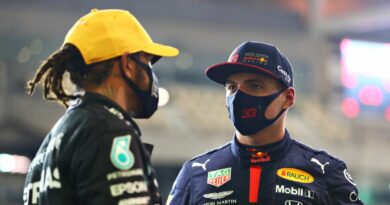 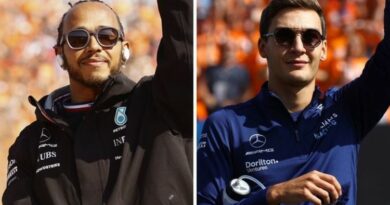