Abu Dhabi: Six times world champion Lewis Hamilton ended a triumphant Formula One season in style on Sunday with a dominant victory from pole position for Mercedes in the Abu Dhabi Grand Prix. 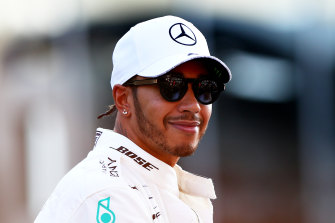 Hamilton's 84th career victory – his fifth in Abu Dhabi and his 11th of the season – meant the Briton equalled his own Formula One record of 33 consecutive finishes in the points. He also set the fastest lap.

Mercedes had already won both championships for an unprecedented sixth season in a row.

Supercars, support races likely to be cancelled if F1 GP is called off

McLaren Racing will return to IndyCar for 2020 series

Man Utd and Chelsea backed to sign Timo Werner because of Liverpool issue
We and our partners use cookies on this site to improve our service, perform analytics, personalize advertising, measure advertising performance, and remember website preferences.Ok