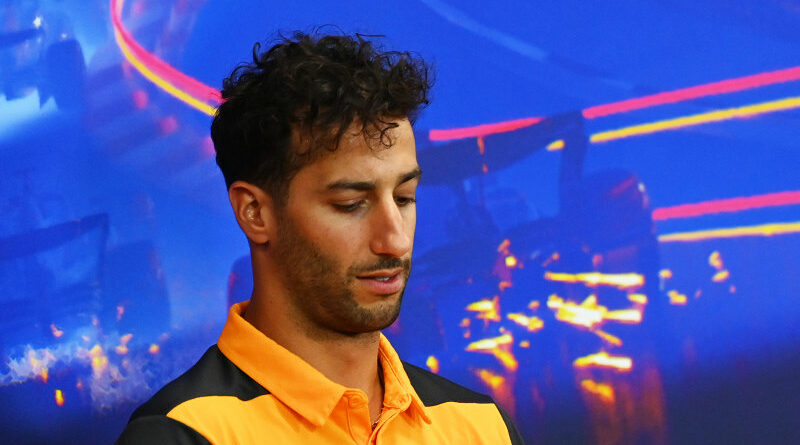 Even the scriptwriters on Drive to Survive would have struggled to conjure the Australian soap opera transfixing the Formula 1 paddock this year. As pained and raw as Daniel Ricciardo’s recent video message was, confirming that he had, at 33, agreed a “mutual” termination of his McLaren deal a year early, it barely hinted at the melodrama bubbling beneath the surface.

For the man poised to usurp him, a driver with whom he has exchanged not a word, is the 21-year-old Melburnian Oscar Piastri. And Piastri’s manager, the figure at the centre of these machinations, just happens to be Mark Webber, who has forged his own brand as “Aussie Grit” – and who found himself replaced at Red Bull in 2014 by, yes, you guessed it, Ricciardo. 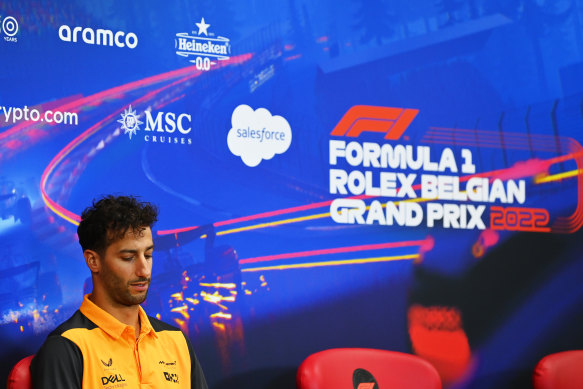 Daniel Ricciardo at a press conference ahead of the Belgian Grand Prix.Credit:Getty Images

The issue is not whether Ricciardo deserves to cede his place to Piastri. The veteran has, with the exception of a shock win at Monza last year, driven dismally for two seasons, his deficiencies thrown into sharp relief by the talent of teammate Lando Norris. What has stunned the sport is how abysmally the succession has been handled.

It is understood that an agreement was reached months ago for Piastri to take his fellow Australian’s spot at McLaren. The sticking point is that his existing employer, Alpine, had ploughed millions into nurturing their reserve driver.

So when Fernando Alonso, their superstar, announced this month that he was moving to Aston Martin, Alpine rushed out a statement declaring Piastri would be promoted to a race seat for 2023. But the press release looked all wrong. For a start, there were no obligatory quotes from the driver himself. Within minutes, Piastri gave an update of his own, tweeting: “I have not signed a contract. I will not be driving for Alpine next year.”

The fallout from those comments is still being felt at this weekend’s Belgian Grand Prix. This week, F1’s contracts recognitions board will convene to determine where Piastri’s commitments lie, and Alpine’s team principal, Otmar Szafnauer, is “very” confident of a verdict in their favour.

Perhaps unfairly, Piastri is depicted as disloyal for his conduct, even when his camp insist he has a contract clause enabling him to leave. Where Ricciardo is showered with love by fans at Spa, his would-be heir has been strongly rebuked by Alpine. “My wish for Oscar is that he had a bit more integrity,” Szafnauer said, witheringly. As an example, he insisted that Piastri had advance knowledge of the statement that he would be staying with Alpine and that the driver was even “thankful” about it.

And what of Webber’s part in this messiest of sagas? Since he retired from F1 nine years ago, this straight-talking and popular driver, with eight victories, has been positioning himself in the management business. Today, his star client is Piastri, the Formula 2 champion, widely tipped as an F1 champion.

Piastri is described by those close to him as ambitious, resilient and supremely focused. Similar labels could be attached to Webber, who, for all his years in Sebastian Vettel’s shadow, won at both Monaco and Silverstone twice. In his role fighting Piastri’s corner, he has been alert to the danger of the best opportunities passing his protege by. Alpine, it seemed, were not giving him enough encouragement, suggesting only to farm him out to Williams to gain experience while they kept hold of 41-year-old Alonso. In the end, they are likely to lose both.

You can see why Piastri feels McLaren would be a more promising fit. The only reason they trail Alpine by four points in the constructors’ standings is because of the under-performance of Ricciardo. The two Alpine drivers, Alonso and Esteban Ocon, have two podium finishes between them in the past 35 races. Norris, by contrast, has four on his own. Plus, Webber has a natural route into McLaren through his relationship with team principal Andreas Seidl, his mentor during his post-F1 endurance racing stint at Porsche.

But it is a high-wire tactic to keep pursuing this McLaren move on Piastri’s behalf, in the teeth of Alpine’s vehement protests. If the case is not settled by F1’s own adjudicators, Szafnauer indicates it is “over 90 per cent certain” Alpine will escalate the matter to the High Court. After all, if Piastri refuses to race for them, the team will naturally feel compelled to seek compensation for the investment they have made.

This row has already claimed one prominent casualty in Ricciardo, the Netflix poster-boy who must rehabilitate his faded image further down the grid, most likely at Haas. But much still is at stake, with Webber set to lose face if the case goes against him, and Piastri risking his reputation as an honourable dealer before he has even made his F1 debut. Even other teams are looking at the stand-off with incredulity. “It should just never happen,” said Red Bull’s Christian Horner. In a summer when Neighbours aired its final episode, McLaren has ended up ensnared in an all-Australian soap opera like no other.

‘Trying to screw you over’: Bottas unhappy with penalty as Verstappen takes pole