New Zealander Scott McLaughlin has put himself in rare company in the pantheon of Australian touring car racing by taking out the Supercar drivers championship for the third year in a row. 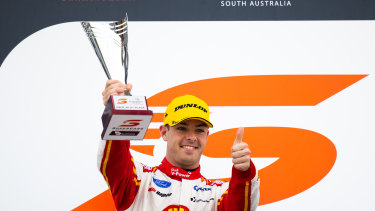 Many of the greats – Bob Jane, Allan Moffat, Dick Johnson, Jim Richards, Craig Lowndes and Marcos Ambrose – won two titles in a row but could never quite manage to make it triple titles in successive years. The great Peter Brock won three, but there were intervals between them (1974, '78 and '80).

The Kiwi star from the Shell V-Power Racing Team joined the hat trick heroes at Tailem Bend in South Australia on Sunday afternoon when he finished second in the final of the three races that made up the weekend round, 3.3 seconds behind Cameron Waters.

McLaughlin knew that he would have to finish the penultimate round of the championship 300 points clear of Jamie Whincup, his closest pursuer, if he was to ensure the title was decided before the Supercar circus moved on to the last round of the season at Bathurst next month.

He took advantage of Whincup's pit lane misfortune earlier in the weekend – an error which saw the former multiple champion drop further behind on the points table – to draw clear of his closest pursuer and by the time the final race was run in SA on Sunday afternoon McLaughlin held a lead of 299 points. 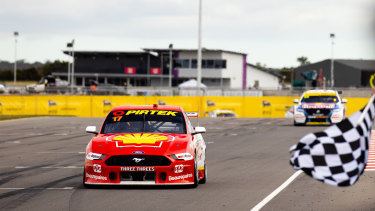 He knew that he simply had to finish in front of Whincup to wrap up the title. He started on pole but was passed by Waters early on lap one, but Whincup, who started from the second row of the grid, was unable to get close enough to pass him, allowing the defending champion to claim another crown with a round of the season remaining.

The classic Bathurst 1000 kilometre race is the one event that all drivers want to win, so McLaughlin is delighted that he can head to Mount Panorama with the championship already under his belt, not having to drive conservatively or simply to accumulate points there to take the title.

''I am really really stoked to be able to go to the hill now and just light it up. It's going to be fun,'' he said afterwards.

'To hit the hill with all guns blazing, it's a pretty good feeling. 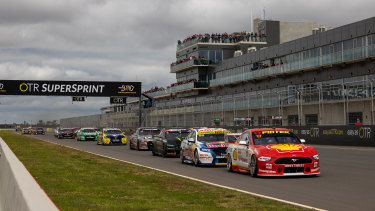 ''It feels like every other race (his title winning second place) but I will wake up tomorrow and be able to change my Instagram profile to three-times Supercars champion,'' he said, a reference to the importance sportsmen now place in their social media accounts for their dealings with fans.

Asked whether this championship meant more than his previous two, McLaughlin said: 'We didn't know where we were going and it's been a whole lot of adversity. For us to win the championship with a round to go is true testimony to the team.''

Indianapolis 500: Fernando Alonso to drive for McLaren at famous race

Victorian government rejects VRC’s bid for owners to attend Melbourne Cup carnival
We and our partners use cookies on this site to improve our service, perform analytics, personalize advertising, measure advertising performance, and remember website preferences.Ok