Home » Racing » Mostert and Holdsworth surge to victory at Bathurst 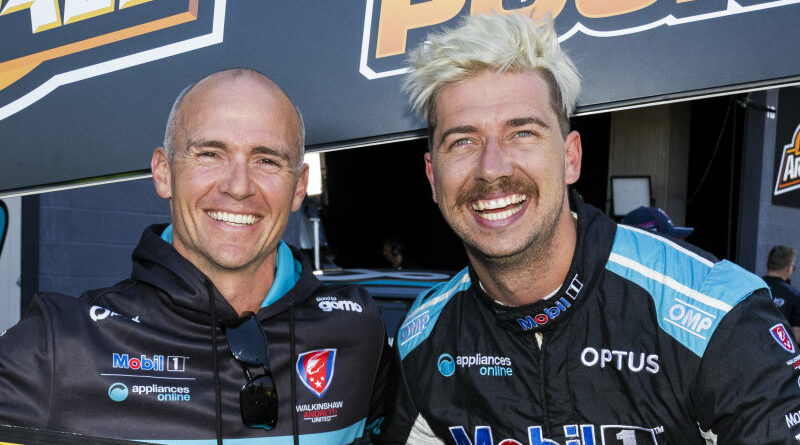 Chaz Mostert produced a superb drive alongside co-pilot Lee Holdsworth to triumph in the Bathurst 1000, overcoming tyre difficulties early in the race to battle back to the front of the field.

The pair claimed victory in a typically close-fought affair in which they were pushed all the way by Shane Van Gisbergen.

The race looked to be in the balance until the dying laps but Mostert could breathe a sigh of relief when Van Gisbergen had severe tyre problems, which forced him to pit, effectively forcing him out of the contest and leaving the race leader to control the finishing stages. 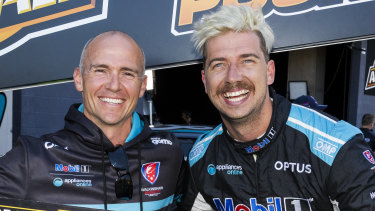 Mostert took the chequered flag from Cameron Waters, who was finishing second for the second year running, with his co-driver James Moffatt also earning a second place finish for the second time in his career.

Veteran champion Jamie Whincup, who drove with another legend, Craig Lowndes in his final Supercars start, climbed through the field after starting in 11th position to eventually take fourth place. It was seven-time champion Whincup’s last ever race before he takes over as Triple Eight Racing’s team principal next year.

The unlucky Van Gisbergen, who won the 2020 race with Garth Tander, was classified 18th after his late pit stop. He gained a measure of compensation by clinching the drivers’ championship for the 2021 season.

But for the veteran Holdsworth it was the first-ever win at Mount Panorama in an 18-year odyssey in which his previous best finish had been a third place more than a decade ago.

Mostert and Holdsworth had been the fastest pair all week, and started the endurance classic from pole position. 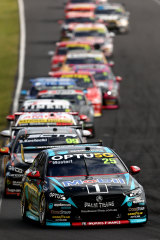 They showed plenty of speed from the outset and were able to find a great rhythm – until Mostert encountered tyre problems mid-race and was forced to pit.

That dropped the duo down the order, but their sustained pace and race skills allowed them to pick their way through the field as a number of safety cars bunched the runners and allowed them to catch up to the leaders.

The race looked set for a classic duel to the final corner as Van Gisbergen harried Mostert, only for the former to be forced to concede through tyre problems of his own.

On the podium Mostert let out a loud “whooo-hooo”, having earlier told Seven that it had been “a bloody tough race”.

“When we had the tyre I thought it was going to be a tough day, but this car has been speedy all weekend. Credit to the car and the team,” he said.

Mostert revealed that he had to change his approach during the race following the tyre drama, which he had feared would cost he and Holdsworth dear.

“I changed my driving style to keep off the kerbs – I thought maybe I was a bit harder on the car than Lee,” he said.

He admitted that his nerves were on edge in those final frantic laps as he battled to hold off Van Gisbergen. And even when his Kiwi rival had disappeared he could not rest, saying that every time he heard a rattle or strange noise he feared the worst.

Holdsworth said the win was the culmination of his career.

“It’s been a dream this week, the team has given us a great car and Chaz has been great.”

There was a moment of drama and humour on lap 105 when an echidna caused short-term chaos as it ambled on to the track, forcing race organisers to deploy the safety car while the spiky invader was ushered to safety. He was the first echidna to feature as a safety hazard in the great race, which has often seen many kangaroos leap on to the track.