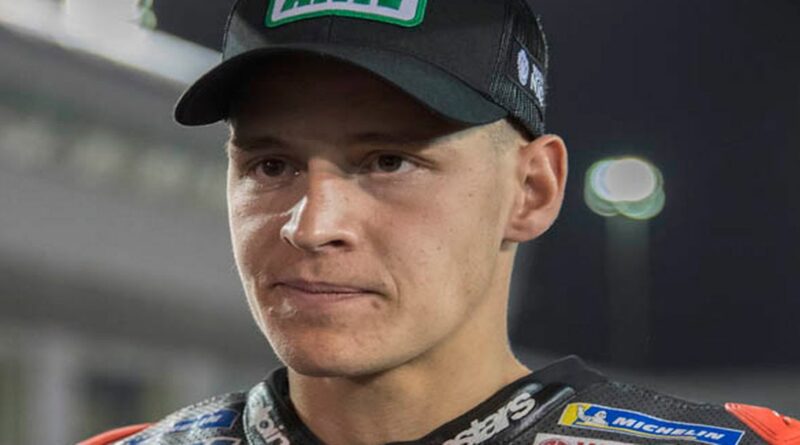 The French rider is a rising star in the premier class and is tipped for superstardom. Quartararo, like Hamilton, is sponsored by Petronas and the duo know each other well.

But the 21-year-old says he's now ready to reach the same lofty heights as Hamilton, who is a six-time world championship winner in the F1 ranks.

"We always speak a little bit and congratulate each other," he said. "I look up to him as an athlete because I think he's one of the best – not just on the track but outside racing as well. I think he's the No.1 in motorsport and he inspires me a lot.

"Of course it would be great to be as dominant as him, but it's really hard work and takes a lot of experience.

"In the end it's the goal to fight for the championship every year and try to be as competitive as him, although that's something which isn't easy to do.

"Hamilton really loves motorbikes and he did a test with Valentino Rossi last year – they swapped vehicles. It would be great to do the same, but this time with me trying the F1 car! "I've never driven one and it's a dream to try it. I have the best sponsors for that, so I'll speak with them and see what we can do."

With Marc Marquez out injured the MotoGP championship is wide open.

And ahead of the San Marino Grand Prix this weekend, Quartararo is still top of the overall standings with a slim three-point lead over Ducati heavyweight Andrea Dovizioso.

Despite experienced rivals breathing down his neck, the youngster insists he's keeping his cool.

"Honestly the pressure is not there yet," he added. "I feel great and I'm just taking things week by week. I believe we have the potential to fight in every race. "We'll think about the championship later. At the moment I'm feeling good and just want to be in the best shape possible. I'm now living in Andorra and making the most of it.

"I like to do some cycling, hiking and relaxing. With Covid we can't make mistakes so I'm being careful – but being in the mountains with your trail bikes is safe.

"Let's see how we can manage as the season continues, but I'm still feeling good. The most important thing is to enjoy having fun and riding fast."

MotoGP is back this weekend. Fans can catch all the action exclusively live on BT Sport and sign up contract free with a BT Sport Monthly Pass for just £25 per month. For more info visit bt.com/sport

NASCAR driver quits after Confederate flag ban: ‘All you are doing is f—ing one group’