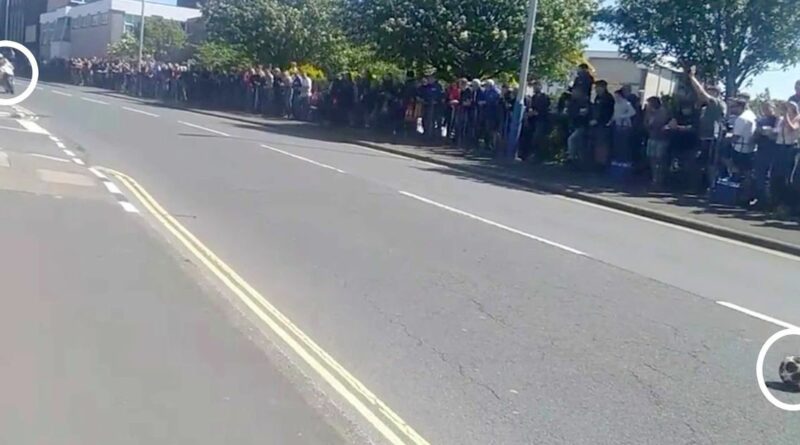 Flying down narrow country lanes at 130mph is ridiculously dangerous in of itself – even for professionals – but imagine doing it while trying to dodge moving obstacles.

That's exactly what happened to John McGuinness on the opening lap of the Isle of Man TT on Saturday, with the motorcycling legend coming within inches of colliding with a rolling football, which had carelessly made its way onto the track.

Footage of the frightening near-miss, captured by a spectator, was posted all over social media and racing fans could barely believe their eyes, with many demanding the culprit be found and punished.

"This is absolutely ridiculous, someone could have been killed!!" tweeted one angry fan.

"Frightening stupidity. Please keep the riders safe," wrote another, while a third said: "I hope whoever threw that ball there was arrested and got a stern talking to."

"Whoever did this needs throwing off the island," another tweeted.

A fifth wrote: "The event is dangerous enough without unacceptable stuff like this happening. So relieved that McGuinness didn't strike that ball."

What sort of punishment should the person who owns the football face? Let us know what you think in the comments section.

No one need be reminded of the dangers that face riders during the Isle of the Man TT, especially after a French competitor, 35-year-old Olivier Lavorel, lost his life on Saturday following a collision during the first sidecar race of the event, while Welsh rider Mark Purslow died earlier this week after an accident during qualifying.

McGuinness, who has won a whopping 23 races at the event and is just three short of Joey Dunlop's all-time record of 26, had a brush with death himself recently after falling from his malfunctioning bike during practice for the Superbike race at the North West 200 event in Northern Ireland back in 2017.

The now 50-year-old suffered broken vertebrae, ribs and compound fractures to his right lower leg bones, the latter of which forced surgeons to screw an external fixator cage into his leg to 'grow' new bone.

In short – there are enough perils out for the riders without careless spectators making things worse!

The Isle of Man TT organisers have been contacted for comment. 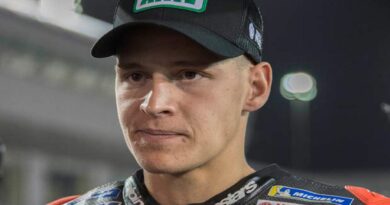