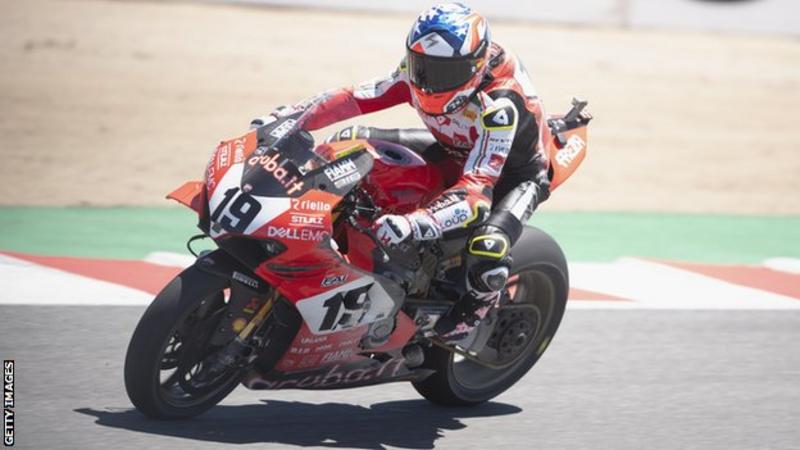 Alvaro Bautista took his 16th win of the World Superbike season in Argentina in a race boycotted by six riders because of track safety concerns.

A number of riders made representation over the condition of the circuit with six eventually sitting out the race.

The riders expressed to race organisers that they believed the track to be too dusty and track temperature too high.

The San Juan Villicum course was passed fit to race however and 12 of the 18 riders scheduled to take part did compete in the event, a 19th rider Loris Baz ruled out through injury.

Some riders were still involved in a meeting with championship boss Gregorio Lavilla over the track being too dirty as the race got underway at 20:00 BST.

Once the race began riders visibly stayed on the cleaner, grippier parts of the course and Bautista emerged as a comfortable winner on his Ducati.

The Superpole sprint race and the second feature race will be staged on Sunday, with the final round of the championship at Qatar on 25 and 26 October.

Kawasaki-mounted Rea, who has 12 race victories this season, secured his fifth consecutive championship success two weeks ago at Magny-Cours.

Valentino Rossi EXCLUSIVE: MotoGP ace is facing technical woes… and this is his reaction