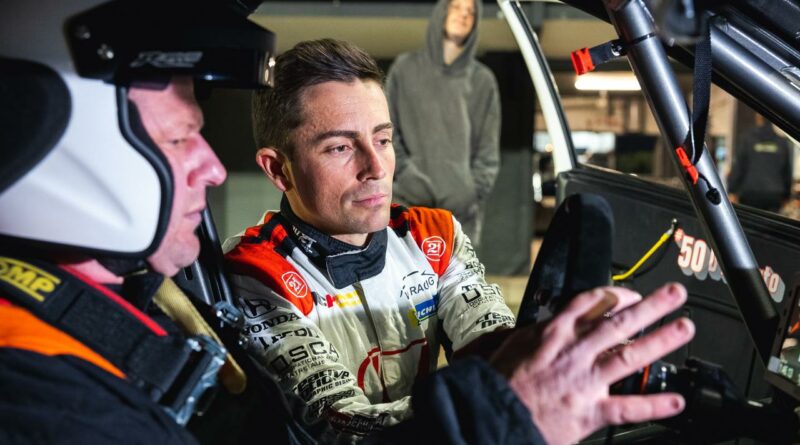 If in doubt – get out. That was the final piece of advice Tony D’Alberto gave me before letting me loose in his championship contending Honda TCR race car.

“There is no technology in this thing mate,” the Wall Racing star said. “No traction control. No ABS. Nothing. You are the technology, so if in doubt just get out.”

Suited, gloved and a helmet on my head, I compared myself to a Commodore 64 as the Supercars veteran turned TCR star pushed me through the roll cage and into the belly of the beast.

“I’m the technology?’ I said as I strapped myself in. “You sure you about this?”

D’Alberto gave me a nervous smile.

“Just bring my baby back in one piece,” he said. “I have to race it tomorrow. No pressure but you know you could ruin my championship right?”

I made no promises as I set off into the night to become the first non-race car driver to take a TCR car for a full-blown spin of Sydney Motorsport Park.

No speed limits, track to myself, and the most exciting new car in Australian motorsport waiting to be unleashed, I wasn’t about to go for a Sunday drive.

I rode the clutch and got it going. Just. I took a deep breath as I edged my way onto the track, 350HP set to be unleashed. Here we go.

I put my foot down.

I shuffled up a gear.

And then it hit me. Pit lane limiter. All red-face and frantic, I mashed at the wheel hoping to release the pitlane limiter. It was too dark to read the fine print next to the buttons. I pressed a button.

Then another. The Honda was suddenly alive.

I put my foot to the floor and my head was slammed back into the seat. The acceleration was brutal. Brilliant. The next 10 minutes was a whirling whiz of apexes, kerbs, and braking marks. Heart racing, I went as deep as I dared.

The car was far more powerful than I had expected. Not too far off a Supercar, which I have also driven. It was also a handful. Lulled into a false sense of security after a few flying laps, I went on the attack.

Coming into a sweeping right, I lifted before getting back on the throttle. I hit it hard. There was no rescuing the rear when it skipped out. I was a passenger as it spun. It was time to take D’Alberto’s advice.

I pulled into pit-lane a lap ahead of schedule and returned D’Alberto his baby – bruised but in one piece.

“Thank goodness,” D’Alberto said as he looked at the Honda, which aside from some burnt rubber, would be good to race this weekend at Round 4 of the Shannons Motorsport Australia Championships. 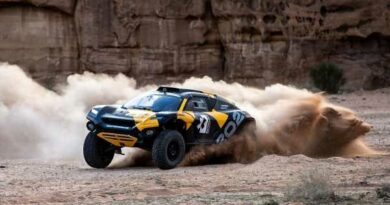 The sun shone hot, but Ricciardo provided the yellow glow at the Park