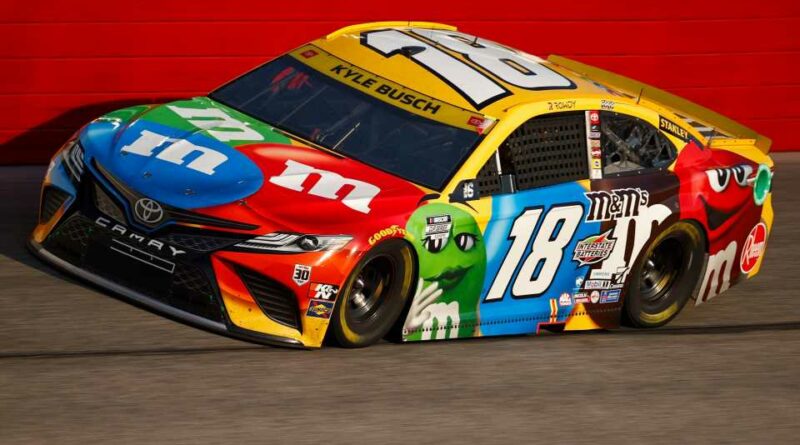 NASCAR’s Cup Series playoff standings were shaken up during the opening race of the Round of 16, Sunday’s Cook Out Southern 500 at Darlington.

Kyle Busch, William Byron and Michael McDowell all had exited the race by Lap 200 of the 367-lap event. All three wrecked out of the event:

Then Busch made contact with Austin Dillon’s machine, spun and destroyed the rear end of his car on Lap 125.

Busch was steamed at his No. 18 Joe Gibbs Racing team, not Dillon, after the wreck.

“We were running like s—, we got wrecked, so that’s what you get when you run like s—,” Busch told NBCSN. “Shouldn’t be there. I don’t know what our problem is.”

“The M&Ms Camry was not very good,” he added, “and we were running terrible and we got wrecked. Wasn’t the 3’s (Dillon’s) fault.”

Busch also drew the attention of NASCAR Twitter for running over safety cones on his way to the garage.

Byron’s car skidded into the outside SAFER barrier on Lap 200 after the left front tire of the 24 car went flat.

“Nothing we could do,” Byron told NBCSN after exiting the infield care center.

They have two more races to avoid elimination: Saturday’s race at Richmond and the Sept. 18 race at Bristol. A win will automatically get them into the second round, the Round of 12. 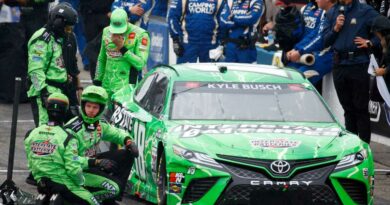 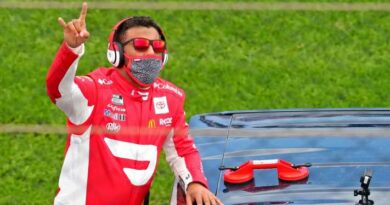