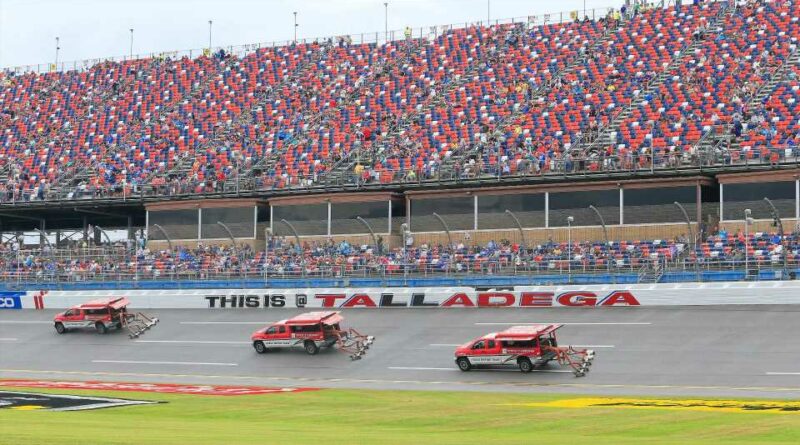 The start of Sunday’s race at the Talladega Superspeedway is postponed.

Originally slated to begin at 2 p.m. on Sunday, the YellaWood 500 is delayed until Monday at 1 p.m. due to rain showers. Shortly after taking one lap off of pit road, the drivers were forced to return as the rain picked up and darkened the track.

According to NASCAR’s policy, a race won’t start without a plan to get to the advertised distance. NBC has a tight television window due to the highly-anticipated matchup between the Buccaneers and the Patriots, and couldn’t allow enough time for the race to start. The broadcast confirmed the postponement once the drivers made their way back to the pits.

Here’s all the information you need to follow updates for the YellaWood 500.

3:56: The NBC broadcast confirms that the Talladega race will be postponed, and start on Monday at 1 p.m..

3:45: Shortly after they left pit road, more rain caused the drivers to turn back and delay their start once again.

3:03 p.m. – Cars finally exit their garages for pit road, the broadcast confirms the race will start in approximately 30 minutes.

1:45 p.m. –  No estimated start for the race following on-and-off showers.