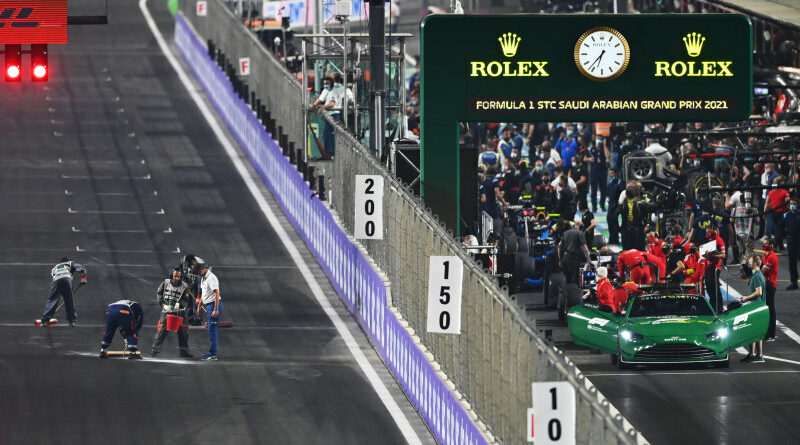 Red Bull motorsport adviser Helmut Marko has added to the pressure that has been steadily building on Australian FIA race director Michael Masi over the past few weeks, saying the decision-making by Masi and race stewards in Saudi Arabia on Sunday was “very one-sided”.

Marko, whose comments came ahead of this week’s season finale in Abu Dhabi, also claimed that Red Bull were “not treated the same” as rivals Mercedes. 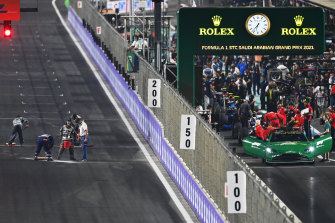 Lewis Hamilton’s third win in a row drew the Mercedes driver level on points with Red Bull’s Max Verstappen heading to the Yas Marina circuit, setting up the prospect of a thrilling season finale.

Verstappen was twice ordered to give back positions he had gained off track. The Dutchman was also given two separate time penalties, one of five seconds, and a 10-second time penalty, applied post-race, for “sudden” and “erratic” braking on lap 37 when he slowed to allow Hamilton to pass him, causing the Mercedes driver to clip the back of his Red Bull. 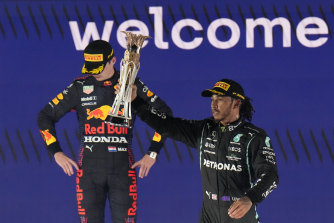 Lewis Hamilton celebrates his win on the podium as Max Verstappen hangs his head.Credit:AP

Marko disputed nearly every decision made by the stewards. “Our engineers are preparing [evidence] that we can prove Max was constant with his braking,” he told Motorsport.com. “He didn’t ‘brake-test’ like Hamilton said he did.

“Then he [Hamilton] crashed into our car. He unfortunately put two cuts in the rear tyre. That was so severe that we couldn’t attack anymore. We had to take speed out. That was the one thing.

“The next thing was at the second start, Hamilton was more than 10 [car] lengths behind [when the cars reassembled on the grid]. [Sebastian] Vettel got penalised in Budapest when he did it.

“But with this manoeuvre, he [Hamilton] was preparing his tyre better for the start. Then he pushed Max off [at the restart]: no reaction. So we feel we are not treated the same. It’s a very one-side tending decision-making here.”

Hamilton and Mercedes were furious with Verstappen during and after the race, with Hamilton describing the Dutchman as “crazy” and “over the limit” with his aggressive driving.

“And just remember what happened in Silverstone [when Hamilton was found to be “predominantly at fault” for a crash which caused Verstappen to crash at high-speed], and what happened in Budapest [when Mercedes’ Valtteri Bottas took both Red Bull cars out of the race]. Don’t forget that.”

Marko’s comments followed those of Horner, who not only said the sport was missing Whiting’s vast experience, but also criticised the way Masi appeared to negotiate with Red Bull during the second red flag period, discussing what might be acceptable as punishment for Verstappen overtaking off the track.

“It was a bit like being down the souk, which was unusual,” Horner said. “I haven’t come across that previously.” Alpine executive director Marcin Budkowski made a similar observation.

“There was this pretty surreal discussion between Michael and Jonathan [Wheatley, of Red Bull], which was like being at the local market with a bit of trading for position versus penalty.”

Masi is under serious pressure to keep control of proceedings this weekend with the title on the line and millions watching around the world. The Australian has been heavily criticised by Mercedes and Red Bull as the title battle has reached boiling point in recent weeks, with Mercedes team principal Toto Wolff saying that Sunday’s race, while spectacular, was not a good look for the sport.

He said he hoped for a clean race on Sunday, with Verstappen due to win the title should neither driver finish, due to his greater number of race wins.

“We just want to have a clean championship and the best man wins,” Wolff said.