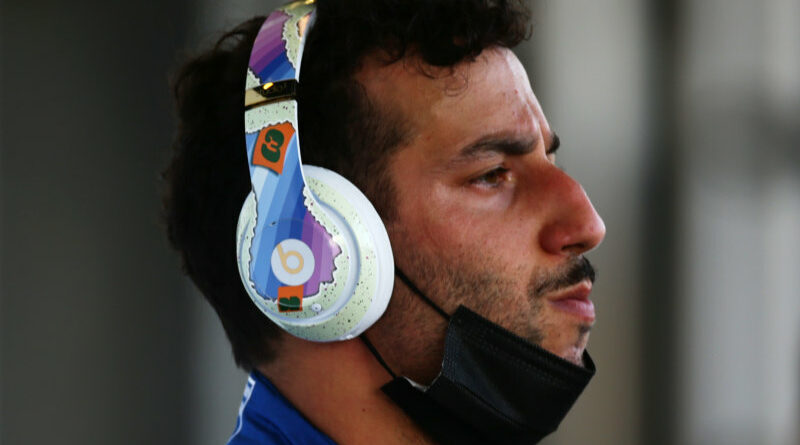 The only opinion that matters when assessing Daniel Ricciardo’s 2021 Formula One season? Daniel Ricciardo’s. Ask the Australian to rate his first campaign with McLaren, and he doesn’t sugar-coat it. “It’s not been great, to say the least,” he says. “It’s not been for a lack of trying, but at times, it has been a struggle. That’s just the reality.”

Statistically, Ricciardo’s sluggish start to a multi-year contract with McLaren makes for sobering reading. With the British team embroiled in a fight to finish third in the constructors’ championship with Ferrari, the 32-year-old has dragged the chain. The teams went into Formula One’s three-week mid-season break deadlocked on 163 points, but while Ferrari duo Carlos Sainz (83 points) and Charles Leclerc (80) have both pulled their weight, Ricciardo has contributed just 50 to McLaren’s tally to sit ninth in the drivers’ standings; his teammate, young Briton Lando Norris, has scored nearly 70 per cent of McLaren’s haul. 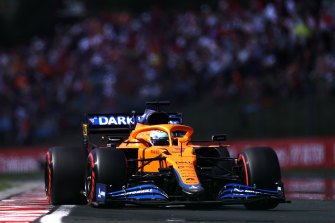 Daniel Ricciardo has had a bumpy first season with McLaren.Credit:Getty Images

The raw numbers explain what has happened, but not why. While Norris’ star has ascended, Ricciardo’s results have underwhelmed. Intermittent signs of progress – a strong sixth in Barcelona fending off the faster Red Bull of Sergio Perez and a robust fifth at Silverstone – have been overshadowed by a humbling from Norris at Monaco, who lapped Ricciardo on the way to a podium finish, and three races where he’s not managed to crack the top 10.

After two seasons of manhandling performances out of a recalcitrant Renault in 2019-20, Ricciardo’s McLaren move was set to be one that vaulted him back to the business end, one that would act as a timely reminder of his status as one of F1’s top-shelf talents that he cultivated in five seasons at Red Bull Racing from 2014-18, where he won seven grands prix.

Instead, 2021 simply hasn’t gone to plan for the Australian, whose typical perma-grin has been there at times, but more to put a brave face on his plight. He – and his team – don’t expect the down times to last, but a brighter future doesn’t make the present any more palatable.

“That’s been the most frustrating part, because I’m not sure I’ve ever put in the effort in the past that I’ve put in this year,” Ricciardo tells The Age and The Sydney Morning Herald in an exclusive interview. 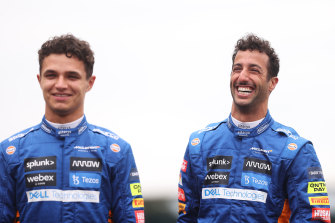 “My strength over the years has been my sensitivity, and I’m good at ‘feeling’ the car. But I don’t necessarily know that I’m entirely comfortable with what I feel with this car, so I’m still searching for that.

“If you can feel what the car is doing, know what it’s going to do, that lifts your confidence as you feel you can push it to the limit. I don’t have that feel for where the limit is, so my confidence is down from where it should be. The margins are so small that if you’re off confidence-wise, you’re nowhere.”

Ricciardo joined McLaren at a time of transition for both the team and the sport, with sweeping new regulations scheduled for 2021, but shelved because of the ongoing pandemic, set to come on stream next season. Teams have had to balance the need to compete this season with directing their attentions to next year, and the prospect of a rule reset to shake up the established order.

“Daniel is a driver who likes to roll the speed into the corner, not necessarily attack the braking as much as our car requires,” Stella says.

“He came to McLaren, in terms of driving characteristics, I would say from the opposite end.”

Combine a pre-season of just three days in Bahrain instead of the typical six days in Barcelona, no in-season testing and practice sessions sliced to an hour from 90 minutes this season, and Stella intimates that it’s explainable why Ricciardo is behind the eight-ball. Put simply, Ricciardo needs more time behind the wheel to adjust his style to what gets the McLaren into its sweet spot, time that’s in shorter supply than ever.

“The short pre-season didn’t make it easy, that’s undeniable even for someone like me who’s a veteran now,” Ricciardo says.

“In testing you have the ability to just do laps, try things on the car, push it in different areas and experiment. You don’t get those luxuries on the race weekends.

“Knowing the car is quick is motivating in that you know it’s capable of good results in the right circumstances, but equally that’s frustrating for me because I’ve not been able to do that.

“There’s pros and cons to that, but it’s more pro for me because you know that it’s there. I just need to find it. If the car was terrible and I was driving the best I’ve ever driven, that would be worse.”

Ricciardo isn’t yet prepared to rule a line beneath a campaign that has 12 races to run, even with the 2022 cars offering him a chance to reboot.

“I’m looking at 2022 with some optimism, but I’ve not thought about specifics and the approach I need to take,” he says.

“I need to get 2021 right first, and there’s no part of me that’s prepared to concede this year. You could look to 2022 and aim for that to be better, but that’s the easy way out. So there’s definitely things I need to get on top of this year to go into ’22 with some confidence and momentum.”

Ricciardo will reach a landmark when the series resumes at the Belgian Grand Prix at the end of August, which doubles as his 200th Formula One start. By the end of the season, he’ll be just four races shy of Mark Webber’s tally of 215 grands prix, the most by an Australian in Formula One’s 72-year history.

While adding to those seven career wins is a longshot in the short-term, Ricciardo admits he’s been surprised by some of the commentary surrounding his performances, despite their obvious shortcomings.

“I’ve been down on myself this year, but that’s not for any external reasons or anything that anyone has said,” he says. 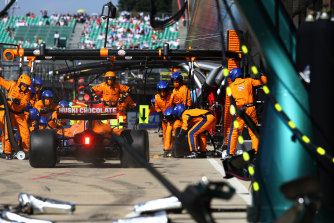 Daniel Ricciardo is still getting up to speed with his McLaren.Credit:Getty Images

“It’s not like F1 is a sport that many people can do, so it doesn’t make outside opinions very valid.

“People ask if you’ve lost it, whether you’re motivated any more, that sort of thing. But six months ago, you’d heard people saying I was one of the best drivers of 2020. Now, it’s ‘he can’t remember how to drive’. I’m fairly sure things don’t change that dramatically, so you have to see it as noise that you can mute the volume on.”

For now, Ricciardo is vowing to put his head down and “chip away”, methodically seeking gains while not letting his focus waver.

“I’ve put a lot of effort into the first half of the season, and the team has been very supportive so I can’t fault them for that,” he says.

“At the moment there’s not a ton of reward to show for it, and there’s been times where I’ve not liked my job all that much. But I know it’s never as bad as what it seems. I know that if I keep at it in the right way, things will turn for me.” 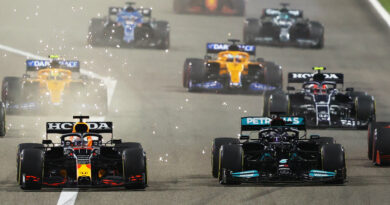 McLaren Racing will return to IndyCar for 2020 series