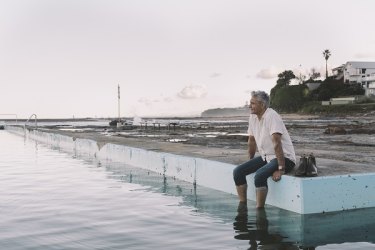 When actor Dalip Sondhi isn’t filming, you can find him driving towards real-life adventure

Perth-based actor Dalip Sondhi is the star of Netflix’s Australian series Tidelands and ABC medical drama Pulse, but it’s driving that the actor loves most. Sondhi grew up in London and, from an early age, he wanted to be behind the wheel. As a 12-year-old he would sneak in to the front seat of his father’s car and pretend he was out on the highway, a world away.
This passion for cars led him to join London’s Metropolitan Police Service, where he relished the pursuit training and manoeuvring of the fast-response cars. That experience whet his appetite for motorcycle racing.

These days, Sondhi’s need for speed has been replaced by a desire for solitude, taking to the twists and turns of Western Australian roads as an escape from his busy schedule. “If I have a few days I love to get up to Coral Bay north of Perth. It’s about a 12-hour drive and when you get there you can dive into 32 kilometres of reef and snorkel off the beach.” he says.

Sondhi is a keen scuba diver whose idea of recreation is to throw his scuba gear into the back of his car, drive for hours then park right on the sand at Coral Bay where he can simply “jump straight out of the car and straight into the water”.

“You can swim with manta rays, the whales are around at certain times of the year and it’s just beautiful and unspoilt,” he says. “The great thing about diving is that it’s all about flotation, about buoyancy. The skill of a good diver is to become buoyant and measure your breathing so that you stay beautifully still in the water, deep down, and let the current just take you.”

Whether he is on his own, travelling with his family or showing visitors around from the United Kingdom, this corner of the west – with towns like Kalbarri, Geraldton and Exmouth – is where Sondhi finds his “me time”. 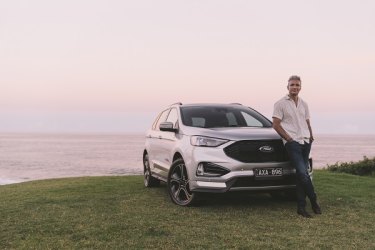 The acting world is left behind when Sondhi taps into his happy place of travelling open roads and getting lost.Credit:Ford

Sondhi finds that it’s the wide-open spaces of an Australian road trip that appeal to him, that keep him grounded. “When you hit the Western Australian outback the air is so still and the silence is amazing,” Sondhi says. “I am from Indian origin and I grew up in London so to have that silence and that space is really important to me.”

When not taking on the open-sky country of the north-west, Sondhi can be found driving around the wineries or Margaret River or the farms and coastal beauty of Yallingup to the south of Perth. It was Sondhi’s coastal appreciation that first attracted him to the WA capital, Perth, a place he always thought of as “a bit of a frontier town” but now he travels all over Australia when he hears the call of the open road.

“In Australia you are able to drive for absolutely miles,” Sondhi says. “I don’t even mind bad weather, a storm is more atmospheric; you’ve got a great car and great music and you’re fine.”

The new Ford Endura is made for Me Time, with features designed to help you unwind. Sit back and relax into the leather-accented seats* and set your voice-activated Spotify to your favorite playlist. With a simple twist of the rotary e-shifter, you’re away. Lose yourself in the luxury of the Ford Endura. See more of this premium 5 seater at ford.com.au/suv/endura

*Available on ST-Line and Titanium models.

Vettel on top for Ferrari in Mexican GP practice

Colin Kaepernick defends Minnesota protests after death of George Floyd: ‘We have the right to fight back!’
We and our partners use cookies on this site to improve our service, perform analytics, personalize advertising, measure advertising performance, and remember website preferences.Ok