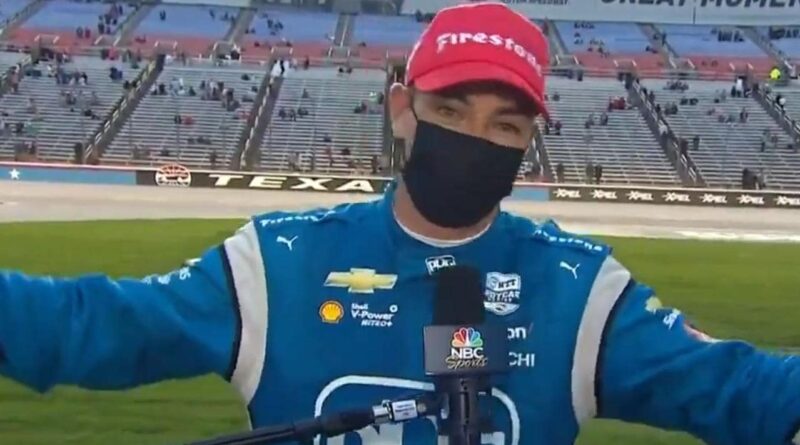 “That was pretty awesome,” said reigning series champion Dixon, 40. “I love Texas. It was a bit of a crazy night and very tense at end. It was cool racing my countryman for those last few laps.”

Chip Ganassi Racing’s Dixon has now won back-to-back at the Texas Motor Speedway for his fifth career win on the oval track, seizing an 18-point lead in the championship race as he chases a record eighth title.

The victory put him on pole for Monday’s race on the same oval track as part of the weekend double-header.

Team Penske rookie McLaughlin made it a one-two Kiwi finish, reaching the podium in his oval debut in the 212-lap race — which was just his fourth ever IndyCar start. He finished 0.2646s adrift of Dixon.

“I have never been this bloody happy for second,” said McLaughlin. “It was cool battling with my all time hero. Two Kiwis one and two.

“I worked really hard behind scenes to make it feel good. We will get a win one day.”

McLaughlin has been a mainstay in Australian Supercars in recent years, winning the 2018, 2019 and 2020 drivers’ championships. Last year, on the eve of his debut IndyCar race in October, he revealed he was going to race full-time in the American series in 2021.

After the incredible result in his first ever professional outing on an oval circuit, McLaughlin had a laughable message for his wife, who wasn’t able to be there to watch him live.

“Unfortunately my wife Karly said if I go good this weekend she’s gonna give me a slap across the face,” he said. “I went good. I’m sorry babe. That’s how it is.”

Australian V8 royalty Mark Skaife was full of praise for McLaughlin, who had no right to finish as high as he did given his inexperience.

“Finishing so close to one of the @IndyCar all time greats @scottdixon9 so impressive and so thoroughly deserved.”

Mexico’s Pato O’Ward finished third, followed by Spain’s Alex Palou in fourth while and Graham Rahal rounded out the top five in the race that was delayed several times by accidents.

Palou started on the pole after qualifying was cancelled Saturday because of overnight rain and morning mist. The scheduled start of the race was also moved up about a half-hour because weather forecasters said the chances of rain would increase later Saturday evening but the rain held off.

The 1.5-mile Texas track invites trouble at each corner and Saturday was no different. IndyCar has four oval-track races this season but Texas is the most high-banked of the ovals.

Dixon started third and jumped out to the lead ahead of Ganassi teammate Palou on the third lap. 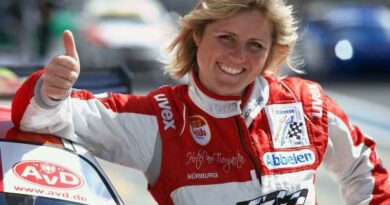 Vettel on top for Ferrari in Mexican GP practice 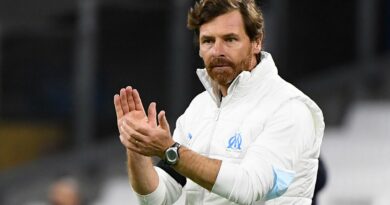