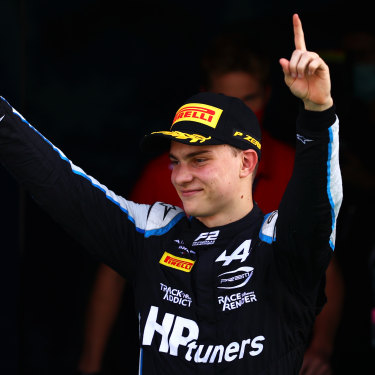 It started with a toy racing car. Chris Piastri brought it home from a USA business trip as a gift for his six-year-old son, Oscar.

The car ignited a passion in Oscar Piastri, the now 20-year-old racing driver from bayside Sandringham in Melbourne who is on the cusp of joining one of the most exclusive clubs in world sport – the 20-man Formula One grid.

Last month he was named by grand prix racing team Alpine as its test and reserve driver for season 2022: should illness or injury befall either of Alpine’s two contracted drivers, two-time world champion Fernando Alonso and Frenchman Esteban Ocon, then Piastri would slip into the driver’s seat and on to the grid alongside countryman Daniel Ricciardo, who drives for McLaren.

So, how does an Australian kid with a passion for cars make it all the way to Formula One?

It takes talent, obviously. It also takes perseverance, strength, nerve, athleticism, the right equipment and a team of people devoted to the cause. And money, lots of money.

Chris Piastri estimates that he and his family, along with sponsors, supporters and companies prepared to invest in Oscar have pumped between $5.5 million and $6.5 million into his F1 dream.

This weekend in Abu Dhabi, Piastri will look to wrap up the F2 world championship, having won the F3 title last year and the Formula Renault category the year before. That will complete his junior formulae career.

Piastri senior, who runs a successful automotive software development company, has been with him every step of the way.

He did not stump up all the cash, but without his seed-corn spending Oscar would not have got out of pit lane in his first karting competition. 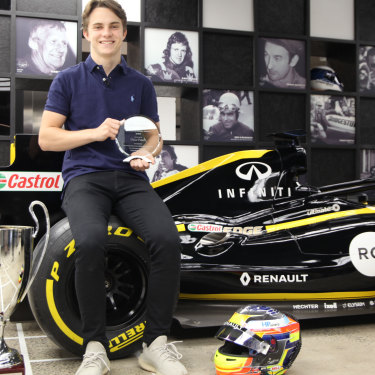 Melbourne’s Oscar Piastri has worked his way up through the world junior open-wheel ranks.

“People think the top drivers get there because Dad has a big chequebook, but they don’t. Money is important, but they have to have extraordinary talent, dedication, and commitment,” Chris says.

“I have a successful business, but I don’t walk down the street and drop $100 notes and keep walking.”

“Oscar’s bedtime stories were mainly car books. He could recite how quick cars were, the horsepower, how much speed they had,” Chris recalls.

“We bought remote-controlled cars when I was on a business trip in America and Oscar took to that incredibly. He started racing them and got third place in his first-ever event against 20 and 30-year-olds when he was just six.”

At nine, Piastri graduated to go-karts. “We went to the old Oakleigh go-kart centre and that was it. I had never seen a kid with as big a grin on his face as Oscar that day.” 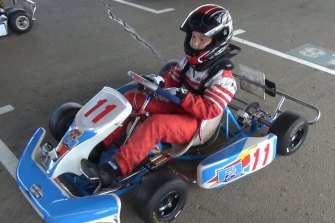 Oscar Piastri in his karting days.

“James taught him how to race over the next two years. When to judge the moment, when not to panic, when to overtake. There is a lot to learn for a 10-year-old,” Chris said.

The bills began to mount. Chris estimates that back then – 15 years ago – he might have spent $10,000 on remote-controlled cars.

Piastri’s first big foreign adventure came at the age of 14, when he travelled to France to compete in an international karting competition at Le Mans.

“We jumped on a plane with his helmet, gloves and a suit and turned up to race,” Chris recalled.

In the final he managed to snag third place. “It was a phenomenal drive.”

It was clear at this stage that Oscar had serious ability, but he was also entering a critical period of schooling. The decision was made to stay in Melbourne, but to race in Europe where possible.

“By the end of 2015 [after a year of international commuting] we decided to do a full crack at Europe,” Chris said.

“We were going to get a little flat in the UK and do the full European championships and all the build-up races.

“We signed a contract for about 100 days a year at a go-kart track. Testing was all over Italy, France, Belgium, Sweden, UK, Spain, Portugal. It was such a slog, Oscar was 15 at the time.

“We were getting up at 4am, driving to Stansted airport [north-east of London], getting on a plane, getting into a go-kart, spending a week in Italy, then coming back, staying miles from anywhere in little country towns.” 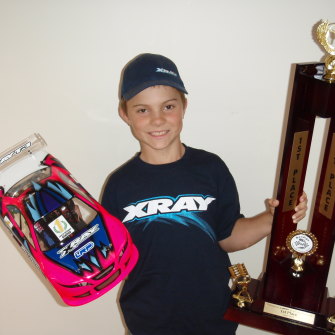 All up – living costs, rental cars, accommodation – Piastri senior estimates that exercise cost around £250,000 – half a million dollars.

But that was just the tip of the iceberg.

“We decided that it was right for him to start boarding school in September of that year and that I would go over every few weeks,” Chris said.

“That first year in F4 he came runner-up in the championship. It was clear that he was much more comfortable in a car, rather than a go-kart, and the next logical move was to go to Formula Renault.”

Formula Renault cars are bigger and more powerful and, after a transitional 2018 season, it was in 2019 that Piastri made his mark, winning the title for French team RACP in the last round at Abu Dhabi, marking himself as one to watch.

It was the winning of that Formula Renault championship that got him a spot in the Renault Academy with Formula 3 beckoning.

The competition increased – and so did the money required.

“The first big shock is when they tell you the number you need to bring along. I think it was about one million euros for F3,” Chris said. 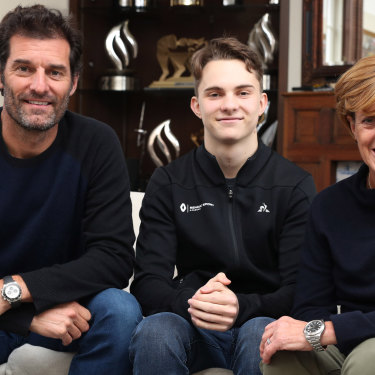 Piastri realised he needed some well-connected advisors to help find funding and sponsorship, and turned to ex- F1 ace Mark Webber and his partner Ann.

“It was really Mark and Ann who negotiated that final contract with Prema. Mark knows everybody. It was at that point that he started taking over the reins, dealing with the teams, managing Oscar up into the visibility of the teams.”

Webber, famously known for his fitness, determination and single mindedness, encouraged Piastri to improve his exercise program and develop his mental strength once he had been brought into the Renault (now Alpine) Academy. Webber knew from personal experience as a young F1 wannabe that Piastri would have to prove himself all over again against equally talented and desperate young drivers.

The Webber connection has paid dividends, as Piastri looks set to become the next Australian on the F1 grid either next year, or in 2023. This year in F2 at Prema Racing, Piastri and his backers would have to have found between 40-50 per cent of the estimated cost of €2 million, with Alpine also providing significant funding.

Chris has no regrets about the journey.

“The financial commitment is just one part. It’s a huge commitment by Oscar, by us as a family, and also those helping Oscar to get there,” he said.

“I was sitting there pumping up tyres and changing spark plugs at his first race, [and] now I can’t do anything other than watch the race – and sign the cheques.”

The cost of entry: The investment behind Oscar Piastri’s dream

Webber is confident his protege can go all the way.

“It was a no-brainer for us to help him out,” he said. “It’s hard to turn heads, especially in the F1 paddock, as they are pretty hard to please, but there’s not many people who haven’t mentioned him to me – how impressed they are with him, what he’s doing, the trajectory he is on.”

Webber is helping Piastri understand that it is not just driving fast that matters.

“He is making his presence felt, communicating and talking to people. Whether its engineering, commercial or marketing, those things are essential to turning pro. And when you turn pro you have to be at a very high level,” says Webber, who points out that “commercial support out of Australia is virtually non-existent” so Piastri has to impress foreign backers.

“If I can lean on him and help him turbo-charge some of these things, mentally, I will.

“One of Oscar’s biggest strengths by a mile, compared to everyone he is competing against – and this will be a huge string to his bow when he makes it to F1 – is his composure. He has immense levels of composure.

“If you are weak mentally you won’t make it. He was on his own from an early age. He did brilliantly with his studies. But the racing disease would not go away, he wants it very much.

“Getting out there and taking a risk is essential. That’s how you learn, having independence and having to be responsible for the consequences of decisions at a young age.” 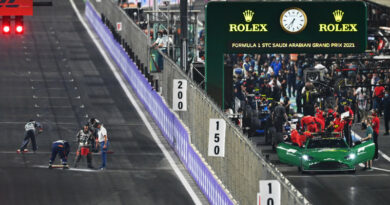