Home » Racing » ‘The game has changed’: Esports the shining light in dark times to bring racing fans their motorsport fix

Max Verstappen hasn’t had the best of qualifying sessions. He’s starting in the unfamiliar position of ninth, and before he’s even made the first corner, the Formula One superstar is down to 11th. From there it gets worse, a three-car pile-up sends send the eight-time grand prix winner into the gravel and to the back of the field. The recovery drive will be thrilling, if somewhat unfulfilling, as he salvages 11th place with another off along the way.

Welcome to eSports, which up until last week was not so much sport’s little brother as it’s distant second cousin that you might have met at aunt Sandra’s wedding, but can’t really remember and don’t really care to.

Yet what used to be a place reserved for those who couldn’t cut it on the track is now occupied by the likes of Verstappen, the favourite to challenge Lewis Hamilton in this year’s Formula One season. Look closely and you’ll see that Lando Norris is there too, as is Stoffel Vandoorne and Esteban Gutierrez. At the weekend, that collection swelled to include Nelson Piquet Jr and Juan Pablo Montoya, two former F1 drivers, as well as Indy 500 winner Simon Pagenaud and fellow IndyCar driver Felix Rosenqvist. Suddenly, it’s cool to play eSports.

It cannot be ignored that the coronavirus crisis has played a role in that. Finding a live sporting event last weekend was as easy as finding a needle in a haystack, with National League football and a handful of rugby league matches just about the only offering to survive the swathe of sporting abandonments. It’s why so many people found themselves on Twitter, or YouTube, or Twitch, watching some of the best drivers around the world in their homes in a chair behind a steering wheel, a familiar sight in an unfamiliar setting.

With Formula One yesterday announcing the additional postponement of the next three races on top of the already abandoned four this season, and both Formula E and MotoGP postponed for the foreseeable future, eSports will be the only offering of motorsport available for fans to consume in the coming weeks of quarantine, self-isolation and potential lockdown.

Overnight, the support act has become the headline event.

“The game has changed, and when we come out the other side it’s going to have to be the same again in the real world because the rules are going to have to change,” says Darren Cox, president and CEO of Torque Esports and founder of The Race, who together delivered the weekend’s All-Star Esports Battle. “We’re going through a lesson here, this is a fantastic way to interact with fans.”

Cox was the brains behind Nissan’s GT Academy programme, which for nine years transformed Gran Turismo gamers into full-blown racing drivers. Jann Marderborough and Lucas Ordonez, both professional drivers today, are past winners of the GT Academy, and Cox developed this idea upon his departure from Nissan’s motorsport department to create the World’s Fastest Driver project that teamed up with McLaren to find a gamer of a similar profile. James Baldwin, the winner of last year’s series, was due to race this year within Jenson Button’s team in the GT World Challenge Europe, formerly the Blancpain Series. The inaugural winner, Rudy van Buren, is a development driver for Formula E outfit Mahindra Racing.

Fast-forward to today, and The Race is arguably causing a bigger stir now than it did last month when it launched as a new online motorsports outlet concentrating on five sole categories (F1, MotoGP, IndyCar, Formula E and eSports) with leading writers signed up from each. Think The Athletic on two wheels and four. 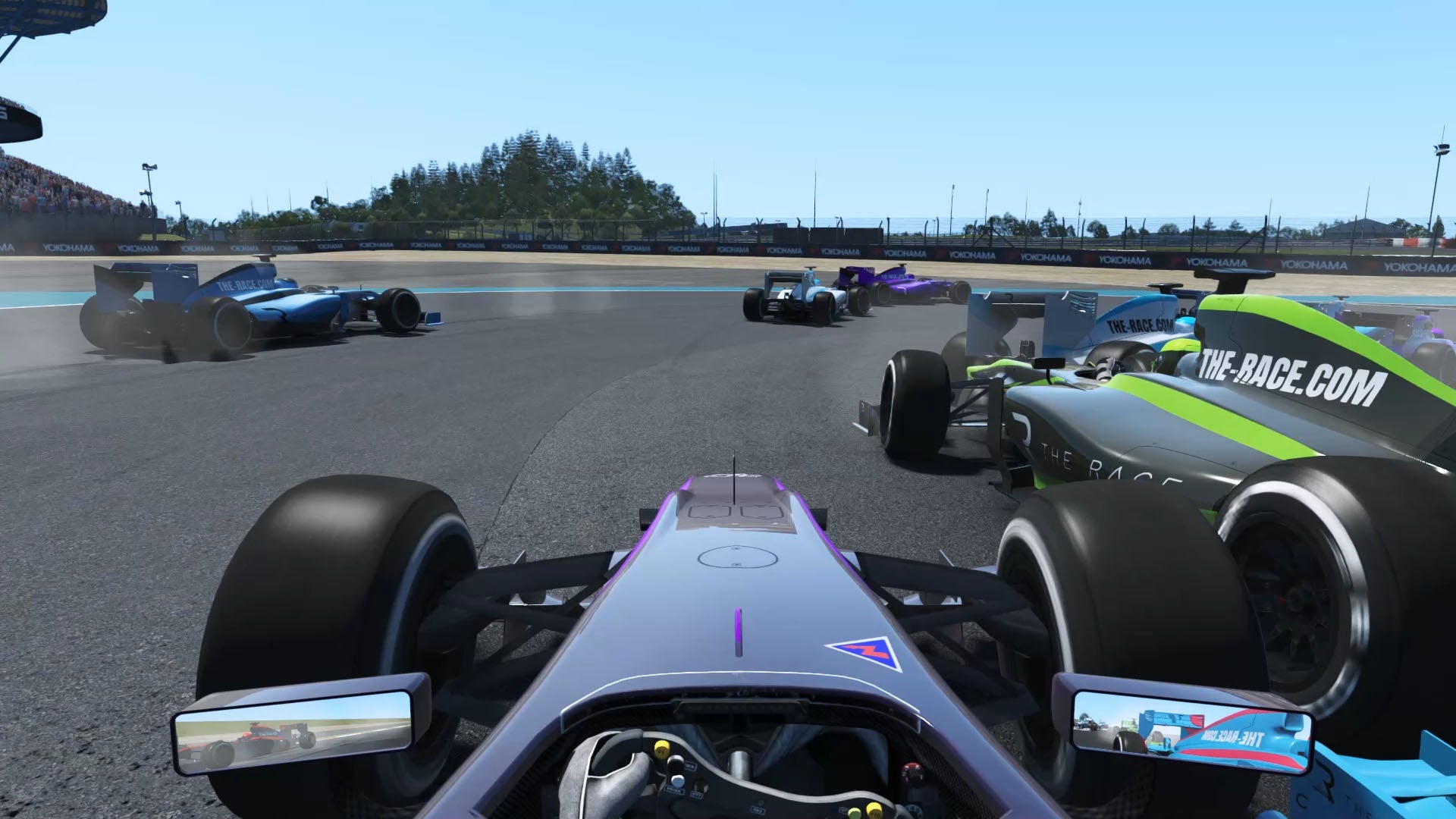 Yet while their coverage so far has been among the best in the industry, it was their eSports activity on Sunday that took the world by storm. “The fact that there wasn’t any motorsport helped,” admits Cox. “Before Wednesday 92 per cent of our traffic was real racing, and it’s literally flipped the other way almost to the exact percentage, and the only story anybody is reading about is about this stuff that’s probably to a new audience, a younger audience.

“It’s obviously a terrible circumstance but we’re really trying to make sure that the community out there is served and distracted from the difficulties that we’ve got outside our door. This whole stay-at-home economy is absolutely booming and obviously gaming is part of that.”

There were two helpings of motorsport served up online at the weekend, with The All-Star Battle followed by Veloce Esport’s ‘Not the Aus GP’ that featured Norris, Vandoorne as well  as Real Madrid goalkeeper Thibaut Courtois and professional golfer Ian Poulter. The unique drawing point is the fact that the world’s best simulation racers are able to go up against the elite in the sport, and more often than not, it’s the gamers who prevail.

“I’ve had a simulator at home for many years but I’ve never really played seriously,” admits ex-F1 and Formula E driver Nelson Piquet Jr. “It was more for a bit of fun with friends, but nothing close to a professional sim race. All the races going on at the moment are way more competitive than I am used to.

“A simulator is a complicated thing; it’s not just a plug and play situation. There are so many set-ups and variations and a thousand different steering wheels, seats and computers you could choose from. I’ve been learning so much even the last couple of days that I’ve probably learnt more this week than in the last three years! 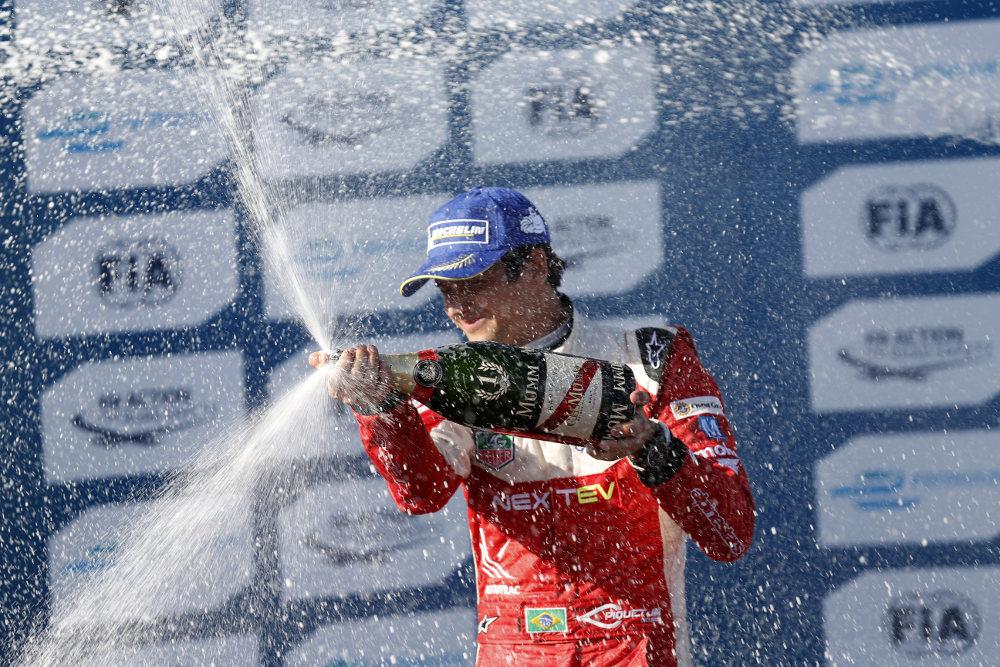 “It’s fantastic that it’s bringing the racing community together. You get to know some drivers that maybe you hadn’t come across in the past and everyone is getting together and doing fun activities online. The motorsport community isn’t that big but there’s still people that you might not know that well and we’re getting to know each other more and people are helping each other out. We love racing so what it’s doing is providing some fun in tough times and it’s helping us be united.

“If you look at the eSports race from last weekend that I was involved with, The Race All-Star Esports Battle, in the final the top six were all professional sim racers, with a ‘real world’ racer coming seventh. A lot of these guys have relationships with racing teams in Formula One and Formula E and provide helpful work on simulator development. They’re impressive people.”

This weekend they will do it all again. Both The Race and Veloce have events planned with both familiar and new drivers signing up to compete. Yet the beauty of online racing is the ability to change it up in a heartbeat. After both staged their races on Sunday last weekend, a quick chat will ensure the All-Star Esports Race takes place on Saturday evening in order to avoid a clash. Double the time, double the eyes that see it.

The format has also been changed with this Saturday’s heats followed up by a repechage shootout to earn a place in the final, while Veloce will follow up on Sunday with ‘Not the Bah GP’ – the online alternative to this weekend’s postponed F1 Bahrain Grand Prix.

“That’s the brilliant thing,” notes Cox. “Can you imagine F1 and the FIA having a chat with sportscars and saying ‘what time do you want to go, we’ll go at that time’ and they’d agree? It’s so entrenched and narrow-minded that that wouldn’t happen.

“But with eSports, I’m one of the principals of those two championships and we’ve established that with no committee meeting, no NDAs. It’s ‘what time are you doing something? We’ll go at this time’.

“That’s the attitude and it’s how you’ve got to do it. We’ve got to stick together and hopefully sport will bring some small bit of joy to the fans out there.” 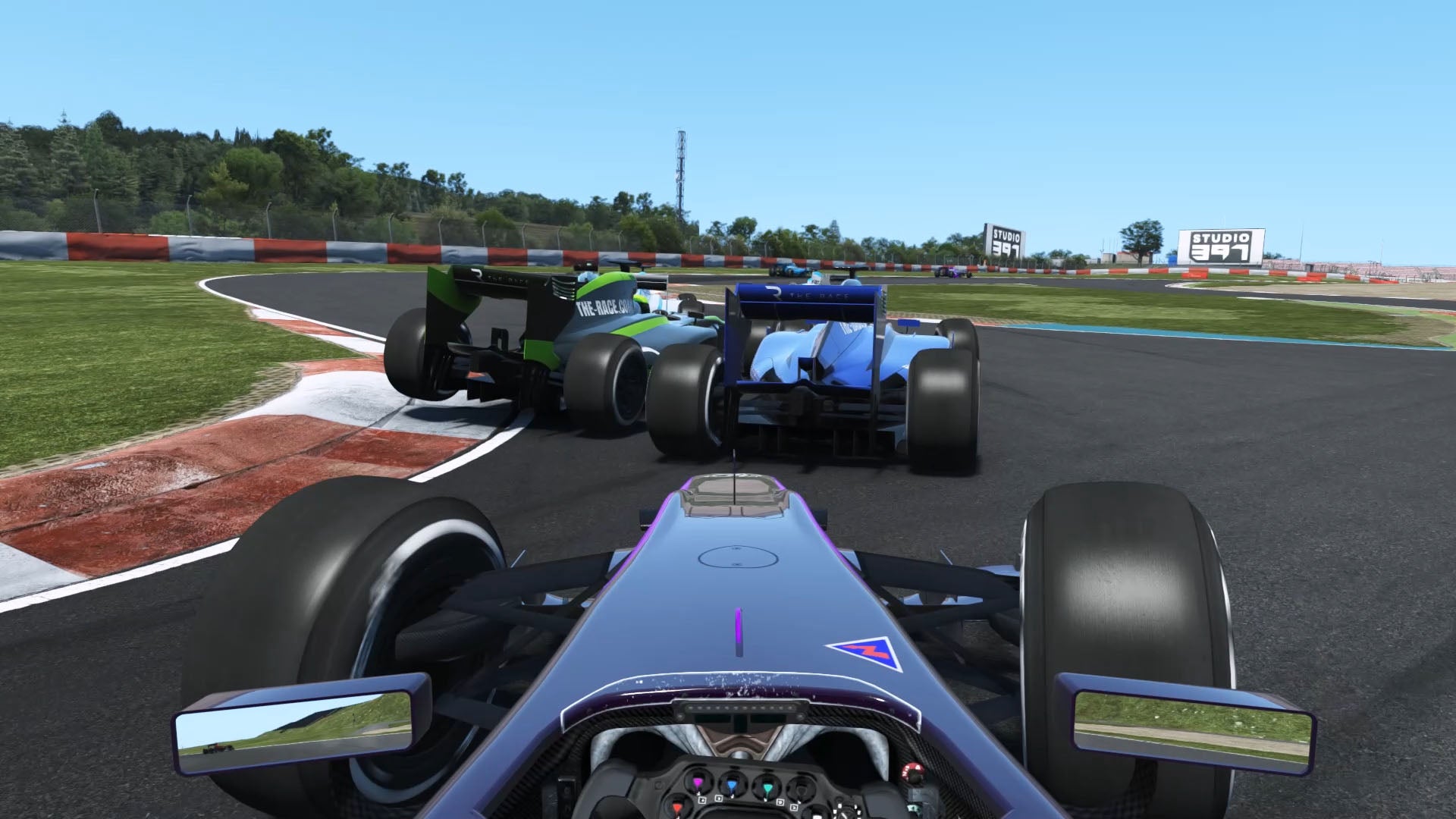 While the obvious entertainment value of eSports is priceless at a time when large numbers of the world’s population are facing lengthy stays stranded indoors – and Cox stresses it will remain priceless – it is the interaction with fans that is its strongest play. Pre-race build up features online chats between racers, fans, commentators, writers and even the teams, with both BMW and Porsche engaging in the conversation minutes before lights out. Can you imagine Mercedes and Ferrari doing so as the grid lines up in Melbourne? I didn’t think so.

But key to any sport is the fact that it’s competitive. This is a sim racer’s world, where Verstappen and his band of professional drivers are playing catch up to the real pros.

“In any type of sports, if you want to be good at it, you need seat time or playtime,” says Van Buren, the inaugural World’s Fastest Gamer. “With the home simulators there is always a bit of getting used to them and having that final few per cent of extracting the maximum out of something.

“If you look at Lando or Max or so, they’ve invested in sim seat time and they’re fast. It’s possible, but it takes time to be good at it; it’s no different to getting good in a racing car – you need time.”

The gap between the two is getting smaller. Sim racers are faster than ever on the track, while professional drivers are inching up the ladder in the virtual world. But it’s not so much the shrinking gulf between them as the complete removal of the barrier that prevented eSports from hitting the outside world. Motorsport is the industry leader, but FIFA and Madden and numerous other sports simulations will follow as a much-needed outlet in these testing times. We don’t know what will happen in the coming months, but one thing we do know is that it’s time sport starts to learn from eSports rather than the other way round as simply put, the game has changed.

Dean Jones blasts ‘poor’ Cricket Victoria
We and our partners use cookies on this site to improve our service, perform analytics, personalize advertising, measure advertising performance, and remember website preferences.Ok