Sometimes, it's what isn't said that shouts the loudest. As Formula One testing kicked off in Barcelona on Wednesday, a glance at the timesheets painted one picture of the early-season pecking order ahead of next month's Australian Grand Prix.

The carefully-crafted soundbites of the drivers once they faced the press after nine hours of on-track running revealed further clues of their optimism for the season to come. But for Red Bull Racing, it was a simple nod and a smile that suggested that this year, Max Verstappen might be able to satisfy himself with more than regular podiums and the occasional victory that's been the story of his four seasons driving for one of the sport's highest-profile outfits. 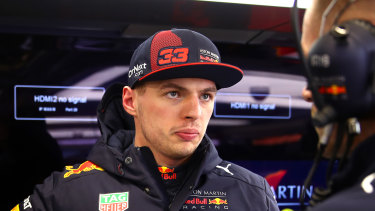 The 22-year-old Dutchman wasn't the fastest man around the sun-drenched Circuit de Catalunya – that honour, somewhat ominously, went to Mercedes' reigning world champion Lewis Hamilton – but the new RB16 chassis, for its first day on circuit, was predictable and consistent, the launch point for Red Bull to reinsert itself in the fight at the front for bigger prizes. And Verstappen
knew it, a nod and broad smile to Red Bull senior management away from the prying eyes of the cameras after the opening morning of running giving the non-verbal feedback that would make impartial F1 fans optimistic about the season to come.

Since they last won the drivers' and constructors' titles in 2013, Red Bull has been trying to muscle their way back into championship contention against a rampant Mercedes outfit, but for the past three years, third place is the best they have managed. Verstappen finished a career-best third in the
drivers' standings last season and was on the podium in nine of the 19 races, but finished 135 points – the equivalent of more than five race wins – behind Hamilton, the Briton taking his third title in a row.

Were the first impressions of the RB16, in Verstappen's view, positive enough to think that Red Bull could end Mercedes' silver stampede at the sharp end this season?

"The car's been working really well and the reliability was really good, so very happy after the first day," offered Verstappen, who completed more laps than any other driver (168, the equivalent of more than two-and-a-half Grand Prix distances) to finish 0.540secs off Hamilton's front-running pace.

"It's been a good day, a long day too with the first time back in the car, and your neck is a bit stiff at the end.

"We did a lot of laps, which I think is the most important at the moment. Together with the engineers, that's what we want to see. We just want to learn the car, try things with the new car, and the reliability is very positive."

Verstappen's first day of the wheel wasn't without its hiccups – a pair of harmless spins at the Turn 14-15 chicane at the end of the lap showed that ambition could occasionally get ahead of adhesion – but there was plenty for the 22-year-old to be optimistic about before he handed the car to teammate Alexander Albon for day two of testing on Thursday.

Mercedes looked quick and reliable on the first day of testing, Hamilton taking over in the afternoon after last year's Australian Grand Prix winner Valtteri Bottas had set the fastest lap of the four-hour morning session, recording a time of 1min 17.313secs. Hamilton went 0.337secs quicker in the afternoon, looking supreme as he scythed through the high-speed right-hander of Turn 3, one of the most daunting corners of the 16-turn, 4.6-kilometre layout.

Ricciardo took over at Renault from new teammate Esteban Ocon for the afternoon session with an aim to gain mileage and familiarity in the new RS20 chassis, and despite a cautious opening, lapped 0.131secs faster than the Frenchman en route to seventh place overall.

The 30-year-old, out of contract at the end of 2020, sported a striking purple helmet in tribute to NBA star Kobe Bryant, and was buoyed by a trouble-free afternoon of running, completing 54 laps.

Matthew Clayton travelled as a guest of the Australian Grand Prix Corporation.

Price slips to third in Dakar Rally after tyre ‘falls off’