Home » Racing » ‘Trying to screw you over’: Bottas unhappy with penalty as Verstappen takes pole

The Finn, who qualified second, will start fifth at Austria’s Red Bull Ring, said the penalty was too harsh and suggested it had been fuelled by rival teams complaining to officials. 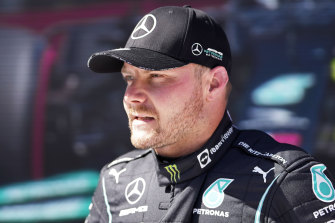 McLaren, who use Mercedes engines, were quick to bring the incident to the attention of race director Michael Masi over the team radio.

“Michael, that’s absolutely ridiculous,” said team manager Paul James. “He could have taken our guys out there”.

Bottas said at the time he had tried “something different” in getting out of the box in second gear but felt it had been a normal incident.

“My personal view is [it’s] quite harsh,” the Finn said of the penalty.

“I never imagined … there would be a penalty but of course other teams, when they see the opportunity, they complained that it was dangerous so that we would get penalised.

“That’s how it goes, everyone is always trying to screw you over in this sport.”

Formula One is publishing radio messages between the teams and Masi for the first time this season.

“It’s good that these channels are now opened up so we can all have a laugh.”

Wolff recognised an out-of-control car could have hurt someone, and said he understood the penalty although he also found it harsh.

“I find it harsh particularly against someone like Valtteri who is never putting a foot wrong. He was very honest and straightforward with his explanation,” he added.

“Many others would have come out and said ‘I don’t know what happened; the banner on the floor was slippery and you need to change the way you paint’. He came out and said ‘I tried to optimise my start and I lost it.’

“We should have a little bit more integrity like Valtteri has around the paddock,” added the Austrian.

Verstappen leads Hamilton by 12 points after seven rounds, with three wins each, and Sunday’s race promises to be another thrilling battle between the championship’s two outstanding drivers.

The pole, with a lap 0.194 seconds quicker than Bottas’s best, was Verstappen’s second in a row after France last weekend, and third of the season. It was also Red Bull’s first at the Spielberg circuit.

“I’m sure again tomorrow it will be very tight,” said the Dutch driver after posting a fastest time of one minute 03.841 seconds with his first run of the final session. His second lap was slower, but still quicker than anyone else.

“Hopefully again it will be as interesting as in France,” added Verstappen, who won at Le Castellet after overtaking Hamilton on the penultimate lap as part of a bold two-stop strategy. 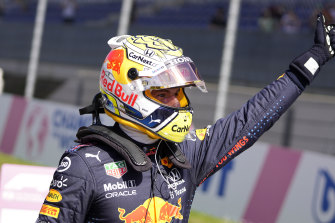 Hamilton said he had done all he could but his second run had not been one of his best efforts and he made mistakes on the final run.

“Nonetheless it’s still on the front row after the penalty,” said the Briton. “I did everything I could and we go into the race tomorrow for a fight.

“They’ve generally had a quarter of a second on us all weekend. We’ve managed to eke closer in qualifying but in race trim yesterday they were 0.25 ahead of us most of the time,” he added of Red Bull’s speed.

“It will be interesting to see whether or not we can manage it. I don’t think we have raw pace to overtake them, that’s for sure, but we might just be able to keep up. Maybe tomorrow we’ll be surprised, maybe it rains.”

The short lap meant drivers held back, jockeying for space and clean air, throughout qualifying and particularly the end of the final phase.

Hamilton decided to take matters into his own hands and pass several cars ahead of him, without gaining anything as Verstappen’s time stood the test.

Red Bull are chasing their fourth successive victory after winning in Monaco, Azerbaijan and France. The team last won four in a row in 2013, before the V6 turbo hybrid era ushered in seven years of Mercedes domination from 2014. 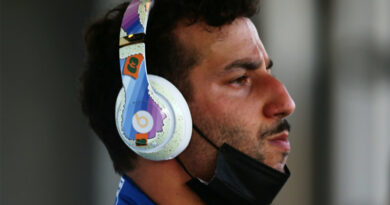