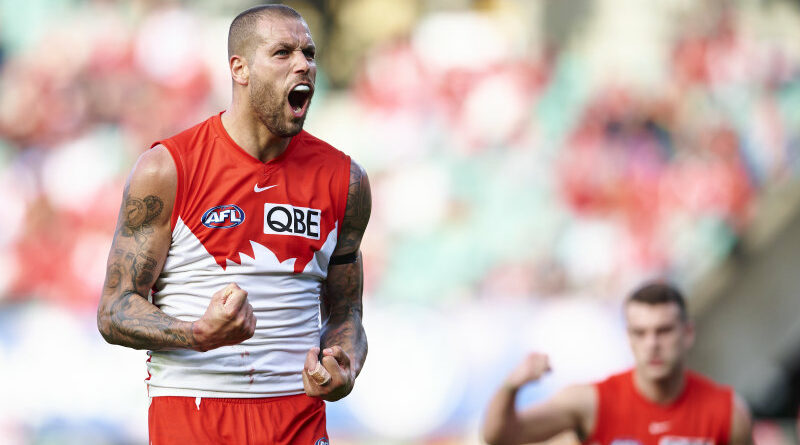 The Sydney Swans have expressed confidence about retaining AFL goal-kicking great Lance Franklin, declaring that contract negotiations with the star forward are “tracking well at the minute”.

Before a Channel Nine report linked Franklin with a potential move to the Brisbane Lions, Swans chief executive Tom Harley said the key forward, 35, was “locked in with his footy” and “there’s no hurry from our point of view”. 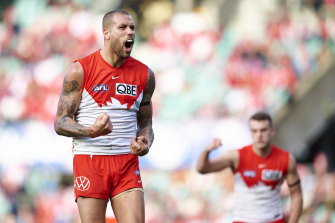 Harley’s optimistic tone that Franklin was poised to extend his Sydney tenure came despite the report from Nine in Brisbane, which said the Lions had emerged as a strong contender to gain the veteran superstar’s services.

According to the report, Franklin and his partner Jesinta are keen to move north to Queensland to be closer to family on the Gold Coast.
However, the Swans later indicated that talks between the club and Franklin’s management were “respectfully ongoing”.

Franklin has been a star at the Swans since departing his original club Hawthorn after the 2013 season. He ventured to the Harbour City on a nine-year, $10 million deal amid widespread scepticism that Franklin would play to the end of his deal.

Instead, after 335 matches and more than 1000 goals, he is poised to extend his AFL career into an 18th season.
There were astonishing scenes at the SCG in round two when Franklin booted his 1000th career goal.

Swans boss Harley told 3AW the club would love for Franklin “to play for as long as he wants to keep playing”.

He was speaking before the Channel Nine report surfaced.

“I know that Lance is absolutely locked in with his footy at the moment, I think it looks that way.
“So I appreciate that everyone would love an answer, but there’s no hurry from our point of view and no hurry from Lance’s point of view, so things [are] all tracking well at the minute.” 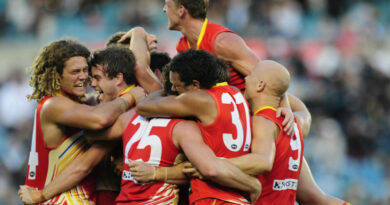 From the Archives, 2011: Suns finally taste victory after downing Port