Home » Rugby League » A Giant dilemma: What GWS are weighing up with the No.1 pick 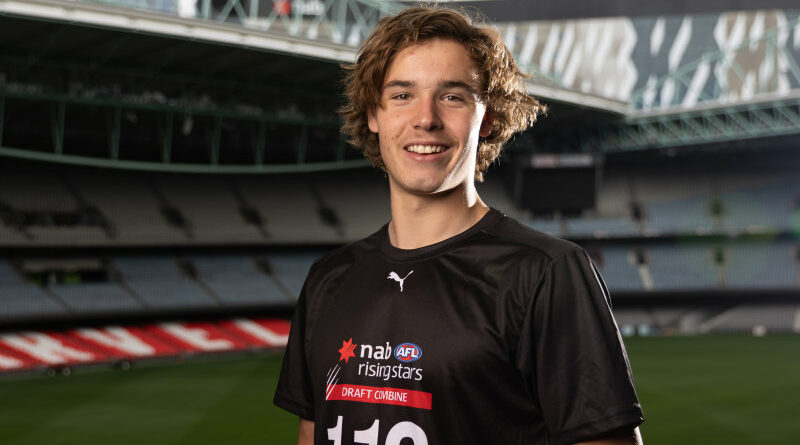 Will Ashcroft is the best player in this year’s AFL draft crop, but his almost certainly won’t be the first name read out.

Welcome to the complexities of the sporting world’s most compromised draft, with father-son, academy and compensation picks muddying the waters. 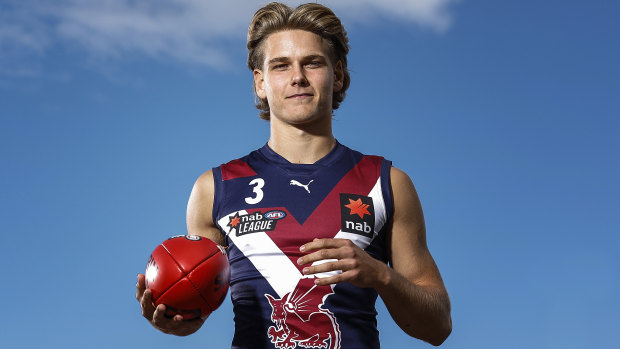 Will Ashcroft, son of Brisbane Lions triple-premiership player Marcus, is considered the best player in this year’s draft pool.Credit:AFL Photos

Greater Western Sydney snared the No.1 pick as part of the so-called mega deal during the trade period in October – but did so with someone other than a prodigious ball-winner in mind.

The Giants’ recruiting team, led by Jason McCartney and Adrian Caruso, will make the call, knowing the intricacies of the draft system mean Ashcroft is Brisbane Lions-bound regardless of what they do.

Instead, the Giants are expected to anoint Greater Western Victoria Rebels key forward Aaron Cadman, who hails from Darley, about an hour out of Melbourne, as the dux of this year’s football class.

In an extraordinary rise, Cadman went from playing as a wingman at the end of the 2021 NAB League season to leading the competition goalkicking as a strong-marking forward, becoming an All-Australian and captaining Victoria Country. 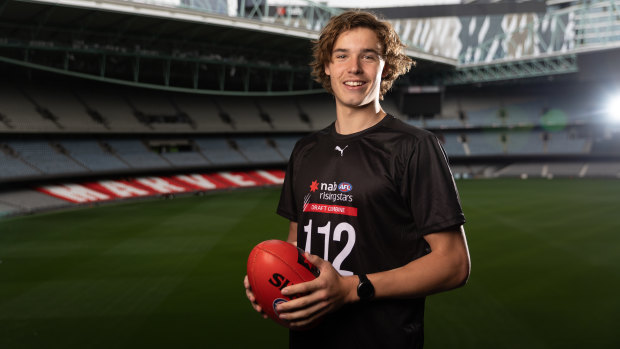 Aaron Cadman could be the No.1 pick in this year’s AFL draft.Credit:Jason South

A five-centimetre growth spurt has the easygoing 18-year-old standing at 196 centimetres and tipping the scales at about 90 kilograms. In barely a week he is set to join the exclusive company of players such as Nick Riewoldt, Luke Hodge, Brendon Goddard and Sam Walsh as a No.1 pick, albeit with the Ashcroft asterisk.

The question of whether to bid on Ashcroft may not be dominating the Giants’ planning, but in the years to come it will be their first pick who is remembered more so than the rest of their draft hand.

That No.1 status might even be more important in a non-traditional football market such as Sydney, according to Swinburne University’s associate professor in sport marketing, Adam Karg.

“There is definite short-term value as an asset to build pre-season campaigns on – memberships and sales – and this is easier to do with a No.1 pick than a No.2 pick, where you got outbid, in any sport,” Karg told The Age.

“It’s the gold medal, it’s the first player photographed who will get the most attention and the most media coverage in the days after … this will give the Giants the best possible chance of maximising that coverage.

“It’s tough to put an accurate financial number on, but it’s a good brand tool to have, particularly if you combine with a new coach [Adam Kingsley]. Even one or two per cent gains in member conversion can make a big financial difference for clubs.”

Ten list and recruiting managers who spoke to The Age unanimously expected GWS to select Cadman and not bid on Ashcroft, with most believing they had no obligation to uphold draft integrity or keep the Lions accountable.

North Melbourne opted to pick Jason Horne-Francis at No.1 last year instead of bidding on father-son prospects Sam Darcy and Nick Daicos, but Adelaide bid on Western Bulldogs Next Generation Academy prodigy Jamarra Ugle-Hagan at that spot in 2020.

The difference then was the Crows had something to gain from forcing the Dogs to use more draft points, given both clubs were also interested in James Rowe, who Adelaide later snapped up.

The Giants have no such motivation because of where their remaining selections are, whereas the Kangaroos would benefit and are tipped to bid on Ashcroft.

Some opposition scouts believe if the Giants select Cadman it would be on a needs basis, rather than as the best available player as is customary for clubs with a high-end pick.

They point to last year, when GWS bid on key-position prospect Darcy at No.2 – which the Bulldogs subsequently matched – but bypassed Collingwood father-son Daicos, who slid to No.4.

One list manager pointed to the Giants’ slew of first-round picks enabling them to go needs-based on a footballer who is rated comfortably the draft’s best key forward, ahead of fellow likely first-round pick Matt Jefferson.

But at the same time, there are recruiters who have long rated Cadman at No.1 – setting aside Ashcroft – while others insist he is at least top two and dismiss any suggestion he isn’t a top-five prospect. George Wardlaw is the only other player seriously raised as a No.1 pick contender.

They argue there will be plenty more midfielders next year but not so many Cadmans, especially when GWS is crying out for another tall target to support Jesse Hogan.

The budding star has long been likened to Jeremy Cameron, the gun Cat whose departure from the Giants at the end of 2020 ended the club’s hopes of winning a historic flag with their first generation of players.

But recruiters are also comparing Cadman to other big forwards. One of those is ex-Essendon star Scott Lucas – for his aerobic capacity, work ethic and raking left-foot kick – while his athleticism and marking ability remind others of Carlton’s Charlie Curnow. 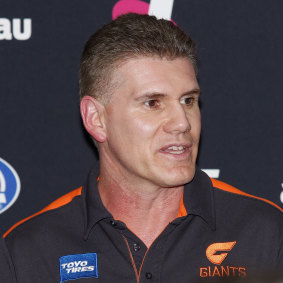 There is, of course, another not-so-insignificant reason Cadman appeals to GWS: he is more than happy to pack his bags for the Harbour City, unlike some of his draft peers.

Giants list boss McCartney caused a stir when he claimed recently that “we love all the players who have been talked about, but there’s some we can’t pick. That’s the reality”. Rebels talent manager Brooke Brown said GWS would “absolutely not” have that problem with Cadman.

“He would relish the opportunity to move away and start an AFL career, so there’s not an ounce of worry,” Brown said.

“He is the most level-headed kid you’ll meet, and he doesn’t care where he goes. He would love to be pick one, but he would also love to be pick 80 – he just wants to be on an AFL list.”

Cadman’s agent, Julian Petracca, of Hemisphere Management Group, echoes those sentiments. Throw in Cadman’s likeability, how teammates “flock to him” (as Brown witnessed), plus a competitive streak that recruiters love, and it’s easy to understand why the Giants are enamoured with him.

There are no concerns on Cadman’s work ethic either, after he spent the week of the Rebels’ wildcard round match – which proved their final one of the season – rising at 4.30am each day to keep working for his electrician father.

“He hates being beaten, which is the reason why clubs are attracted to him as a key forward,” Petracca said.

“He is constantly working hard on his game and has a great attitude to his footy and life, and a really good understanding of what’s required to be an AFL player.”