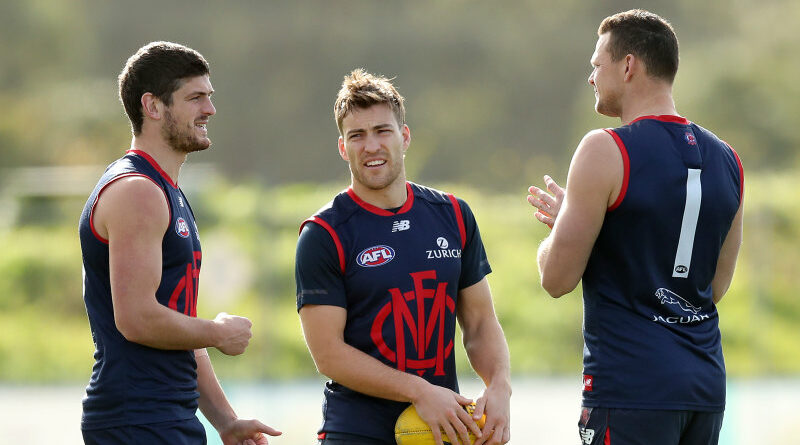 Hopes AFL clubs would be able to return to normal as they come back for pre-season training this year have not materialised, with the league again imposing group training restrictions on clubs in the wake of COVID-19 outbreaks in NSW and Victoria.

With West Australian clubs affected by quarantining players and Greater Western Sydney’s AFLW team relocating to a pre-season training hub in Albury, the AFL has got on the front foot to manage the lingering risk of the recent outbreaks by restricting clubs to small training groups, of a maximum 10 players, at least until all players on a respective club's list return negative COVID-19 tests. 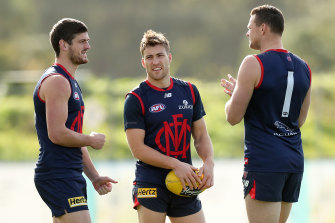 Club sources confirmed to The Age that they had received an email from the AFL on Sunday that outlined the restrictions, which are in place for both AFL and AFLW programs. Clubs are set to resume pre-season training this week, following the Christmas/new year break.

The restrictions mirror those enforced at stages during the drastically pandemic-affected 2020 season, in which all clubs were forced to relocate interstate for a period. Victorian clubs were on the road for months at the back-end of the season while the state was in its hard lockdown.

State border closures have already wreaked havoc for AFL clubs, with the Giants shifting out of Sydney in the wake of NSW's outbreak and clubs scampering to get players out of NSW last week following the announcement of tough border restrictions.

WA's hardline stance towards Victoria, following its relatively small outbreak last week, has hit Fremantle particularly hard, with around one-third of the Dockers' men's list forced into quarantine as they returned to WA. West Coast have also been affected by the changing landscape.

The AFLW season is scheduled to begin in just three-and-a-half weeks on January 28, with a clash between Carlton and Collingwood, while the men's pre-season schedule is pencilled in to begin on February 18, with a date between Geelong and Essendon.

The AFL hoped football could return to relative normality in 2021, but the league has maintained it will be guided by state government and chief health officer advice and has been cognisant that flexibility could yet be needed while the coronavirus remains at large.

With different restrictions in different states, the league is mindful of trying to retain a sense of fairness so that teams in states where restrictions are more onerous are not overly penalised.

‘He is a special human’: Coaches rally around Shaw