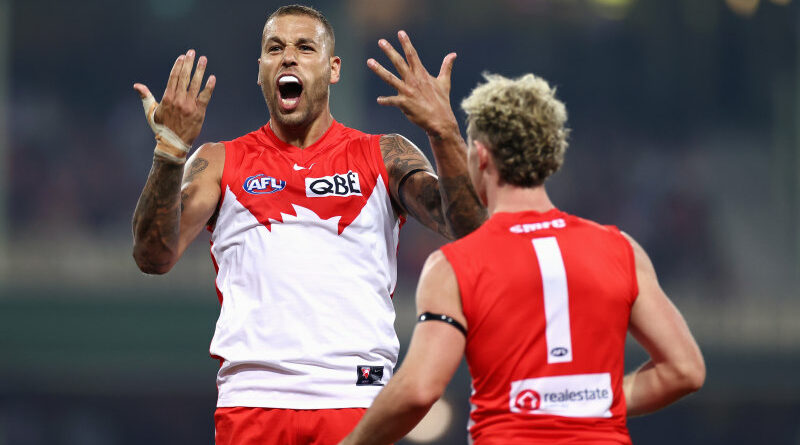 The AFL says it wants to reunite Sydney and Greater Western Sydney players with their families as soon as possible despite NSW’s lockdown being extended by another week.

The prospect of the Giants and Swans playing their derby in Sydney on Saturday week looks increasingly untenable after NSW premier Gladys Berejiklian extended the lockdown for Greater Sydney until next Friday. 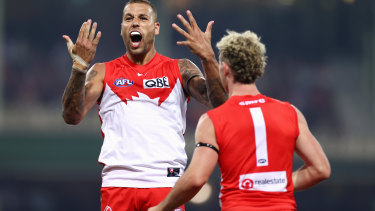 Lance Franklin of the SwansCredit:Getty

The league released its fixture for round 18 on Wednesday night, with the Giants-Swans clash left without a venue for now. Canberra is a contender to host the game given the unlikelihood it will be held in Sydney.

Sources also indicated that it was doubtful the Swans would be able to host Fremantle as planned in round 19, with that match also a strong chance to be shifted to Victoria.

The Giants and Swans have entered their third week in Victoria after fleeing NSW, with a return date still up in the air. The AFL had previously committed to ensuring players would not spend more than three weeks consecutively away from home.

“I want to acknowledge the GWS Giants and Sydney Swans football clubs who remain in Victoria – we will continue to closely monitor the situation in New South Wales and hope to reunite both clubs with their families as soon possible,” AFL fixture chief Travis Auld said.

“As we navigate the situation across the country, we will continue to work closely with respective state governments, all AFL clubs and other key stakeholders while ensuring the health and safety of the community remains paramount.“

As flagged by The Age earlier in the week, Richmond will host Brisbane in a Friday night match at the MCG in round 18.

The Lions’ round-17 game against St Kilda will proceed in Queensland but at Gold Coast’s Metricon Stadium rather than the Gabba, owing to Brisbane being considered a “red zone” by the Victorian government compared to Gold Coast being an “orange zone”.

Elsewhere in round 18, the Saints have a standalone Saturday night game against Port Adelaide at Marvel Stadium, while Carlton and Collingwood will clash in a 3:20pm Sunday game at the MCG.

Geelong will head to Perth to confront Fremantle to start the round on a Thursday night at Optus Stadium.

Meanwhile, the Victorian state government confirmed on Wednesday that crowds would return to 75 per cent capacity this weekend in Victoria, but with a cap of 40,000, slightly better than what some officials had been expecting earlier in the week.

‘We are made of the right stuff’: Davis 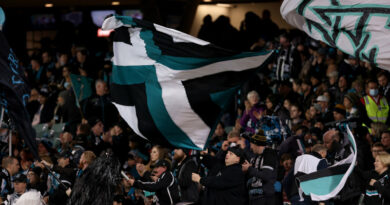