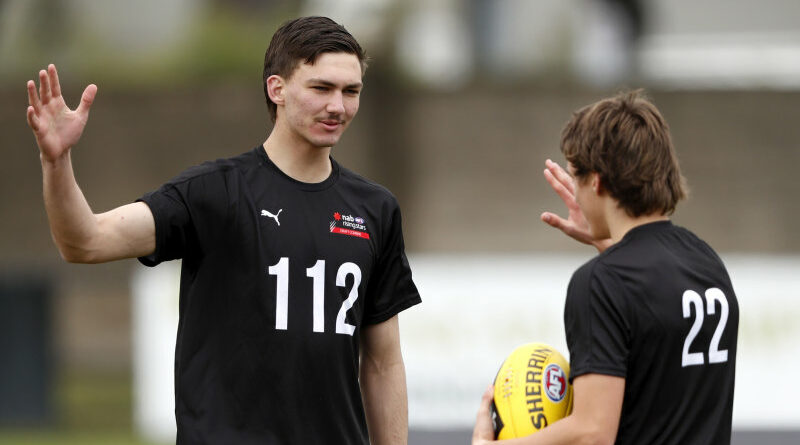 Richmond have mined the national draft with five picks inside 30, not only to avoid the free fall that follows an era of success, but out of necessity after AFL rule changes.

Recent changes to the rules have forced the Tigers to chase elite kicks in the draft. Those rule changes have partly taken Richmond’s high-pressure forward line crush game away from them, and helped favour the transition game rebounding from half-back. That has forced the Tigers to go to the draft with a higher priority on the kicking skills of their recruits. 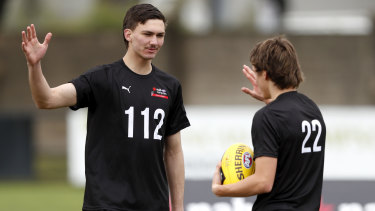 Having taken an intercept marking defender in Josh Gibcus with their first pick in the first round, the Tigers attacked runners who could kick with their next four picks.

They got Tom Brown at 17 on Wednesday night, and then with three picks from 28 to 30 on Thursday night they took Tyler Sonsie, an inside midfielder in the Darcy Parish mould, Sam Banks from Tasmania, and quick goal-kicking small forward and midfielder Judson Clarke with their last pick. 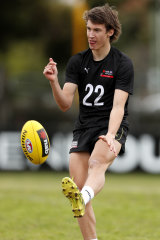 “We have got some parts of our list that we needed bolstering in terms of depth,” Richmond recruiting manager Matthew Clarke said.

“We have always had a bit of a focus on kicking, but we’ve played such a high-pressure style of footy that that hasn’t been as paramount [in recent years]. But with a slight change in the AFL rules maybe there’s a bit more of a focus on that [kicking], and these boys that we have brought in, particularly Brown, Banks and Clark – Sonsie is a good kick but he is more of a midfielder, a running type – that’s what we targeted with those three.

Clarke said the Tigers had looked at the experiences of Sydney, Hawthorn and Geelong in how they dealt with their lists after periods of success and wanted to attack this year’s draft to rejuvenate with youth after having secured players though free agency and trades in recent years.

“We targeted this draft as having some really good depth in the runners and obviously good key position players early. We wanted best available and it worked out really well that the best available for us was the big boy Josh [Gibcus].

“You have got to find that balance and we have taken some lessons out of some sides that have been successful, and obviously [the] Hawks and Cats and the Swans had some success there as well … so we have looked at all those models and hopefully have taken a little bit out of everything and have that balance without going too heavy with one, with heavy in the draft, or heavy with trade and free agency.

“Hopefully we’ve been able to balance that with some free agents and trades that have come in over the last few years, and tonight we thought it was a good opportunity to add some talent.”

Tetevano still welcome on Roosters’ US trip despite changing stripes 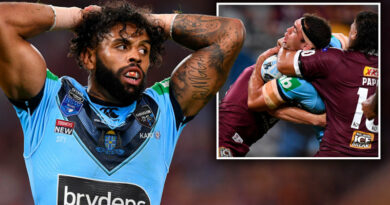