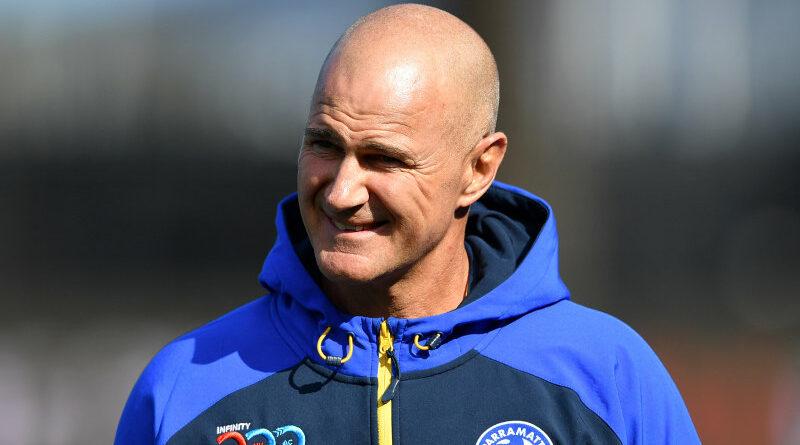 Brad Arthur will surpass Brian Smith as the longest serving coach in Parramatta history after signing a new two-year extension to keep the coach at the club until at least 2024.

The Parramatta Eels have put their faith in Arthur to lead the club to a drought-breaking premiership just months after it appeared the coach was a dead man walking after his team’s capitulation in the lead up to the finals. 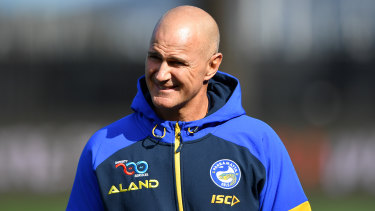 Brad Arthur will be at the helm of the Eels until the end of 2024.Credit:NRL Photos

However, the team’s performances in the last month of the season, including a shock victory against the Melbourne Storm in round 24 and a gutsy effort against eventual premiers Penrith in the second week of the finals, convinced club powerbrokers that the team is heading in the right direction under Arthur’s watch.

“I’ve never been backwards in coming forwards about my feelings towards the club,” Arthur told the Herald.

“I played there as a junior. I would have loved to have played NRL for the club, but this is the next best thing – coaching at this club. It’s a big part of my family.

“Blue and gold has been in my bloodline for a long, long time. I’m just so grateful the club has put the trust in me to move forward with this squad.”

Arthur still had one year remaining on his original contract, however was no guarantee of surviving given concerns internally over his ability to take the team to the next step.

Those concerns were allayed in the final few weeks, prompting club officials to recommit to Arthur on an incentive-based deal for another three seasons.

“We didn’t get a few things right on the field for a period there, but I knew the team had a lot of desire and determination to try and turn it around,” Arthur said.

“The players didn’t lose their ability to play, we just didn’t have that real desire to put our bodies on the line for each other. Once we got that back, it’s what got us through it at the end of the year.”

Questions were asked about the quality in the roster at stages throughout the season, with many of the opinion they were a team without a superstar. Arthur has no issues with his squad, who he believes learnt a valuable lesson in the finals. 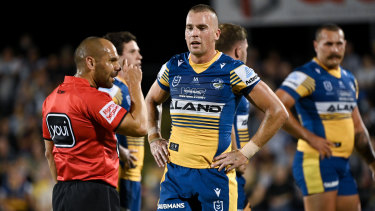 The Eels came so close to knocking off Penrith in the second week of the finals.Credit:NRL Photos

“It’s very hard to win a comp,” he said. “Our squad is very well-balanced. Our squad is built around a lot of hard-working players who want to play for each other. We have a squad that can push it with the top teams. As a squad we also learnt about finals football and the intensity they need to be played at.

“Defence was the focus for us this year in the finals, whereas maybe in the last couple of years we’ve been all out attack. We showed that we got close – it wasn’t good enough – but it was close and something we can work on next year.”

While the players learnt many lessons, Arthur says he learnt a lot about himself as the pressure mounted about his position as coach.

“I always push the boys about gut instinct and how their first thought is the right thought,” he said.

“I bunkered down and narrowed my focus. I wasn’t worried about too much opinion. The playing group needed to see that I was really clear on our direction we needed to go. I kept it really simple and narrowed it back to what they are good at as a group and what I’m good at as a coach.”

Arthur was also quick to shut down suggestions of a rift between he and general manager Mark O’Neill.

“Mark’s job is to look after the administration side of things and he does a really good job of it. It allows me to do what I get paid to do, which is coach the footy team. That doesn’t mean that every decision everyone in the club agrees on all the time.

“But we have to come together as a group and make sure we’re united by the time we make the decision. I feel like the time away we had in the COVID period has helped strengthen our club and helped everyone understand everyone’s roles and how important they all are to the success of the club moving forward.”