A Wallabies fan has taken a shot at the All Blacks after taking out a full-page advertisement ahead of a new era of Australia rugby union under coach Dave Rennie.

The Wallabies begin their Bledisloe Cup campaign in Wellington on Sunday.

And Australian fan Chris Walker, 81, has paid for an advertisement to encourage the team.

He also took the Kiwis to task for “losing respect” for the Australian game as the Wallabies attempt to end an 18-year Bledisloe Cup drought.

“If we had a chance to choose whom from the world’s countries we wanted for neighbours, most of us would go for Kiwis,” Walker wrote.

“They think like us, they’re not short of ticker and we’ve been in trenches with them over 100 years.

“However, they’ve lost respect for us as a rugby country. This clearly shows with their administrators. This needs to be corrected.

“All of Australia is with you. We’ve been quarantined out of NZ so you’re not going to get any ground support. Forget it, we are with you.”

Walker’s advertisement comes amid growing tensions between the two nations.

The intense financial pressures the COVID-19 pandemic has created in an already cash-strapped sport have opened up deep divisions over Rugby Championship scheduling and the future of the southern hemisphere Super Rugby club competition.

“There is respect there, but the relationship is at probably the lowest ebb it’s ever been,” McLennan said.

The result has been threats of boycotts, accusations of misrepresentation and a steady stream of potshots hurled from both sides of the Tasman Sea.

The Wellington Test was in danger of not going ahead when Australia coach Dave Rennie complained that New Zealand’s strict border controls would prevent his team training together, leaving them ill-prepared to face the All Blacks.

“Under those quarantine arrangements, I can assure you we won’t be playing a Test that weekend,” Rennie said, prompting officials in Wellington to back down and ease the rules.

The Australians then further angered New Zealand by scheduling their final Test on December 12, meaning players face the prospect of spending Christmas in isolation under New Zealand’s two-week quarantine requirements.

“I’ve had one player that has barged in my door and said, ‘I’m not playing at Christmas’,” New Zealand coach Ian Foster revealed.

The Australians countered that if the Kiwis had been hosting they would have forced the Wallabies into Christmas isolation, and claimed New Zealand Rugby had signed off on a schedule that included the December 12 Test.

New Zealand Rugby denied both allegations, saying it had been “blindsided”, and has not ruled out boycotting the final Rugby Championship fixture.

“We do challenge those that have made comments concerning NZR’s integrity, we defend our position and we’re firm on it,” NZR chairman Brent Impey said, insisting New Zealand never agreed to a Test on the disputed date. 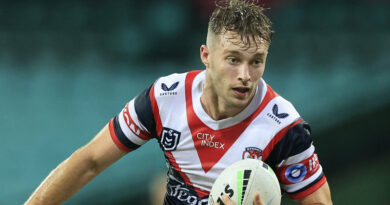 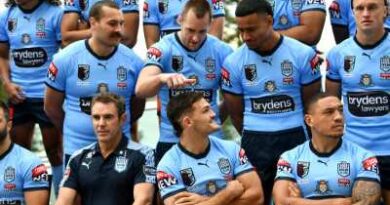 Everything you need to know before State of Origin I