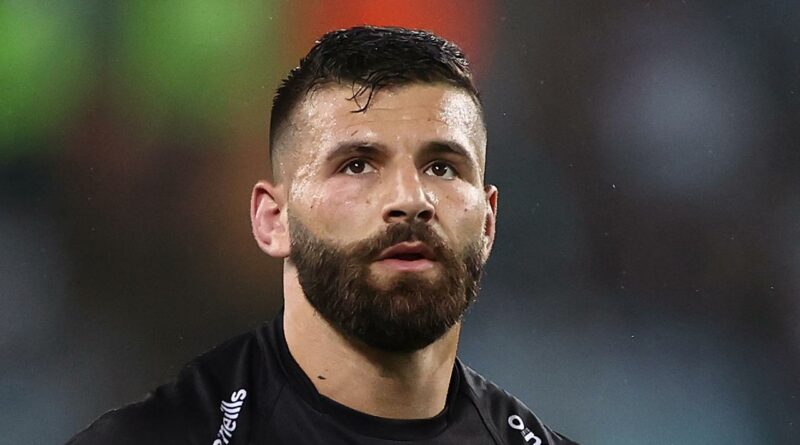 In November, it was revealed the Penrith Panthers veteran was no longer wanted at the club with one year remaining on his contract.

But the Rabbitohs snapped up the 30-year-old on Wednesday, giving him a new home in the NRL for the next two seasons.

Mansour will undeniably strengthen the South Sydney roster, but will be fighting for a spot in the club’s starting 17.

Josh Mansour of the PanthersSource:Getty Images

Rabbitohs Head of Football Mark Ellison said: “Josh is a highly experienced NRL and representative player that will bring many attributes to our team, the club and our community.

“He is a high work rate winger who is one of the competition’s leading players in terms of kick return metres, as well as a renowned finisher.

“More importantly he is a quality team and club man that inspires his teammates and brings energy to any team of which he is a part.

“We’re really excited to bringing a player of Josh’s ability and character back to our Club and we can’t wait to see him earn the right to pull on the Rabbitohs first grade jersey that eluded him a decade ago.”

Panthers General Manager Rugby League Matt Cameron said: “On and off the field, Josh has given great service to our club over a long period of time.

“He’s been an ever-popular member of our squad, a favourite with the fans and has proven the strength of his character in overcoming several serious injuries.

“As difficult as this parting of ways may be, it’s out of respect for Josh that we felt so strongly about giving him the opportunity to seek a starting NRL spot at another club in 2021.

“We thank Josh for his service to Panthers and wish him, his wife Daniella and their young family all the very best for the future.”

Thank you to my team mates, coaching staff, the fans & the club for an amazing 9 seasons together. It has been one hell of a ride. I have so many memories that I’ll take with me wherever I go. I’ll forever be grateful for my time as a Panther #513 pic.twitter.com/ROLiIU6FYR

Mansour played 48 games for the Rabbitohs in the National Youth U20s competition in 2009 and 2010 before joining the Panthers.

After making his NRL debut for Penrith in 2012, he played 158 games and scored 74 tries in a nine-year stint at the club.

“While this isn’t an ending I ever envisaged, I’ve made peace with the decision and I’m ready to move forward with a new challenge,” Mansour said.

“I want to thank the club and the fans for their incredible support through the ups and downs of the last nine years.

“I’m so grateful for every moment and everything Panthers has given me and my family.

“Whatever the future holds, I’ll always consider myself a Panther and be proud of what I achieved at the club.”

The Rabbitohs will take on defending champions the Melbourne Storm for their first match of the 2021 premiership.

Cameron trade leaves Henry bracing for move away from Geelong