The AFL has threatened fines of up to $10,000 or to send home players who behave poorly while holidaying in Queensland after their season ends.

In a directive send to clubs, the AFL also cautioned players about "late night precincts located throughout Queensland'' that had "a high visibility policing presence'' – effectively a warning to avoid situations such as the arrests of Richmond pair Sydney Stack and Callum Coleman-Jones, who were sent home and suspended for 10 weeks after an incident at 3.30am in Surfers Paradise.

In the memo sent to clubs, the AFL did not specify the actions that would bring either a hefty fine of up to $10,000 or for players to be sent home, but said players could be sanctioned for "conduct unbecoming'' – the catch-all term for poor behaviour that has been used for player penalties in the past.

The AFL communique said players had been granted "a social license'' in Queensland, and that they "must conduct themselves in a manner that respects that license.''

The memo asked players and officials to be aware of Queensland's restrictions and laws, which may change over the time they are in the state. The Queensland state government has also made it clear that it will not tolerate poor behaviour from those representing the code.

The Queensland government not only gave players, officials and their families permission to enter the state for the season, it also agreed to allow them to remain for a post-season holiday if they chose to do so, rather than immediately returning to their home state.

This has raised concerns about the potential for players to embarrass the league once granted freedoms that have not been available to them in a trying season and especially to those from locked-down Victoria.

AFL boss Gillon McLachlan revealed on Thursday that the league had contributed $60 million to the state's economy by relocating. 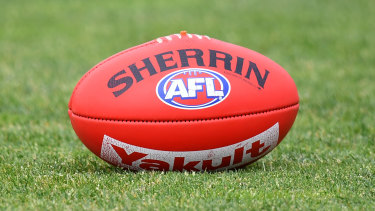 Players and officials who step out of line while in Queensland after the season have been told they will be sent home.Credit:The Age

McLachlan said those who entered the Sunshine State via the AFL exemption were only there because of the "good grace" of the government.

"I am confident people understand their responsibility," McLachlan said.

The AFL contemplated hefty penalties for those who transgressed, but after talks with clubs and the Players' Association, the league accepted that the rules for conduct unbecoming or bringing the game into disrepute were sufficient for penalties.

There are also many players out of contract attempting to find a spot on a list while others know they are not being retained.

Players Association CEO Paul Marsh visited North Melbourne, West Coast and Greater Western Sydney on Wednesday and made it clear to the players that they had a huge responsibility to conduct themselves well after the season ended.

The same message is expected to be delivered to all playing groups following Thursday's formal directive to clubs.

St Kilda star Dan Hannebery said last week he hoped players would retain relative freedom after living for six months under AFL protocols, which have been stricter than those Queenslanders are following.

"I think the players deserve a bit of a break – a holiday, because reality is we've been uprooted out of homes, blokes have been away from the family for long time and it's been the never-ending year which guys just keep accepting the path that we're on," Hannebery said.

Tottenham backed to make ‘one of the signings of the summer’ – and it’s not Gareth Bale
We and our partners use cookies on this site to improve our service, perform analytics, personalize advertising, measure advertising performance, and remember website preferences.Ok