Sydney co-captain Luke Parker has claimed his third Bob Skilton Medal, underlining the significant leverage he holds amid a protracted stand-off with the club over a new contract.

Parker, 28, was named the Swans’ club champion for 2021 on Thursday night but is yet to agree terms on a new deal, with his current contract expiring at the end of this year. 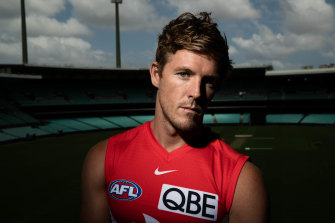 Luke Parker has won his third Sydney Swans club champion award, but his future at the club is unclear.Credit:Janie Barrett

The star midfielder played every game for the Swans this season, averaging 28 disposals, and had 34 touches in their elimination final defeat to the GWS Giants last weekend.

The award – which is voted on by coach John Longmire and his assistants – puts Parker in some illustrious company as a three-time winner, alongside the likes of club greats Adam Goodes, Josh Kennedy and Gerard Healy.

Parker is believed to be determined to stay at Sydney for the remainder of his career but has not been able to find middle ground with the club over his salary demands, having sought security after yet another highly productive campaign.

Rival teams are watching the situation closely as the Swans try to sign up a crop of important off-contract players while balancing a tight salary cap – a situation not helped by Lance Franklin’s heavily back-ended deal, which will enter its ninth and final year in 2022, when he’ll be reportedly paid around $1 million.

Parker said it was “bittersweet” that the Swans were no longer in finals contention but was grateful for a year in which the Swans knocked off some of the AFL’s most feared teams and returned to the top eight after a two-season absence.

“Some of the wins we have had have been incredible,” Parker said in a statement after accepting the Bob Skilton Medal, which he also took out in 2014 and 2017.

“Whether coming from behind or when unfortunately, some of the boys got put into quarantine and the way the group handled that situation, it just puts a smile on your face.

Parker finished with 543 votes, ahead of second-placed Jake Lloyd (504) and third Jordan Dawson (502), who is also out of contract and yet to re-commit to the club.

“I love seeing blokes grow, I look at Rowy (James Rowbottom), Chad [Warner], Errol and Braeden [Campbell], knowing I was in that position and the growth and expertise that Adam Goodes, Jude Bolton and Jarrad McVeigh gave me when I was first at the club,” Parker said. “They helped me get to the level I am at now and I just want to help these young guys along the way and make them become the best player they can possibly be.”

Knives out for Blues golden child 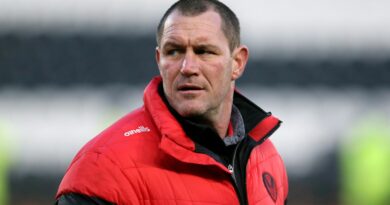