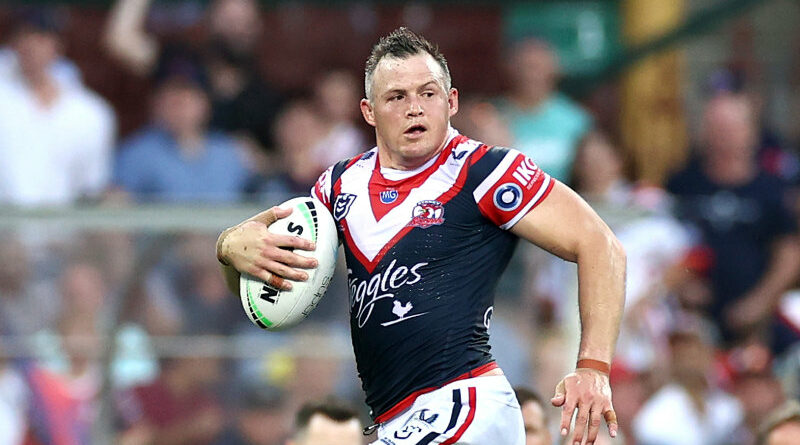 Ageless Roosters star Morris, who became the first player in top grade history to score hat-tricks in the first two rounds of the season, was baffled with the early leaderboard having picked up a maximum six points after floggings of the Sea Eagles and Tigers. 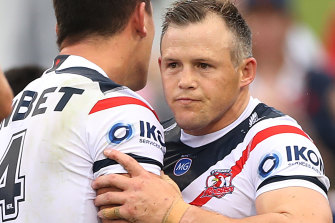 Try-scoring machine Brett Morris believes the praise hasn’t been properly shared after the Roosters’ red-hot start to the NRL season.Credit:Getty

But the 34-year-old said he had not given the rarefied air any thought as he chases his third NRL title, having been part of St George Illawarra’s drought-breaking 2010 side and the Roosters record-breakers in 2019.

“I just wanted to play with my mates and win premierships and try and be that player you can rely on and never let your teammates down,” Morris said. “The tries are a bonus to that.

“It’s not something [where] I sit at home thinking, ‘Oh, I need to score so many tries this weekend to beat the next guy’.”

Morris and New Zealand international Joseph Manu have formed a lethal combination on the Roosters’ right edge, which shredded the Tigers.

Keary and Tedesco have set up a swathe of opportunities for Morris in the opening fortnight before their sternest test against arch-rivals South Sydney on Friday night.

“It’s our third year playing together now so I guess it has come over time,” Manu said. “We definitely have a good connection and he’s a really good person off the field too. He loves to have fun in training.

“Whenever he gets a bit of space or near the try line, he knows how to get over it. It’s pretty crazy how it looks like he’s got even better over the years.”

’We don‘t let players like that walk out the door’