Brisbane have confirmed that star playmaker Anthony Milford has been indefinitely sidelined with a knee injury.

And in another blow to the Broncos, flyer Richie Kennar is expected to miss the rest of the season after a shoulder complaint suffered in their last-round loss to Newcastle.

Casualty: The loss of Anthony Milford for an indefinite period could hit Brisbane hard.Credit:AAP

Brisbane confirmed Milford had sustained a "left-lateral knee injury" after coming off early in their 26-12 loss to the Knights on Saturday.

But it remains to be seen how many games he will miss, although Milford has been officially listed as "indefinite".

"The early diagnosis is a lateral meniscus, the severity of the injury is not yet fully known," the Broncos said in a statement.

"Kennar suffered a shoulder injury early into the contest and it looks like he may have to undergo surgery," the club said.

"Kennar will have a surgical review tomorrow, with the plan to prepare him for the next season." 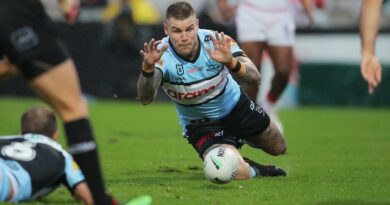