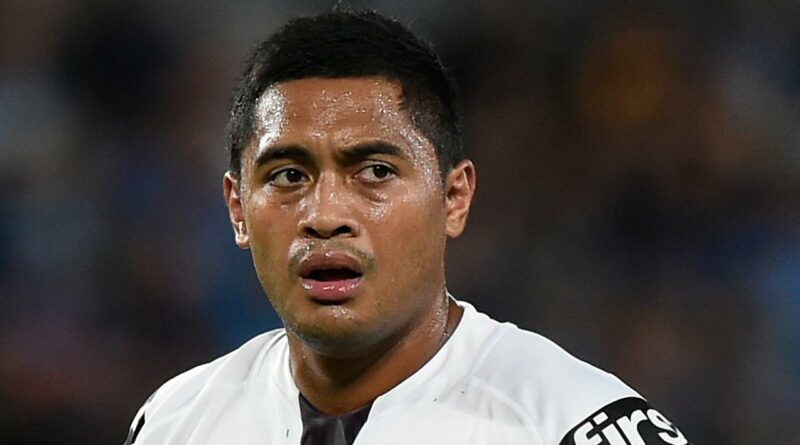 Another lacklustre performance from the Broncos has fans searching for answers.

They looked strong and ready to compete with the Storm in the opening 20 minutes of Friday’s game. But as soon as Ryan Papenhuyzen scored his first of four tries, old habits started to sneak back into Brisbane’s game.

It seems coach Kevin Walters is still searching for answers too when it comes to his best halves pairing. Anthony Milford and Brodie Croft were named at No. 6 and No. 7 but Croft was benched in favour of Tom Dearden in a late switch before kick-off.

Milford was spared the axe this week but after a 40-6 thrashing, he might not be so lucky next week.

It would be unfair to heap all of the blame on Milford. The 26-year-old has been under immense pressure due to his form over the last couple of seasons but he did have some nice moments at AAMI Park on Friday.

He kicked a 40-20, had two tackle busts and early on his kicking game was on point.

However, Milford – like the men around him — fizzled out after the 20th minute.

Milford constantly finds himself under fire because of his hefty pay cheque. The playmaker is earning $1 million — but that looks set to change. He is off-contract at the end of the season and Fox League’s Greg Alexander and Michael Ennis don’t foresee the Broncos re-signing him.

NRL: Greg Alexander didn’t hold back when discussing Anthony Milford’s performance for the Broncos against the Melbourne Storm, saying he hasn’t played well in years….

NRL: Greg Alexander didn’t hold back when discussing Anthony Milford’s performance for the Broncos against the Melbourne Storm, saying he hasn’t played well in years.

“Are the Broncos looking for two new halves? How long do they persevere with Anthony Milford?” Alexander asked the panel.

Ennis responded: “The time with Anthony Milford, I think, is done in Brisbane.”

Milford arrived at the Broncos in 2014 as an emerging star. He had so much talent and so much promise. In his first season at Red Hill, Milford played a huge role in getting the Broncos to the grand final — and was a whisker away from winning the Clive Churchill Medal.

But Alexander believes the once elite playmaker hasn’t shown that same form for a couple of seasons now.

“He just hasn’t aimed up.

“He’s not the player he was in 2015 when the Broncos made the grand final.

“He’s searching and I guess Kevvie’s searching too because I don’t think he’s settled on who’s going to be seven and six.

“Sometimes it’s these sort of situations where they find themselves on the 30 (metre line) attacking and he decides to run the ball and it doesn’t come off.”

Anthony Milford of the Broncos.Source:Getty Images

Titans head of performance and culture, Mal Meninga, spent time with Milford when the pair were at the Raiders.

He believes the under fire five-eighth is suffering from no confidence — and potentially still recovering from a hamstring injury that’s hampered him last season.

“When he gets in the clear, he was in the clear a couple of times tonight and he didn’t put the hammer down. He didn’t take advantage of the situation.

“He looks like he might be still carrying, or psychologically carrying that hamstring injury he had for a long time.

“He ran out of answers with his kicking game and all of a sudden he was just putting the ball up in the air.”

If there’s a way forward for Milford, Meninga believes it’s under Walters. The two have a good relationship from when Walters was an assistant coach during Milford’s best days as a Bronco.

“They always talk about the influence Kevvie’s had on him when he was assistant coach so I’d imagine he’d be listening to Kevvie,” Meninga said.

“You listen to what they tell you about their off-season. He’s the fittest he’s ever been, he’s lost a bit of weight, lost a bit of that puppy fat that he generally carries but things are not working at the moment.

“It is confidence I think. It’s hard sometimes to get that back unless you get back in the winner’s circle.” 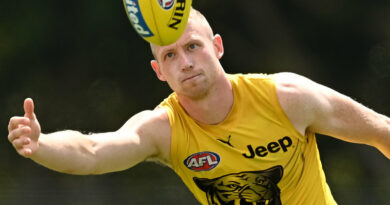 Case for the defence: How Grimes is one victim of new rules 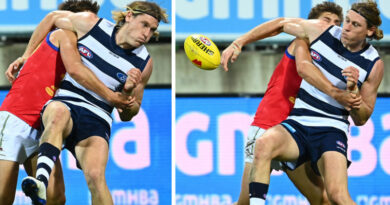 Holding the ball should have been the call: AFL

But wait, there’s more: Broncos put the feelers out for Folau