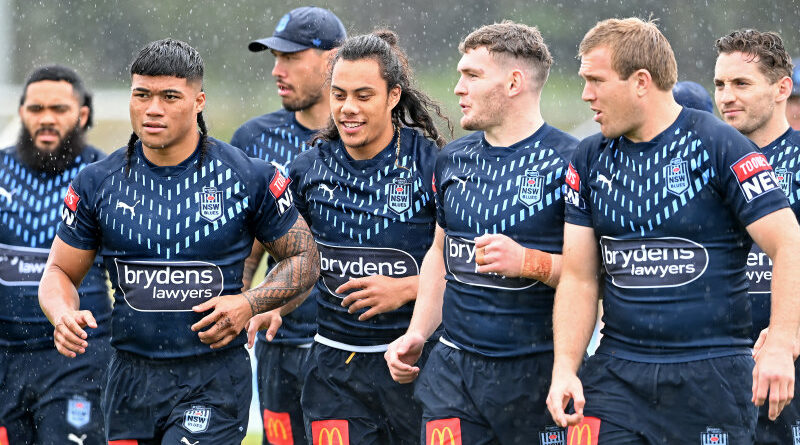 Matt Burton has praised Latrell Mitchell’s selflessness for his State of Origin withdrawal before brushing off suggestions a minor calf injury will disrupt the Blues’ preparations for the series decider.

The Bulldogs star was rested from Brad Fittler’s first serious session in driving rain at Kingscliff on Wednesday, having suffered a niggle in the NRL slog against the Sharks at CommBank Stadium last weekend.

It is the only health concern for NSW in the countdown to Origin III, but Burton was quick to assure officials he expects to be on the field with his teammates on Thursday.

“I just pulled up a bit tight,” he said on Wednesday. “It was precautionary today, I didn’t want to go out there and risk doing something to it. I’ll be sweet to go [on Thursday]. It just popped up after the game, it’s nothing too major. It will be all good.”

Jack Wighton took Burton’s place at left centre for the session, which saw NSW players digging into the waterlogged turf after a torrential start to their preparations on the state’s far north coast.

Burton briefly threw passes with Fittler, who kept faith in the 22-year-old for the series finale despite the return of Wighton from COVID-19. 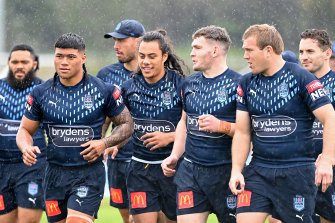 Matt Burton (third from right) is expected to train with NSW on Thursday in Kingscliff.Credit:Getty

Mitchell’s decision to make himself unavailable took away one selection headache for Fittler, and Burton said he was appreciative of the South Sydney fullback’s Instagram post lending support to the Origin rookie to keep his spot for game three.

“I did hear about it,” Burton said. “It’s pretty selfless from him to rule himself out because I reckon he’s one of the best players in the game.

“I didn’t really think too much about [Mitchell’s post]. I wasn’t too sure if I was going to get the call to come back in. Jack was coming back from COVID, and I’m just grateful to get another opportunity to get back into the side.”

Burton’s injury update came at the same time Queensland declared Cameron Munster fit for the decider with their influential No.6 recovered from a shoulder injury during NSW’s game-two drubbing of the Maroons in Perth. 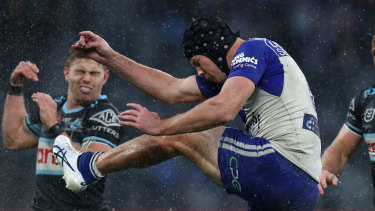 Matt Burton kicks during the Bulldogs’ NRL loss to the Sharks.Credit:Getty

Burton scored a try and terrorised the Maroons with his kicking game, looking right at home in sky blue in his first trip to Perth.

“I was that nervous before the game, thinking a lot about it,” Burton said. “It does give me a lot of confidence heading into the next game. I can’t wait to get out there again.”

The Blues are trying to become only the third team in Origin history to win a series decider in Brisbane, and it is being used as a major driver before the July 13 clash.

NSW captain James Tedesco said the venue has been a happy hunting ground lately with the Blues sealing the 2021 series in game two after keeping Queensland scoreless, and the Penrith contingent winning both the preliminary and grand final at Suncorp Stadium last year.

“It’s not fear, but everyone expects and knows what the atmosphere is going to be like,” Tedesco said. “It’s going to be all against us and booing every time we get the ball, but I think we’re used to it now. We’ve got a couple of debutants, but most of us have experienced that and it’s a good challenge coming ahead.” 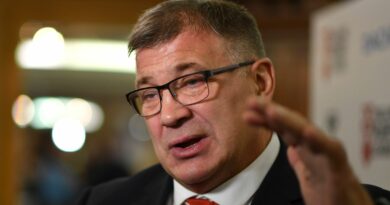 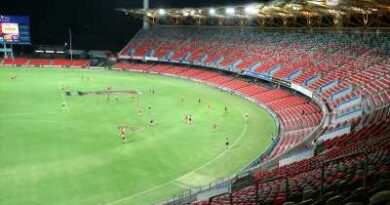 Sorry Tassie, the AFL can’t afford to expand for a decade: Suns chair