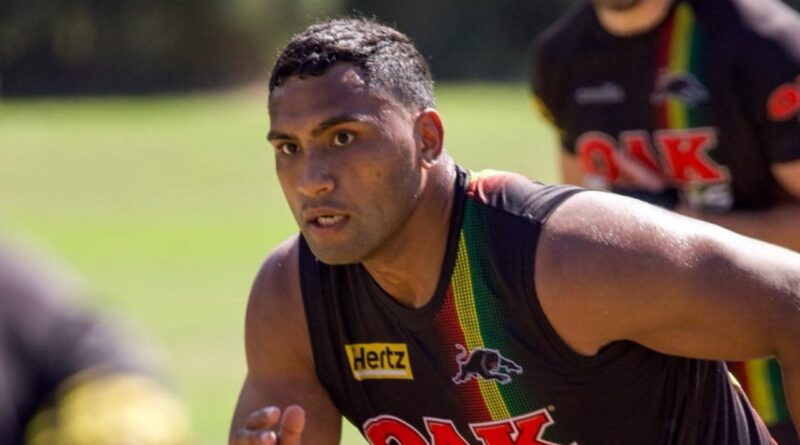 It’s been an arduous wait for Panthers fans wanting to see Tevita Pangai Jr step onto the field in a Penrith jersey, but that wait appears to be over.

Panthers coach Ivan Cleary confirmed the former Broncos enforcer will make his long-awaited debut for the club against the Rabbitohs on Friday night, almost a month after he signed a three-month deal with the club.

The race to the 2021 NRL Telstra Finals Series is on and every game matters. Watch Live & Ad-Break Free on Kayo. New to Kayo? Try 14-days free >

“He was very much ready a couple of weeks ago, and then had some very difficult circumstances to deal with.

“He’s come back and very keen to get back on the field.

“We need to get him out there and get him playing with his new teammates.”

Pangai Jr made the mid-season switch from the Broncos to the Panthers. Picture: NRL PhotosSource:Supplied

Pangai Jr linked up with the Panthers on a short team deal before announcing he would join the Canterbury Bulldogs until 2025 on the same day.

The 25-year-old was at the Brisbane Broncos beforehand, but his relationship with the club turned sour as the Red Hill outfit struggled early into the season.

The opportunity to gain an offensive weapon like Pangai Jr was too good to pass up for Cleary, as the Panthers look to go one better than they did in 2020 after losing in the grand final to the Melbourne Storm.

Despite having to wait almost a month for the forward to make his first appearance in Penrith colours, Cleary says it’ll be worth the wait.

“Ever since he got here, and even before that when I first spoke to him, I felt a real fire in his belly to be part of our run at the finals.

“He’s just really hungry to be part of it, just looking forward to seeing him get out and enjoy his footy.

Rubbing shoulders with the likes of Isaah Yeo, Nathan Cleary and Jarome Luai will be the experience of a lifetime for Pangai Jr, and he’ll no doubt soak up every minute he gets with the high-flying side.

As for his new teammates, they’re just as supportive and fired up to play alongside the bruising forward.

“Any new energy is good, especially at this time of year,” Cleary said.

“Tevita’s been in and around the group for a while now.

“Although he’s been missing for the last couple of weeks, everyone was still thinking of him and contacting him.

“He’s just really hungry and wants to do well, and everyone can feel that and see that.

“I think we all understand Tevita’s talent, but it’s more so his desire that’s on show every day that I think the boys are really connecting with.”

There aren’t much bigger occasions to make your debut than a game against the Rabbitohs, who sit in third spot on the ladder on equal points with the second-placed Panthers.

When the two sides met in round 11 earlier this season, Cleary’s team trounced the Bunnies 56-12, as Matt Burton bagged a hat-trick. 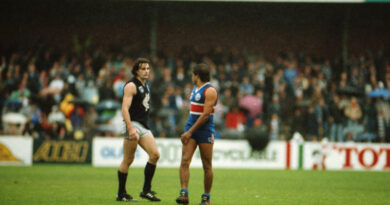 From the Archives, 1991: Footscray shines while Blues go to the dogs

‘We scratch our heads’: Saints coach bemoans lack of help for star recruit