Sea Eagles coach Des Hasler says Daly Cherry-Evans is unfazed by recent criticism over his State of Origin credentials, and has backed him to play a big role in the run home to the finals after he was rested for Manly’s 32-18 win over the Dragons.

Cherry-Evans and the Trbojevic brothers played the role of ball boys on Friday night as the Sea Eagles stormed home in the second half to temporarily move into fifth spot without their three biggest stars.

The win came 48 hours after the Maroons salvaged some pride in a campaign that had seen people question Cherry-Evans’ leadership after some nonchalant comments he made after the series-deciding loss in the second match.

“He compartmentalised it pretty easily, but Origin is such a (big) game these days that the only game people tend to remember is the last game played,” Hasler said.

“Even though NSW won the series, they came under some criticism for the way they came out and played the game, but that’s Origin.

The Sea Eagles skipper was booed when he went on stage on Wednesday night by a Gold Coast crowd that hasn’t forgotten how he backflipped on them, but the Titans would do anything to have him in their team now.

Cherry-Evans might come under fire every now and then, but his form for Manly has been outstanding this season and he’s one of the main reasons why they are flying high after a horror start to the year.

It’s little surprise he was given the night off, and the gamble paid off, with Kieran Foran and Josh Schuster stepping up in his absence.

“Chez has had a big six weeks,” his coach said.

“Origin is a really tough arena, and he’s put his body on the line a few times. He came away with a few niggles, and we just thought it was a good time for a rest. The boys took on the challenge and they stepped up.

“This period now with the run home, this is when the intensity really picks up. I thought that game was a good sample of it.”

A place in the top four seems unlikely given the Eels and Rabbitohs are six points clear, but with five of their remaining seven matches against teams below them on the ladder, the Sea Eagles haven’t given up.

Hasler says teams should be able to handle the bubble, and believes a healthy roster is the key to challenging for the title.

“We’ve just got to keep winning.

“I know it might sound like a cliché, but that’s the only way we’re really going to make it happen. We can’t control that, but we can certainly control our own destiny.” 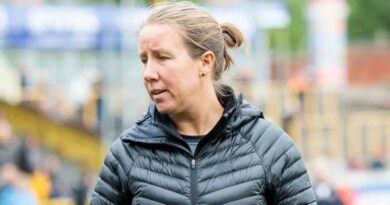