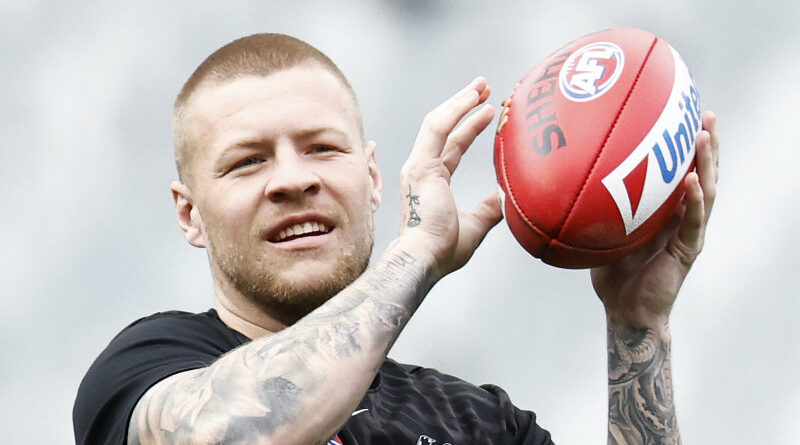 Collingwood star Jordan De Goey has arrived back in Australia, as he gets set to fight assault and harassment charges via video link into a New York courtroom next month.

De Goey, 25, arrived in Sydney on Tuesday morning from the US, where he was last month arrested and charged after an incident in a New York nightclub. 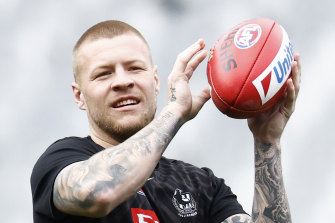 He has been stood down by the Magpies and is his career with the club hangs in the balance.

Magpies football department chief Graham Wright had been in talks with De Goey and his manager Ryan Vague about a new contract before the New York incident. De Goey will be a free agent when his contract expires next season and, at his age, could have commanded a long-term contract, similar to what Richmond superstar Dustin Martin and Melbourne’s Christian Petracca have.

Coach Craig McRae said last week the club had been in constant contact with De Goey to offer him help and support, but would not say anything further on the talented midfield-forward’s future at the club.

“Time will tell [on De Goey returning to the playing group],” McRae said.

De Goey had been granted a special exemption and gone to California to train at a specialist academy as part of his Monster Energy contract.

He had initial forcible touching charges, for an alleged incident involving a 35-year-old woman, dropped in the days after the incident.

However, De Goey has still been charged with assault and harassment, having allegedly attacked a 37-year-old man who came to the woman’s aid. The NYPD said De Goey had allegedly “punched with a closed fist and kicked a 37-year-old male causing pain and swelling. Continued to punch and kick victim while victim was on floor with a co-defendant.”

“Mr De Goey intends to vigorously defend himself against these unwarranted charges,” Kaplan said this month.

Since being charged, De Goey returned to training in the US. He has been stood down indefinitely by Collingwood on full pay.

De Goey has played 118 senior matches since he was taken with the No.5 pick in the 2014 national draft.

In August, he was fined $2075 after pleading guilty to road offences, including speeding while driving a sports car when he was a P-plater and sending text messages when stationary at traffic lights.

In 2018, De Goey was caught drink-driving while on his P-plates and fined $10,000 and suspended by Collingwood. That incident came a year after he was suspended by his club for lying about how he suffered a broken hand in a bar fight in St Kilda. 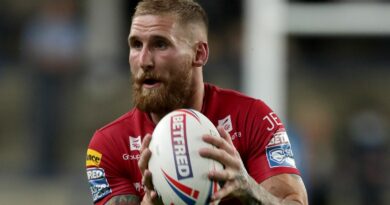