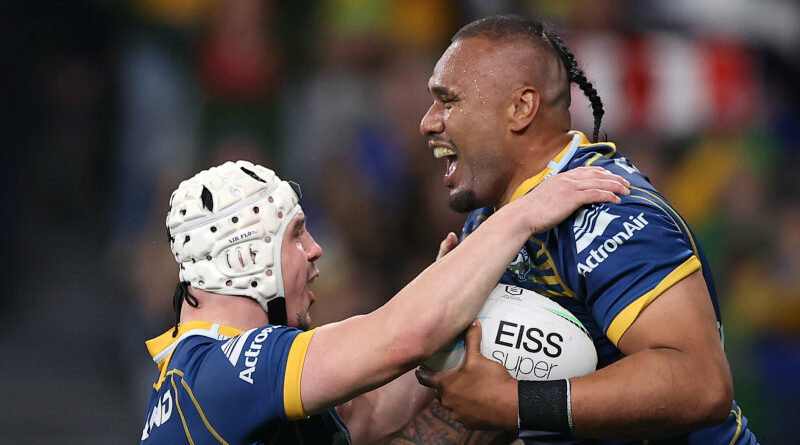 Reed Mahoney was still in primary school when the Hayne train was leaving Parramatta station bound for Sydney Olympic Park and something more than a week-two finals exit.

Not since Jarryd Hayne’s peerless run in 2009 drove Parramatta to a grand final have the Eels featured so deep in an NRL competition. That was just about the closest the Eels have gone to ending a 36-year premiership drought tinged with grand final heartbreak, preliminary final exits and wooden spoons.

Twice they fell at the final hurdle: once as underdogs to Melbourne and once as favourites to Newcastle. Five times they fell one win short of a grand final appearance. Among them were sure things that turned out to be anything but.

Few days could sum up Parramatta’s decades of heartbreak better than the 2001 grand final, when they started short-priced favourites only to turn in a diabolical opening to trail 24-0 after barely half an hour. The Eels romped home, but it was all too late in a 30-24 loss.

The loss was all the more difficult as Parramatta had dominated the season, setting records as they went, and piling on an astonishing 839 points in 26 matches.

Then there was the preliminary final in 1998. The Eels surrendered a 12-point lead with less than 11 minutes remaining against Canterbury and dropped the game in extra time on the back of a 25-minute period Paul Carige would do anything to have again. It was the first of three successive losses in grand final qualifiers.

Then there was a 29-0 defeat in the 2005 preliminary final against North Queensland, a shock loss that left grand final-bound Tigers coach Tim Sheens and halfback Scott Prince convinced they’d just won the lottery. The Eels will again face the Cowboys, this time in Townsville on Friday night, for a spot in this year’s grand final.

Now Mahoney and the modern-day Eels are giving their fans a reason to dream again, telling the Herald earlier in the finals series their fate rests on a unit rather than one man. So much of the talk will be about their halves pairing, but the departing hooker, desperate to win a premiership with Parramatta before he packs his boots for Belmore, wants to start with Junior Paulo. 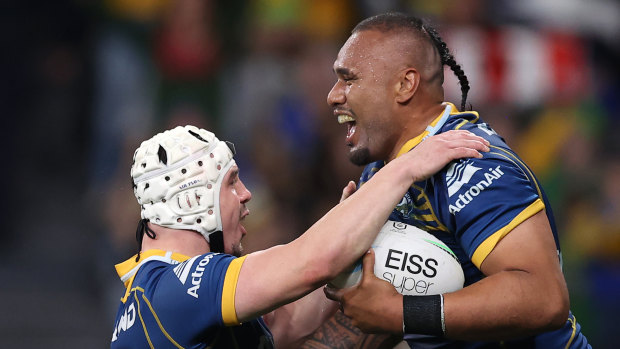 “I’d only played a few games before he came back to Parra, but I always knew what he was about,” Mahoney said. “He was a big boy playing with Josh [Papalii] down in Canberra; they were the two big boppers down there. When I knew he was coming to Parra, I was pretty excited.

“He’s a real, genuine leader. You know what you’re going to get from him. He plays his heart out, he’s a big boy and his presence is always felt. To have him by my side is a good thing.

“They’re the biggest boys on the paddock, [Reagan Campbell-Gillard] and Junior. Their presence and the way they’ve both been playing, they’re leading the whole team at the moment.”

They’re laying a platform for Mitchell Moses, Dylan Brown and Clint Gutherson to run riot, just as they did in a 40-4 thrashing of Canberra that secured Parramatta’s first preliminary final berth in 13 years. Raiders back-rower Elliott Whitehead has copped a pair of fines for dangerous contact on Brown and Campbell-Gillard.

“Our six and seven have been really good this year,” Mahoney said. “Dyl [Brown] has really stepped up and matured as a player. He has taken ownership of his edge. Mitch has just been Mitch, he just dominates the game.

“Every year he matures and gets more experience. This year especially, he has really taken on owning the team as a halfback. He really does that, and it has shown in his performances. He’s pretty much like another captain out there.

“It makes it a lot easier. Mitch gets us around the park and tells Dyl and I what he wants from us. Gutho as well just does Gutho.

“[Brown] is doing more video with Brad, he’s watching more footy. You can tell in the few weeks we didn’t have Mitch, he really stood up and led the team. He does that now with Mitch coming back into the team. They’re both really bouncing off each other really well.”

Stream the NRL finals series live and free on 9Now. 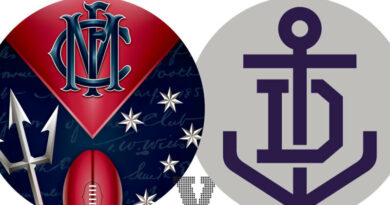 AFL 2021 LIVE updates: Demons take on Dockers as Bombers prepare to face off with the Hawks in first round of season

How working-class superstar Dickie Lockwood turned rugby on its head 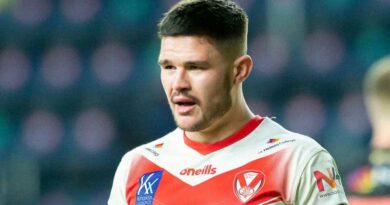