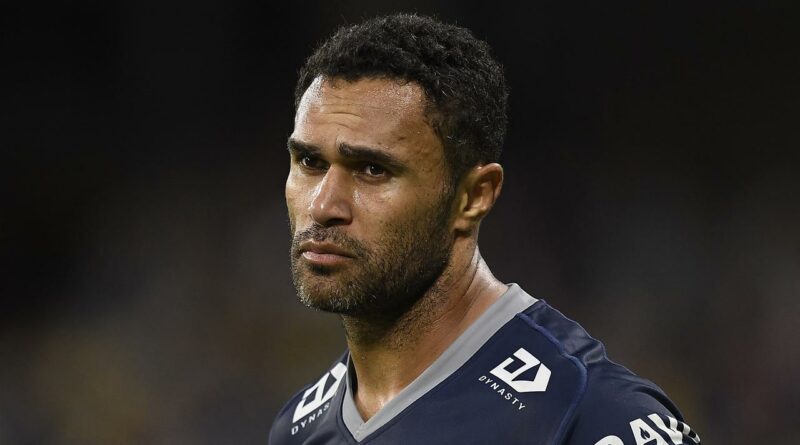 The Gold Coast Titans and North Queensland Cowboys have been told to leave Queensland immediately as the Sunshine State’s COVID-19 outbreak continues to wreak havoc.

In response to the latest COVID cluster, the NRL has rescheduled two of this weekend’s games, advising the Cowboys and Titans to relocate to Sydney immediately.

Kogarah’s Netstrata Jubilee Stadium will now host a double-header on Saturday, with Cronulla poised to take on the Cowboys at 5.15pm AEDT before Canberra face the Titans at 7.45pm local time.

The fixtures were originally scheduled to take place in Sunshine Coast Stadium and the Gold Coast’s Cbus Super Stadium respectively.

Breaking: Titans AND Cowboys both moving to Sydney today. Likely double header at Kogarah with Titans to play Canberra and Cowboys to take on Sharks on Saturday.

The decision comes 48 hours after the Brisbane Broncos relocated to Sydney for their next two games against the Melbourne Storm and South Sydney Rabbitohs.

The Victorian Government granted exemptions for the Broncos to travel into the state for Friday’s game at AAMI Park.

All three Queensland-based clubs are expected to remain in Sydney for round five, with next weekend’s fixture between the Newcastle Knights and Titans unlikely to be held on the Gold Coast, according to NRL.com.

“We are prepared for the worst. It’s a sacrifice that we have to make to keep the game alive,” Broncos skipper Alex Glenn said.

“It’s a little taste of what the Warriors went through last year. If we get back sooner (to Brisbane) it’s a bonus.

“The Warriors did this for 12 months, but all our families in Brisbane have the support.

“It is definitely a sacrifice being away from your family, especially with kids, but we are trying to keep the game alive for the other games, and this is the sacrifice we have to make for the game and emotionally we have to commit.”

All 16 NRL clubs have been told they must enter Stage 2 COVID protocols as the league deals with the fallout from the Brisbane outbreak.

On Tuesday morning, an email was sent to all club bosses breaking the news, which means all players must wear masks whenever they are indoors in public, are banned from public transport and must adhere to temperature checking before each training session.

Ride share services must only be used as a last resort.

Meanwhile, the Bulldogs have been forced back into a biosecurity bubble after playing their round three game in Brisbane last weekend.

All of Canterbury’s 21-man squad and staff that travelled to Suncorp to face the Broncos will also be forced to undergo testing prior to this weekend’s clash with the Rabbitohs.