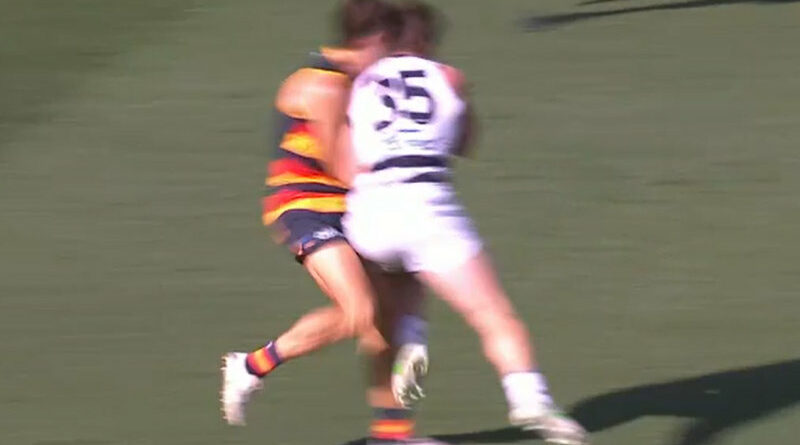 Geelong champion Patrick Dangerfield has been sent straight to the tribunal for a clash that left his Adelaide opponent Jake Kelly with a broken nose.

Dangerfield was charged by match review officer Michael Christian with engaging in rough conduct and the incident was assessed as careless conduct, severe impact and high contact.

The collision happened during Geelong’s shock 12-point loss to the Crows on Saturday, and also left the 2016 Brownlow Medal winner with blood flowing from his head.

Bomber Mason Redman was fined for engaging in rough conduct with Blake Hardwick.